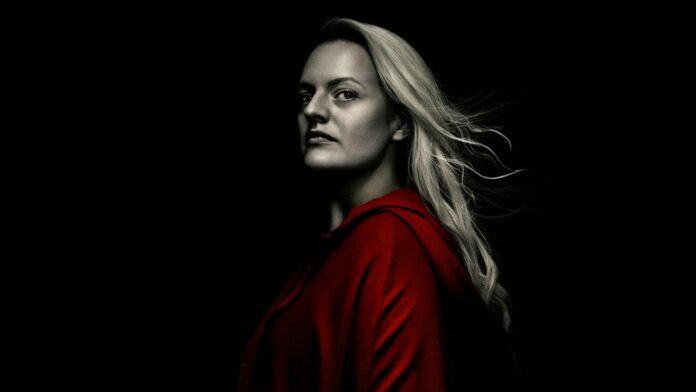 In season four of The Handmaid’s Tale June Osborne (Elisabeth Moss) morphs into the furious, determined rebel leader of a group of handmaids on the run. June is out for revenge, and her rage threatens to consume her.

The Handmaid’s Tale is streaming first on Showmax. All previous seasons are also available for streaming. The drama series, based on the award-winning, best-selling novel by Margaret Atwood, is the story of life in the dystopia of Gilead, a totalitarian society in what was formerly part of the United States.

Moss is at her best, portraying a woman who is deeply traumatised, desperate and unstable. As June searches for Hannah and grieves the loss of some of her friends, we see her explode with anger and violence at times. A lesser actress might reduce the complex June from earlier seasons into a one-dimensional character. But Moss avoids that trap deftly, and June is no less relatable than before.

Luke Bankole (OT Fanbegle), now living in Canada, returns as a central character. He struggles to come to terms with what has happened to June and Hannah. Fanbegle brings a heartbroken, vulnerable and believable Luke to us in season four.

We meet up with some of the escaped handmaids and aunts in Canada as they try to move on from Gilead. These characters have grown and developed since they were last in Gilead, and the show’s writers have a sensitive, nuanced take on their trauma.

Alexis Bledel stands out once again, with an understated and powerful portrayal of Emily Malek, who is struggling to adapt to her life in Canada with her partner and child. These subtle performances are contrasted by the violence and sadism of the commanders and aunts of Gilead.

It is edge-of-your-seat stuff, and, having helped a plane full of children escape Gilead in season three, June is in more danger than ever before. Will June finally find Hannah and escape Gilead? And if she does, will she lose herself in the process?

If you’re a fan of chilling and tense fantasy, this Emmy Awards and Golden Globes winner is a must-watch series. — Sarah Evans

Now that he has withdrawn from the Senzo Meyiwa murder trial, will the promise of justice for the Meyiwa family be kept?

With fewer people visiting branches, opting to seek services online, something has to give