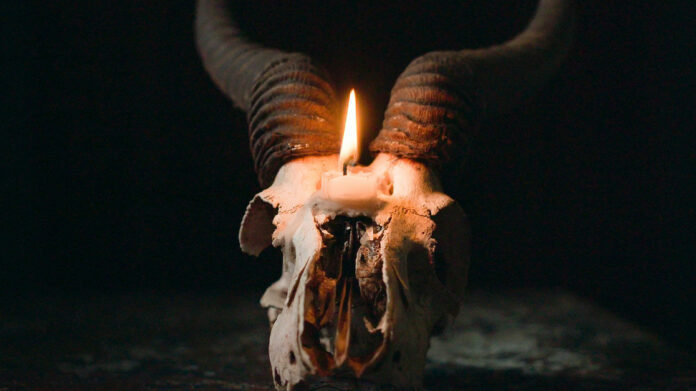 Think you know everything about the famous Krugersdorp murders of 2016? Think again. Devilsdorp, the true crime documentary currently on Showmax, is a chilling expose of the killers who terrorised the small town for years.

Devilsdorp takes us behind the scenes of a string of seemingly unrelated murders that took place in the quiet town of Krugersdorp, on Johannesburg’s West Rand: the 2016 “Appointment murders”, when seemingly random residents of Krugersdorp were killed en route to various appointments; and the “Satanic” killings of 2012 — a series of murders thought to be linked to the occult.

It is bizarre, shocking, terrifying and brilliant.

When members of a local church become involved with Cecilia Steyn, a self-proclaimed reformed Satanic witch, they become enmeshed in a world of weird rituals, bizarre (and faked) demonic possessions — and crime.

Steyn’s supporters split off from this church, forming a cult, whose members brutally kill anyone opposed to it. Her co-conspirators include a local teacher and her two young children.

In Devilsdorp, we stare evil in the face and try, unsuccessfully, to comprehend it. But there are also heroes in this story, such as the brave policemen and prosecutor who brought the killers to justice. And we see heroism of a different kind, in the family and friends of the victims, trying to live ethical lives in spite of their anger and grief.

It is directed and produced by David Enright of production company IdeaCandy and expertly narrated by Nertwerk24’s Jana Marx, who has investigated the murders extensively. The documentary is meticulously researched, and the interviews are extensive and illuminating.

Ultimately, Devilsdorp is not about the occult. It is about a group of bog-standard criminals who weaponise Christianity to scare a religious community into submission, for financial gain. It will scare you, educate you, and possibly leave you with a bit of hope. — Sarah Evans

Just when you thought the Spanish off season couldn’t get any weirder, Lewandowski and his costly colleagues might be left in lavish limbo