The Role of Academia in Fighting GBVF 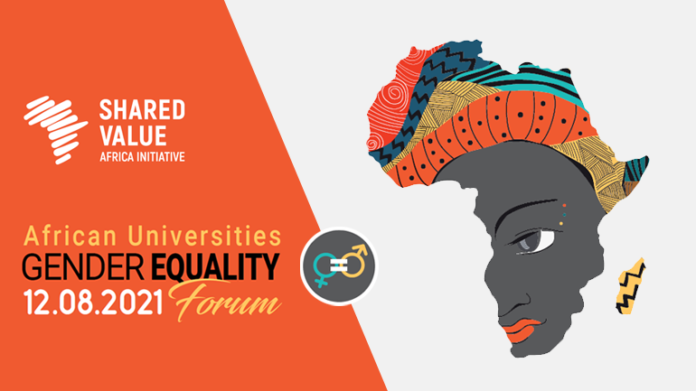 The SVAI will be hosting a webinar on The Role of Academia in Fighting GBVF on 12 August at 10 – 12:30am. It aims to explore the role of Africa’s academia in advancing gender equality in the workplace and eliminating gender-based violence and femicide (GBVF).

A Movement for a Safer World

As we mark a second Women’s Month since the pandemic began, we take a moment to mark how the Shared Value Africa Initiative (SVAI) as an organisation was moved to act in the fight against GBVF and reflect on this journey.

It was a few months into the global pandemic that GBVF claimed the dubious honour of being “the second pandemic”. The world was in unforeseen turmoil that affected all sectors of society, and we had to literally shut down for our own survival.

As South Africa entered level 5 lockdown in 2020 the workforce of many companies was homebound indefinitely, and they were expected to not only be productive, but to do so in unprecedented circumstances. In addition, most victims of GBVF were now at home with their perpetrators — with no  avenue of escape. An issue that was always important became urgent.

Over the years it had become a known fact that as a country, South Africa was already among the leading countries in statistics of violence against women and femicide. The global pandemic was exacerbating the situation.

In June, when the pregnant Tshegofatso Pule was murdered by her boyfriend, a fire was lit for us to do more. The #ITSNOTOK movement was born in June 2020, primarily to erase the apathy that had set in in many different sectors of society. The messages and campaigns we saw every Women’s Day and 16 Days of Activism were not enforcing much change.

#ITSNOTOK is a movement that enables participants to take ownership and play their part. Our vision is simple: enable business and society at large to play, raise their voices and act towards measurable change. No one person or organisation owns this movement.

We launched a website, where people can not only pledge their support but also download artwork and messaging to help them craft how to communicate their support. The site also included information for those in need of help.

Working with our network of supporters, namely Gautrain Management Agency, JCDecaux Africa and ADreach, we extended our visibility to public areas in and around Gauteng. This was soon followed with media support by way of radio interviews to outline that we were not just a campaign but a movement, and how all can participate. Strategically planned webinars throughout the year and into 2021 have helped to not only reinforce the messaging but grow the discussion.

As the saying goes: a problem shared is a problem halved. It was our participation in the government-led National Strategic Plan (NSP) collaborative platform against GBVF that introduced us to a wider community of public, civil and private sector organisations with similar intentions and drive. We will continue to support the pillars of the NSP and bring in more collaborators to this platform that will drive change across South Africa.

As discourse progressed around GBVF, its linkages to issues of gender parity became increasingly evident. By ensuring an equality-empowered workforce, an organisation is also able to tackle key areas of GBVF. Recently, SVAI launched a study report on transformation at executive and board level of the private sector in South Africa, titled Gender Equality & Transformation in JSE-Listed Companies (downloadable here) — which shines a light on the status of our companies.

Another milestone was a partnership initiated with the University of Johannesburg — a research project that is aimed to ultimately guide organisations on key areas of intervention to impact GBVF from within. This partnership set off research topics that addressed GBVF and gender parity, led by Professor Corné  Davis and supported by a team of four associate professors and 48 students.

It continues to be particularly important to focus on the potential impact of business in moving the mark on GBVF. We felt very strongly that it has a responsibility to act. After all, when you think of targeting the employee and stakeholder base of business as a collective, this essentially targets most of the citizenry.

In business actively finding solutions for the workplace, we want to tackle the inhibitors that need to be overcome to fast-track this fight. From policies to advocacy and action, the SVAI wants to highlight the need for us all to stop being bystanders as individuals and companies, take a stand and hold each other accountable. A fundamental cultural change is needed in order to stop this scourge at the root cause, and business has the resources and capacity to do so, beyond just ticking boxes.

We need to accelerate the fight against GBVF and for gender parity. As a society, we cannot advance and deliver on the economic growth that we need without real progress in addressing gender inequalities. While many companies currently target reaching a 30% minimum in female representation in its leadership, this is not enough. Representation should be more reflective of our demographic: at least 50%.

While we, as the SVAI, continue to keep the discussions going within the broader business community, bringing in perspectives from all levels of the value chain, we want to keep spreading the word that the time for apathy is over. We must leverage our immediate networks to contribute to a more equitable society, for the benefit of all. Having co-hosted our first “multinational” webinar on GBVF with KEPSA in June, we look forward to continuing to grow the movement across Africa – and to creating a continent-wide network to continue to fight GBVF and advance gender parity.

Youth vital for growing Gauteng together

In contrast to developments elsewhere in the world, Melilla has not been mentioned by the South African commentariat, political formations and civil society.