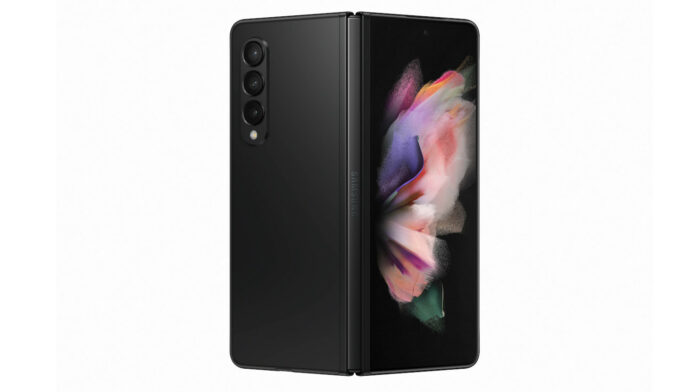 The next chapter in Samsung’s foldable innovation has been opened with the unveiling of two new smartphones, the Galaxy Z Fold3 and Galaxy Z Flip3.

Both these premium foldable smartphone models support 5G and are now equipped with IPX8 water resistance, a first for foldable devices.

Now in their third generation, the category-defining foldables feature key improvements that users have asked for, which add more durability and an optimised experience. They also carry Samsung’s iconic design and offer immersive entertainment with new ways to watch, work and play, perfectly suited for the “new normal”.

Justin Hume, Director: Integrated Mobility at Samsung South Africa says: “With Galaxy Z Fold3 and Z Flip3, Samsung is once again redefining the possibilities with foldable smartphones that empower users with the flexibility and versatility needed for today’s fast-paced world.

“As a pioneer and industry leader in the foldable category, we’re proud to build on our legacy of innovation with the Z Fold3 and Z Flip3. These devices equip consumers with technologies that unlock new ways to maximise and enjoy every moment with an ecosystem built on openness and innovation.”

Durability has been addressed on the Galaxy Z devices through the introduction of Samsung’s new Armour Aluminium, the strongest on a Galaxy device, and the toughest Corning Gorilla Glass to protect it against scratches and accidental drops. Both devices also have a new protective stretchable film that is 80% more durable than the Z Fold2.

Samsung has promised that both the Z Fold3 and Z Flip3 can withstand folding 200 000 times, after extensive and strenuous folding tests. It also features the revolutionary Hideaway Hinge as seen first on the Z Flip last year, which enables Flex Mode to hold it at any angle. The hinge also repels dust and other particles, maintaining and reinforcing its durability.

The Z Fold3 is the ultimate multi-tasking powerhouse with the best chipset yet that Samsung has to offer, which brings next level performance on its large 7.6-inch main display and 6.2-inch cover display.

The Infinity Flex Display is the first foldable to support an S-Pen, which should speak to loyal Note fans. It offers various ways to use it, for multi-taskers on the go, from tuning into a video meeting on the top screen to taking notes at the bottom, to watching YouTube videos and jotting recipes and working on to-do lists between emails.

The S Pen also powers creativity and productivity, compatible with various apps. It has an updated Multi-Active Window that allows you to open three apps at once, with the ability to create shortcuts to reopen the same apps together, thanks to enhanced App Pair.

The Z Fold3 features a revolutionary under-display camera technology that offers increased viewable area when the camera is not in use. The device also features 120Hz adaptive screen refresh rates, suited for smooth scrolling and gaming, on both the main and cover screens.

The Z Fold3 is sleeker than before and packs in a dual battery of 4400mAh that supports fast charging, wireless charging and reverse wireless charging. It is available in Phantom Black, Phantom Green and Phantom Silver.

The Z Flip3 is aimed at users who want a balance of style, function and fun, with more bold colour options on offer, alongside premium features. It is available in four trendy shades — cream, green, lavender and Phantom Black, plus the addition of stylish grips and accessories.

The redesigned cover screen is now 1.9-inches, four times larger than its predecessor, which makes it easier to view notifications and messages, check the weather, keep up with your schedule or view step count. It lets you shoot both photos and videos directly, without opening it. The versatile cover screen also has Samsung Pay support built right into it, which means you don’t have to open the phone unnecessarily.

Both the Z Fold3 and Z Flip3 support Google and Microsoft apps, making it easier to work from anywhere. It supports Microsoft Outlook in dual-pane mode, and brings the power of Office and Teams in one.

A new Galaxy Buds2 has been announced, expanding on last year’s Buds. It is designed for all-day comfort, combined with premium AKG sound to immerse yourself anywhere. It supports Active Noise Cancellation to block out unwanted sound, and its dynamic two-way speakers promise to deliver crisp sound, with clear highs and deep bass. It supports wireless charging and is available in a range of new colours to match the new Z Series.

The new Buds2 will be available in contemporary colours to match the Z Series, such as graphite, white, olive and lavender.

Why a postgraduate degree is the way to go

The country’s local governments are a drag on investment, a strain on the fiscus and pose a critical sovereign risk

What are the biggest election issues where you live? M&G explains all

A sensible climate policy must balance the imperative of decarbonisation, socioeconomic policy and security of supply considerations

After almost three weeks, labour and employers have reached a deal — setting the steel industry back on its path to recovery