SA influencers get behind Good Governance 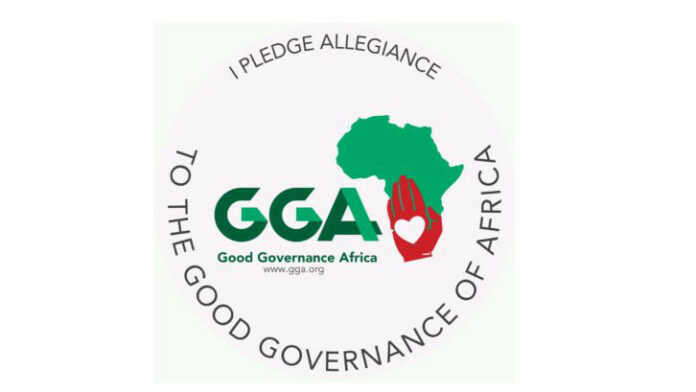 Have you had enough of doom-scrolling on social media? Do you want to do something about the state of South African society, other than shout at people you don’t agree with?

A group of South Africa’s most prominent influencers and entertainers have pledged their commitment to Good Governance Africa (GGA) and are calling for members of the public to follow their lead.

Tim Modise, Khaya Sithole, Sylvester Chauke, Lindi Sirame and Maya Fisher-French are stalwarts of the local media and entertainment scene, and prominent figures within major brands such as Power FM, Metro FM, Business Day TV, and eNCA, among many others. Collectively, they have massive influence on social media, and their pledge to support the GGA community may spark a significant increase in public participation in creating a better South Africa, and Africa.

“We think of GGA as a ‘do-tank’ rather than a traditional think-tank,” says Chris Maroleng, Good Governance Africa SADC Executive Director. “It’s a place where people can utilise the intellectual resources usually associated with a think-tank, while also accessing many opportunities to take direct action to improve governance standards on the continent.

“We’re delighted by the South African celebrities taking the GGA pledge,” Maroleng adds. “Their voices are influential in South African culture, and they have the power to let our people know that there is lot they can do to improve the state of society. When someone like Tim Modise or Khaya Sithole take the GGA pledge, people take notice!”

The GGA community is supported by a new e-commerce website, which offers users a wide range of resources, information, and action points. And action, according to Maroleng, is a key point of differentiation for this innovative African NGO.

“We’re calling on all South Africans — and especially businesses and other organisations — to take the GGA pledge, and to join a community that is determined to share accurate, objective information about the reality of governance on the African continent, and that is also strongly focused on helping ordinary citizens take meaningful action to improve governance standards across the board.”

So why does governance matter so much? And why are Mzansi’s leading lights getting behind GGA with such enthusiasm?

“Improving governance standards is about making about the essential framework of our society much stronger, so that there is an even playing field for all citizens, politicians and businesspeople,” explains Maroleng. “The stronger our civil society framework is, the fewer chances there are of anyone getting away with crime and corruption, at whatever level.”

According to Maroleng, if citizens want African governance standards to improve, they need to move beyond getting angry on social media, and toward getting busy in the real world.

“Real world action is why the support of celebrities and influencers matters so much,” he concludes. “They have the power to show ordinary citizens that getting involved in improving our society isn’t as far out of reach as they might suspect. We’re confident that many other South Africans will follow the example our celebrities have set and will also take the GGA pledge.”

Click here to pledge your commitment to Good Governance Africa.

Betting is gaining popularity in Africa

‘SAICA helped me kick off my accounting career dreams’

It underestimates the role of face-saving, which is central to Chinese culture, and the country’s priorities, such as attaining the Chinese Dream