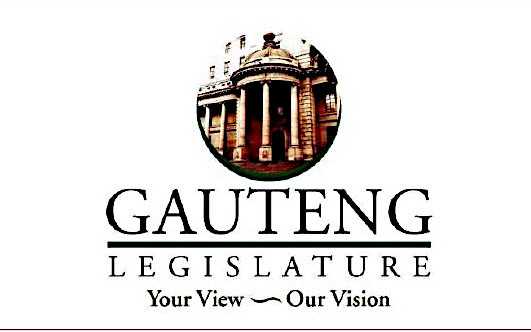 Proceedings were opened by Dr Anthony Malapane, who said that the purpose of the seminar was to integrate more people into the elections, especially the youth.

Certain civic institutions have a duty to promote democracy, such as the Gauteng Provincial Legislature (GPL), which is selected by the people of Gauteng to represent their interests. Citizen participation is directly related to citizen power, especially when it comes to elections, such as the forthcoming local government elections.

Youth turnout in previous elections has been very low, although they do join political parties and engage in debates, and studies show that they are interested in political processes. The question is then, why are they not voting? Many do not even register to vote, although there is an indication that more have registered for the local elections.

Dr Teddy Setshedi said he would like to communicate to the youth that they have the right to choose the people who represent them. He encouraged them to vaccinate, to boost their immune systems and reduce their chances of being hospitalised. The GPL is making the capacity to empower the youth so that they can become credible leaders in the future.

Donald Matsango from the outreach office of the IEC said his office provides voter education to communities. People must know that they have a voice in elections. In prior elections they have held election drives to encourage people to register and vote; this year it happened in September.

The youth need to be informed about the importance and value of voting, and they need to know what happens in the voting stations. We try to ensure that there are less spoiled papers, and that disabled people are able to cast their votes. We also inform people that their votes are secret. The voters’ roll comprises the list of voters who are registered with the correct documents, to avoid issues like voting duplication. Young voters are encouraged to register at the age of 16, although they can only vote when they are 18.

We answer questions such as, “are blind people able to vote?” The universal ballot is an aid that allows blind people to vote. Usually before elections people are bombarded with messages from various parties, but the IEC does not give these parties the voters’ roll, said Matsango.

There are also concerns about voting safety due to Covid-19, but all safety protocols will be observed, such as sanitising voters’ hands, wearing masks and maintaining social distance. Officials and the public must observe these protocols. All voters must have an ID in order to vote.

Malapane emphasised that if you don’t vote, you give the right to people you have not chosen to lead you. He then introduced the student panellists.

Zandile Magubane said participation in local government elections is not essential for students. The usual slogan is that “your vote is your power” but the decisions made by those in power do not rest in the voters’ hands; it is like parents “listening” to a child, just to keep the peace. She cited a study done in 1944 about politics, which consists mainly of long, boring speeches, and said that nothing in politics has changed since then. Another reason she doesn’t want to vote is that 90% of those in power are old people, which means that the youth is not actually “the future”. In addition, the shortcomings of the system never seem to change or improve; youth unemployment, for instance, is worse than it ever was, so voting as a means of exercising power is an illusion.

Ayanda Mnisi said it is important for young people to vote. Protesting is one way to express your points of view, but it can be very dangerous. This generation has not found its purpose, nor it is not willing to. Young people have a disease today; they have been divorced from power, from jobs and from making decisions. Any political party that wants young people to vote for it must speak to their issues. Elections are a way for young people to exert their power, to get rid of the old people who are making decisions on their behalf. Democracy needs the youth to participate for it to work; let’s push for online elections. If the youth sees change happening, you may persuade them to vote.

Precious Mahlane said she believes that the youth must vote and realise how important it is, and how much power they have, because there are so many young people in South Africa. Voting is a responsibility, as it leaves a legacy for our own children. Being involved in student governments provides the youth with experience in how power works. Young people must vote; registrations are still open, and nothing changes if you don’t make it change.

An audience member said that online elections are happening at universities; why can’t they happen elsewhere?

Mnisi agreed and said many young people don’t go to vote because they are put off by the long queues. The world has become a digital world, so online voting will encourage young people to vote. Mokoena also agreed on this point.

On the issue of representation, Magubane said young people must be given the chance to lead, and that the youth would then vote for them. Magubane agreed, saying that fresh faces are needed. Reforms must take place that include the opinions and voices of the youth. For instance, in Finland, when a playground is being designed, the children are asked what they want to be in it. If the president himself talked to us, it would show that the politicians actually do take our concerns seriously. There must also be governance opportunities made available and made fashionable to young people in schools and universities, in which children get exposure to how power and what working with others is like.

What is the role of social media in elections? Mokoena said the IEC can certainly make voting more attractive, especially if young people are involved in creating the platforms.

Mnisi said social media is incredibly important for young people; it influences most of the decisions they make, so the government and IEC should use it to full advantage.

How do we hold our councillors accountable? Mnisi said it’s best when they live in the same communities where they are in charge. They need to engage with the people, give them feedback and be accountable. “Councillors must be visible and must not run away from us.”

What is military-grade testing, and why should you opt for a device that’s been put to the test?