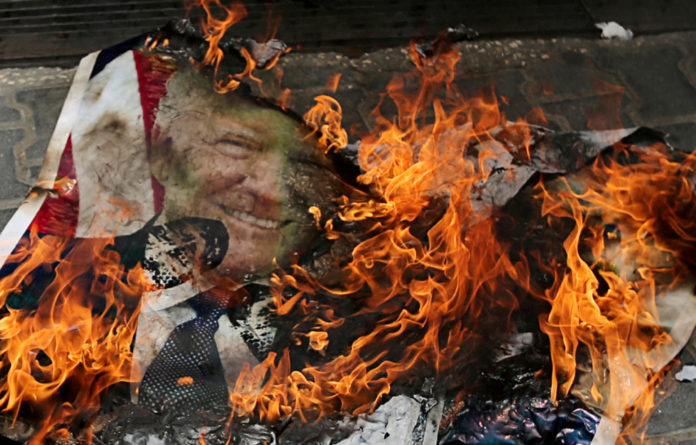 It might be time for Africa to intervene. After all, we know a thing or two about defending democracy from despots. The following piece is satire.

The African Union (AU) remains concerned about the worrying political developments in the United States of America and has in recent months involved itself in the assessment of the forthcoming presidential elections, especially its implication for global peace and economic activities.

The AU is, therefore, disturbed by the statements of the incumbent US President, Mr Donald J Trump, on the possibility of electoral fraud during the forthcoming presidential election in November. To this effect, he has expressed the possibility he may reject the election result. As demonstrated by the AU’s intervention efforts in many troubled spots across Africa, electoral fraud is an issue upon which the AU frowns. This concern also extends beyond the frontiers of our great continent.

In this respect, the AU has decided to intervene in this matter, to ensure that there is peace and order during and after the forthcoming elections. The continuing fragility of the US political environment endangers global peace and security, and the possibility of violent election-related conflict could lead to a sharp upsurge of US citizens seeking refuge in neighbouring Canada and Mexico, and other parts of the globe.

Therefore, our intervention is predicated on a few factors. Firstly, the African-American population is recognised as part of Africa’s diaspora, and as such, we are responsible for their safety and wellbeing in the case of any election-related violence. Secondly, as part of the global community, it is our responsibility to ensure that there is global peace and stability. Lastly, we are inspired by the way in which US commentariats and institutions (both public and private) provide assessments on the quality and acceptability of African elections, thereby making it imperative that we do the same when similar conditions exist in the US, and any other part of the globe.

Considering the above reasons, the AU has taken the following decisions:

In the interim, the AU has directed all African embassies to open their doors to anyone or groups displaced by activities emanating from electoral disputes. The committee will in the next few days announce measures for raising funds and materials for this initiative.

In conclusion, the AU implores the US government to allow the AU to fulfil its task as a member of the global community.

We await positive feedback from the US government in this regard.

Babatunde Fagbayibo is a professor of international law at the University of South Africa.