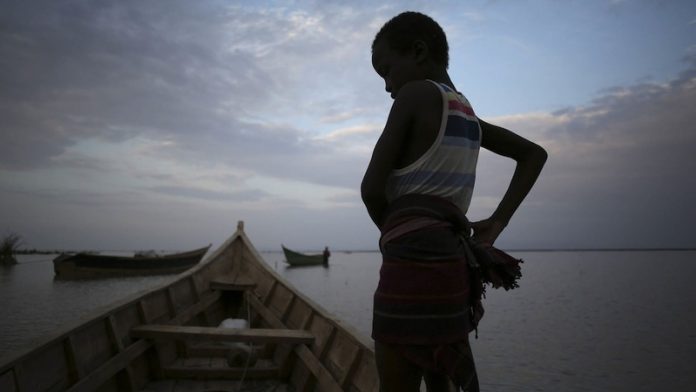 When African heads of state met in February 2020 for the African Union’s annual summit, Covid-19 was yet to unleash global mayhem. With South African president Cyril Ramaphosa at its helm, the organisation’s focus was still very much on “Silencing the guns”, an ambitious pledge made by African leaders seven years before to end conflicts around the continent by 2020. But just a month later, AU priorities would shift dramatically, with the fight against the pandemic racing to the top of the agenda.

Covid-19 and its fallout will still occupy centre stage at this year’s February summit, and has also meant that the gathering will take place virtually. However, the AU should make sure that its pledge to end wars by 2030 — an extension of the goal’s timeline by a decade — is not forgotten under the incoming head, DRC President Felix Tshisekedi. The summit is indeed an opportunity to refocus efforts on a number of urgent crises. In addition, the AU should also start playing a greater role in mitigating the effects of climate change on conflicts in Africa.

The summit is also expected to be the moment where the AU commission chairperson, who plays an important role in peace and security issues and regional diplomacy, is elected. The current chair, Moussa Faki Mahamat, is the sole candidate for this position, but his election is not guaranteed as he needs to secure more than two-thirds of the votes cast by member states to win. Whatever happens, a smooth and well-managed election for a four-year mandate of its chairperson, his deputy and their commissioners, will be key to avoiding disruptions in the commission’s work.

Pivoting back to peace and security

During what has been in many respects an unprecedented year for the AU, the continental body was praised for the central role it played in co-ordinating African efforts against the health and economic impact of the pandemic. But this logical focus on Covid-19, which has weighed heavily on the organisation’s funding, came at the expense of some of the continent’s most pressing conflicts, which now need the AU’s attention more than ever. With fewer resources likely to be available from member states and external partners, the AU’s ability to weigh in on conflicts may be squeezed, but it can still have an impact in crafting political solutions.

With no end in sight to the violence roiling in the Sahel, an urgent rethink is needed to stabilise a region where jihadi groups are entrenching their hold on vast territories amid an explosion in intercommunal violence. The AU announced on 27 February last year its intention to deploy 3 000 troops in the Sahel, which is already crowded with international military forces that have so far failed to create enduring peace. As details of how the mission would work are still being discussed, the AU should avoid adding to the existing “traffic jam” of security operations, and instead develop an overarching political strategy that addresses the Sahel’s governance crisis and the root causes of the conflict.

In CAR, where electoral violence has dealt a heavy blow to the 2019 AU-sponsored peace deal, the AU should try to bring the warring parties to talks, while in Sudan, where the AU played a central role in brokering the 2019 formation of a civilian-military interim government, it should re-engage to mediate tensions between the civilian and military factions of the country’s transitional government and help bring armed groups to the table, including those from Darfur, where a joint UN and AU mission is closing down. In Libya, a new phase in the peace process offers an opportunity for the AU to play a more significant role.

The war in Ethiopia’s Tigray region has caused a dire humanitarian crisis. The AU should not be discouraged after the rejection by Prime Minister Abiy Ahmed of the organisation’s calls for dialogue between warring parties, even after it dispatched three former heads of state as envoys. Instead, it should focus its efforts on pressuring Ethiopia to grant humanitarian access to all of the region, and press Addis Ababa to work towards a national dialogue to address the multiple faultlines that run through the country.

International funding and the political will to sustain the AU’s mission in Somalia is drying up, but while the AU’s major military mission is to hand it over to national troops by the end of 2021, it is unlikely that it will be ready. Somalia’s international partners must prepare themselves to extend the mission’s mandate and funding. The AU should push to expand the mission’s role to mentoring the national army.

An increasing contributing factor to conflicts is climate change, though the relationship between the two is far from straightforward. Tensions between Egypt and Ethiopia over the latter’s plans to complete and operate the mega Grand Ethiopian Renaissance Dam, which could impact the flow of water on the Nile, and the thousands of annual deaths caused in conflicts between herders and farmers in parched areas of the continent, are just some of the challenges emerging.

Once elected, the chairperson of the AU commission should immediately appoint an envoy with sufficient political weight to spearhead the AU’s efforts against climate change and raise awareness of the potential for deadly conflict it poses. Ahead of the 26th United Nations Climate Change Conference (COP26), scheduled for November 2021, and with the return of the US to the Paris Agreement, the time is ripe for the AU to push for adaptation policies against one of Africa’s most serious long-term challenges.