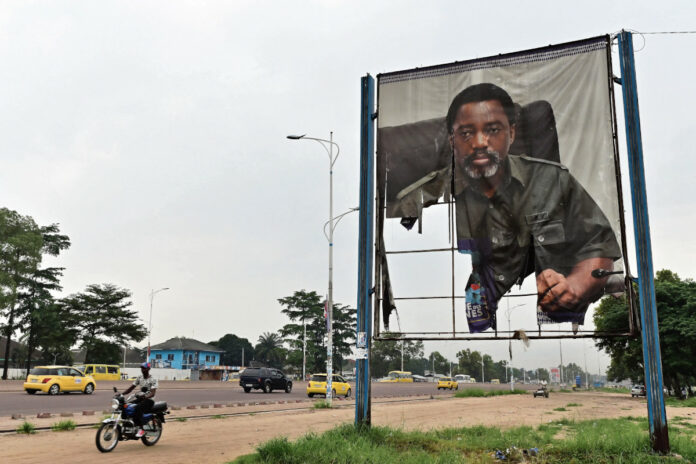 The sudden death of Chadian president Idriss Déby Itno on April 19 sent shockwaves throughout the region. Déby, who succumbed to injuries sustained while visiting Chadian forces battling against the Front for Change and Concord rebel group had ruled Chad with an iron fist since 1990, and had been re-elected for a sixth presidential term the day before he was killed.

In the immediate aftermath of his death, his 37-year-old son, General Mahamat Idriss Déby Itno, was appointed head of state by the Transitional Military Council that he himself chairs. This directive was in contravention of the constitution, which stipulates that the president of the national assembly should have been the one to take power.

At face value, the accession of Déby Itno’s son to the presidency may appear to be an anomaly. However, within the Francophone African political landscape, father-son presidential successions have become an established mode of political transition over the past 20 years.

This most recent incarnation of this trend started with the appointment of 29-year-old Joesph Kabila as president of the Democratic Republic of Congo in 2001, following the assassination of Laurent-Désiré Kabila. This trick was repeated in 2005, upon the death of Togolese president Gnassingbé Eyadéma, who ruled Togo for 37 years. With the help of the military, his son Faure Gnassingbé Eyadéma was quickly sworn in as president, although the constitution stated that the national assembly president should succeed Eyadéma.

In June 2009, Gabon’s El Hadj Omar Bongo Ondimba died after holding the presidency for 42 years. Although it was not orchestrated as swiftly as in the other cases, he was ultimately succeeded by his son, Ali Bongo Ondimba, a former funk singer, who replaced him after winning a flawed election in October of that year.

Family political dynasties are not exclusive to Africa, of course. One can think of the Park family in South Korea, the Bushes, Clintons and Kennedys in the US, as well as the Nehru-Gandhi family in India, each of which has influenced national politics over generations.

Nevertheless, the dynastic successions stand out within the context of Francophone Africa, because of the blatant way in which clearly stipulated succession rules are violated in order to keep power in the family. Worryingly, there now appears to be a widely understood formula that is being used to legitimise the accession of these fils à papa (daddy’s boys). This includes grooming them to take up strategic positions in the ruling party, cabinet and in some cases – as with Eyadéma and Bongo Ondimba junior – gifting them an electoral mandate as a member of parliament. Providing them with military experience, like Joseph Kabila and Mahamat Idriss Déby Itno, is also a common strategy, which is often crucial in ensuring the support of the security forces for dynastic succession.

These cases of “family fortunes” will not be the last. In Equatorial Guinea, President Teodoro Obiang Nguema Mbasogo, who has been in charge since 1979, has used the aforementioned blueprint to position his son Teodorin Nguema Obiang Mangue to replace him. Obiang Mangue, who has been charged with various acts of financial malversation by several overseas courts, is currently the country’s first vice president.

In the Republic of Congo (Brazzaville), Denis Sassou Nguesso, who has ruled for 37 years over two periods, has made his son Denis-Christel Sassou Nguesso deputy managing director of state oil firm SNPC – although the younger man has denied harbouring any presidential ambitions.

Father-son presidential successions are rooted in patriarchal authoritarian politics in which one man holds too much power for too long. They risk exacerbating personal politics and weakening key institutions, further delegitimising the government and fuelling conflict and instability.

However, it is important to note that such engineered transitions do not always work. In Senegal, former president Abdoulaye Wade lost the 2012 election, in part due to suspicions that he was preparing his son Karim Wade to be his successor. But for most of the other countries, elections are not run in a way that allows presidents to lose.

Mbulle-Nziege Leonard is a doctoral candidate at the University of Cape Town and a research analyst at Africa Risk Consulting. This analysis was produced in collaboration with Democracy in Africa