The Continent’s Africans of the Year: Tems and Wizkid 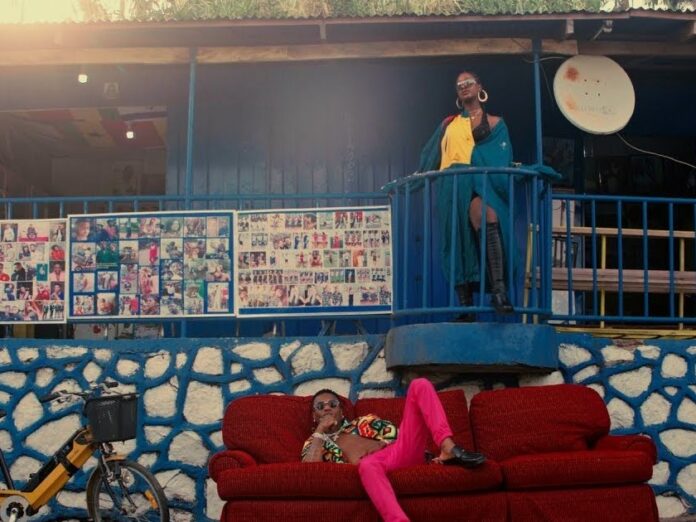 Listening to Tems is like tasting a spoonful of honey. It’s warm and soothing, and comparable to nothing else. She floats even on her downtempo melodies, drawing you in with her incredibly evocative voice. Lyrically, she explores her thoughts, tries to be mindful of her emotions, observes her surroundings, grapples with love and generally shares her existential insights.

In Interference, the opening track of her critically acclaimed album For Broken Ears, she sang:

She sounds deliciously and distinctly African and she has this effortless Lagos coolness that just can’t be manufactured anywhere else. If it sounds like I’m more than a little bit enthralled by her – yes. And I’m not the only one.

Her appeal piqued the interest of Drake, who featured her on a standout track on his record-breaking album this year. She is also the transfixing voice on Essence, featured by her countryman Wizkid, which became the first Nigerian song to chart on Billboard’s Hot 100 and went platinum in the US.

It would be redundant to say “watch out for her” as she’s already here. But, really, keep watching out for her because she’s absolutely right — when it comes to Tems, we really don’t need no other body.

Wizkid and Tems have set the world alight with their work this year. Their catchy tune Essence, first released in 2020, went global, capturing the hearts and minds of established Afrobeats fans and converting many unbelievers. It has been a regular feature on Billboard’s Hot 100, the bible of global music charts.

A remix featuring pop star Justin Bieber has only further broadened the song’s popularity. For their success, Tems and Wizkid are maintaining punishing schedules, filling out venues around the world. Tickets for a show at London’s O2 Arena sold out in 12 minutes.

Two more nights were added to the roster. More than 20 000 people trooped out each night during this three-night run. This is familiar territory for Wizkid, of course, but 2021 has certified him as a truly global superstar, just as capable of selling out arenas in Lagos as he is in London.

It’s been an even bigger jump for Tems, who until recently was largely unknown outside of her home country. Wizkid is now undoubtedly the poster boy for the explosion of Afrobeats – the eclectic fusion of sounds ranging from west African highlife, R&B to Jamaican-inspired reggae and several points in between.

The album that precipitated all this, Made in Lagos, has now been streamed over a billion times. Wizkid’s music is celebratory and joyous, promising you a good time away from the chaos. Fun and good vibes are always needed; in two years plagued by a pandemic and other social ills, they become essential.

It’s not an overstatement to suggest that Wizkid is perhaps Nigeria’s greatest export at present, a national symbol of positivity that his compatriots can be unabashedly proud of. Wizkid and Tems symbolise the enduring power of music and its ability to spread. And for that, they are rays of sunlight in an otherwise bleak year.

This article first appeared on The Continent, the African newspaper designed to be read and shared on WhatsApp. Download your free copy here