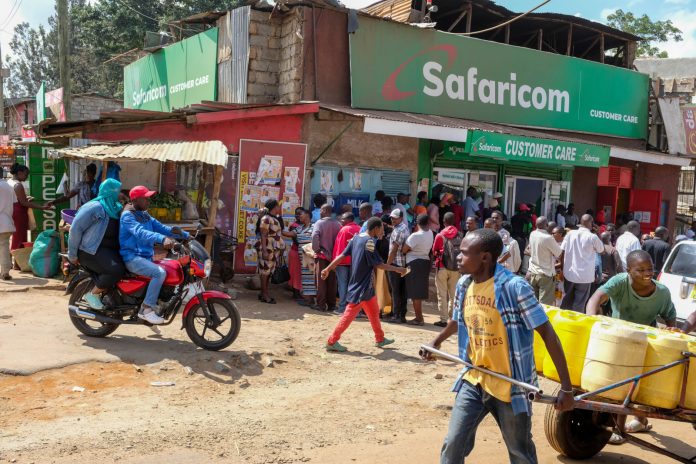 Short-term financing, which allows consumers to make purchases and pay for them at a future date, is gaining popularity in Africa as rising costs of living push digital-savvy shoppers to spread the costs of their big-ticket purchases.

Buy now, pay later (BNPL) instalments plans are attractive. They are also often interest-free, promising to be an alternative to the high cost of credit many unbanked Africans face, and which comes with tough checks.

According to a survey by research company Research and Markets for the fourth quarter of last year, this innovative payment industry has recorded strong growth over the past year and is projected to hit $7.2-billion for African and Middle Eastern markets by the end of this year.

This growth, the firm said, is “supported by increased e-commerce penetration along with the impact of economic slowdown due to disruption caused by Covid-19”.

The International Monetary Fund (IMF) in its latest sub-Saharan Africa outlook shows Russia’s invasion of Ukraine has prompted a surge in food and fuel prices, pushing the region’s inflation to 12.2% this year — the highest level in 15 years.

Sudan has the highest inflation rate — at 245% — in Africa, according to Statista, owing to the twin impacts of a long-running economic crisis and political instability.

Zimbabwe, with a long history of hyperinflation, and Ethiopia, riven by civil war in two regions, have the second- and third-highest inflations, at 86.7% and 34.5%, respectively.

“The effects of the war will be deeply consequential, eroding standards of living and aggravating macroeconomic imbalances,” said the IMF.

BNPL payments are a fast-growing choice among startups and existing merchants, and have now attracted even mobile service operators, as populations in Africa look for ways to manage their tight budgets.

Companies in the BNPL space mostly make money from transaction fees charged to retailers. While retailers give up a slice of their profits, they benefit from the arrangement thanks to higher overall sales.

Safaricom, Kenya’s largest telecommunications firm by subscriber numbers, is the latest to join the fray, after unveiling Faraja, a zero-interest credit service that allows its more than 30-million subscribers to make in-store purchases for goods up to $1 000 — and pay later.

While most local BNPL providers require users to pay up front, Safaricom is allowing shoppers to walk away with goods without any advance payments. However, purchasers have to repay in full or instalments within seven to 30 days.

By zero-rating interest on this credit facility, Safaricom looks set to unsettle competition in the country’s digital lending scene — including its own, costlier mobile credit products, Fuliza and M-shwari.

Kenya’s inflation rate accelerated to 7.9% in June — breaching its central bank’s target range of between 2.5% and 7.5% for the first time in five years — and is blamed on skyrocketing food prices in the country.

The trend is also being driven by rising numbers of point-of-sale financing offers.

South African fintech Payflex is considered the first and largest BNPL player in the country and has been attracting foreign investors seeking Africa expansion since its launch in 2018. In September, Payflex was acquired by Australian Securities Exchange-listed Zip, in a global expansion plan into Africa.

Safaricom’s Faraja offers tough and direct competition to Kenyan startup Lipa Later, which raised $12-million in January to boost its coverage in the market and expand into new ones across the continent.

Lipa Later has already expanded into Uganda and Rwanda and is looking to enter Nigeria, Ghana and Tanzania by year-end.

Nigerian Y Combinator and Google-backed CredPal raised $15-million in March to expand operations in its home market and scale across Africa. CredPal has more than 85 000 active customers and more than 4 000 merchants.

Last month, Moroccan retail tech startup Chari began its African expansion in the Francophone market with its 100% acquisition of Côte d’Ivoire startup Diago. In January, Chari announced it had secured financing that would allow it to enter the Tunisian market.Egypt’s first BNPL startup, Sympl, raised $6-million in a seed round in December to support nationwide expansion, aiming to grow from 240 retail and online stores to 1 000. Its key target is 49-million bank card holders. — bird story agency