FET sector is the class dunce 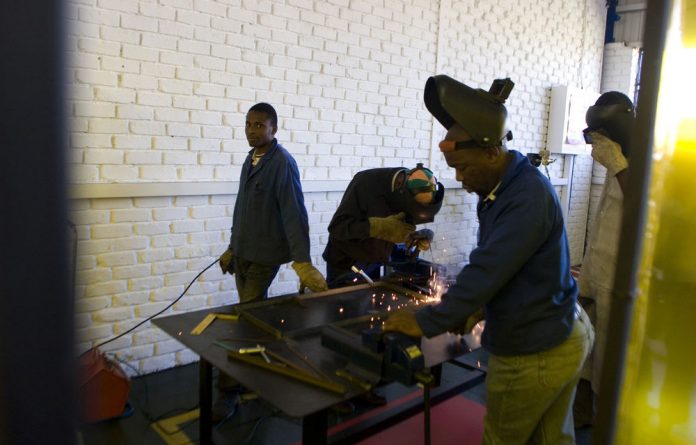 Dismal pass rates were recorded in the further education and training (FET) colleges sector last year, with the lowest rates achieved in maths and science, the Mail & Guardian can reveal.

The results, which have only now come to light, follow the tabling of a document at last week’s ANC national executive committee lekgotla that blasted the FETs, saying they had failed South Africa in the country’s efforts to create jobs.

The document complained that too few students had been admitted to further education and training colleges and even fewer had passed.

But the physics result shows a marked deterioration from 2007, when 48% of 1935 first-years passed.

The lekgotla document also queries the credibility of the matric certificate and says that it is not improving the job prospects of South Africa’s young people, considering that the majority of 15- to 24-year-olds with matric are unemployed. Most jobless South Africans, it says, are youngsters who still lack basic skills in communication, numeracy, comprehension, research and information technology.

There are currently 50 FET colleges in the country, with a total of more than 400000 students. They were recapitalised to the tune of nearly R2billion from 2005 after the merger of 150 technical colleges, and the government has also spent nearly R1billion on FET bursaries.

In a major setback for the sector, a new FET curriculum was introduced in 2007 but failed to win the confidence of industry in the country.

Higher education and training director general Mary Metcalfe announced late last year that the government was willing to bow to industry’s wish for a reversion to the old technical colleges curriculum, but that companies would have to pay for it.

University of the Western Cape FET specialist Seamus Needham said that in the context of surging youth unemployment — 2,4million young South Africans are jobless — it is imperative that the sector admits more students and introduces a range of essential programmes to help them into the working world.

Conceding that the 2009 results were poor, Needham pointed out that the sector is in transition and that the curriculum is new. But he added: “The R1,5billion allocated to colleges was used more for infrastructural development than lecturers’ salaries. FET lecturers earn less than schoolteachers.”

However, the director of the Centre for Education and Policy Development, Martin Prew, insisted that the issue was “not the expansion of FET programmes, but the high failure and drop-out rates”.

College managers have had to deal with overwhelming numbers of new students every year, Prew said. “Also, the sector is not meant to operate solely as a basis for post-school qualifications,” he said. “There is a grey area as to what its role is.”

Students can enter the system for the first time after completing grade nine at school, or after matriculating.

Prew said that FET colleges tend to admit many students from school in a bid to increase student numbers. Yet exam results indicate that those who already have a matric certificate tend to do better, whereas those without matric tend to drop out or fail.