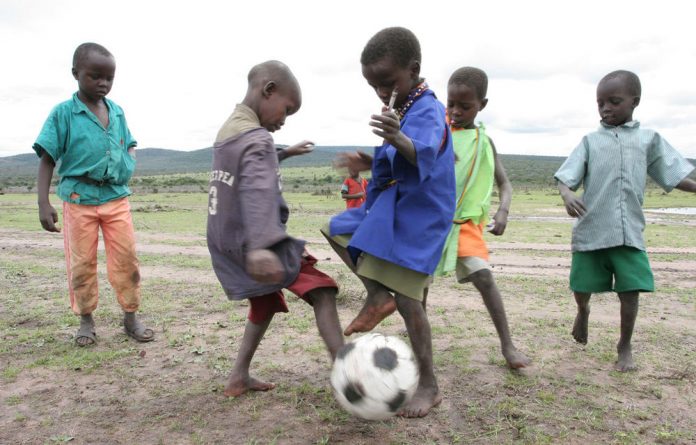 Amid much hype about how the World Cup will benefit the whole of Africa, at last 2010 is here. But who will really benefit?

First in line will be big business, of course, but it is not clear what poor people on the continent will gain. To leave a true legacy that goes beyond football stadiums, it is imperative that the tournament serves as an impetus to deal with social issues such as poverty, health and education.

Nine years ago, in Abuja, African leaders promised to spend 15% of their budgets on health, and to take personal responsibility and provide leadership on HIV/Aids and other preventable diseases.

Every year since 2001, Africa’s leaders have committed the African Union (AU) and their governments to the promotion and protection of the right to health in a series of international and continental declarations. These commitments provide a comprehensive package for addressing maternal mortality, child mortality, HIV/Aids, TB and malaria.

Africa accounts for 22% of the world’s births, but for half of the 10-million child deaths that occur globally every year.

A woman in sub-Saharan Africa has a one-in-16 chance of dying in pregnancy or childbirth, compared with a one-in-4000 risk in developed countries.

But all is not doom and gloom: some countries are on track to ensure that people have access to quality healthcare, particularly women, ­children and people with HIV/Aids.

Botswana, Burkina Faso, Malawi, Niger, Rwanda and Zambia have all met the Abuja target of 15% of government spending going to health. We need to celebrate this and highlight the leadership and determination shown by those countries.

But they are the exception. Most African countries are way off target and 14 countries are actually moving backwards. Only five of the continent’s 53 states have managed to halve deaths of children under the age of five.

Some strides have been made in the fight against malaria, as well as in TB detection and treatment. But HIV prevalence remains high and continues to rise in many countries, and there is an increasing need for antiretroviral treatment.

African governments have described health conditions as a ­”continental state of emergency” — now they must move beyond rhetoric and adopt an accelerated plan of action, with a timetable and firm policy and programme interventions.

It is time for honest reflection and for the AU to step up and play a more decisive role.

We need a realistic plan for the next five years that is well resourced from national government allocations and supported by donor countries.

In a resource-scarce environment, AU governments must review healthcare delivery systems to ensure that they are cost-effective. We cannot afford “business as usual” any longer.

Civil society organisations from across Africa have started combining their efforts to drive this process by forming the Fair Play for Africa initiative, a campaign to try to ensure that the 2010 World Cup is not just about the beautiful game, but also leaves a legacy of quality healthcare across the continent.

Let’s unify through the passion and power of football and make this tournament an opportunity to reaffirm our common goal — health for all.

As our leaders meet at the AU summit this week, they should be aware that we are watching them and that the possibility of a healthy future is in their hands. Let’s play fair for Africa.