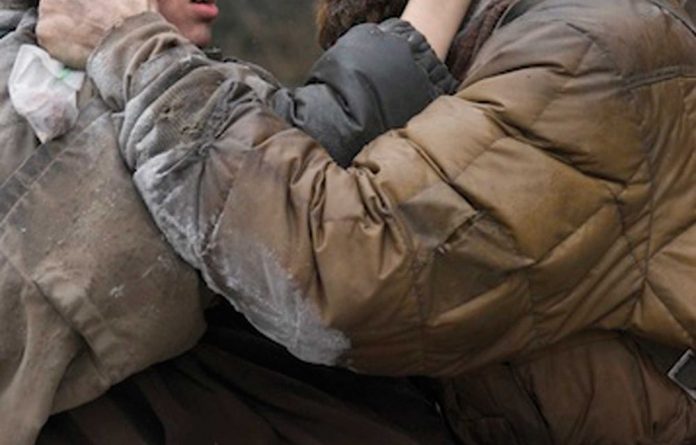 It’s fascinating how humanity has for so long produced fantasies of the end of the world, from the Christian eschatologies and the Vikings’ Ragnarök to the Mayans’ carefully calculated calendar for apocalypse. I use the word “fantasies” because nowadays few of us expect the world to end with the Second Coming of Christ, the Twilight of the Gods, or in whatever form the Mayans expected it to happen.

It’s easy to smile now, albeit somewhat grimly, about the hysteria that swept Christian Europe as the end of the first millennium ticked by: many expected the world to end right on the dot of 1 000 years since the birth of Christ. People gave away their goods and waited … for nothing. Of course, clever churchmen such as Pope Urban II used those millennial fears to generate enthusiasm for crusades to the Holy Land, thereby changing the course of history and causing a few more centuries’ worth of massacres. (The events of September 11 2001 were not unrelated.)

And the millennial fervour renewed itself. In the 19th century, the Seventh-day Adventists of the United States did the math offered in the books of Daniel and Revelation and calculated that the Second Coming was due on October 22 1844. Like the European apocalyptics of the year 1000, they got rid of their earthly possessions and waited … and waited … for someone to reinterpret Daniel and recalculate the date for doomsday. I am not clear on whether we have a new date yet; perhaps it is being kept secret. After all, the Kingdom of Heaven can only accommodate 144 000 people.

Yes, we can smile. Laugh, even. Yet we aren’t short of more secular visions of doomsday. From the 1950s to the 1980s, the Western world had to deal with the looming spectre of mutually assured nuclear destruction. Barely had that threat receded somewhat, after the fall of the Soviet empire, than humanity was faced with climate change — or, as one writer recently put it, a situation more appropriately titled “climate crisis”.

How bizarre that after all that fevered imagining, even desiring, of apocalypse we should now be faced with the distinctly real possibility of an actual end of the world, or at least the world as we know it, and possibly the extinction of humankind. Movies such as Roland Emmerich’s pair of catastrophe spectaculars, The Day After Tomorrow and 2012, are about such doomsday scenarios. But they focus on the impressive sights of large-scale destruction and end with the escape of a lucky few. They don’t consider what happens in the days after the day after tomorrow, or in 2013, 2014, 2015 …

Such concerns are more present in the genre of post-apocalyptic narratives, many devised in the shadow of nuclear war. The Mad Max movies would be an example, as would A Boy and His Dog, say, or 28 Days Later, just to mention a few titles that spring immediately to mind. But these stories are going as science fiction, or as action movies set in a post-calamity environment. They ask the question “How shall we survive?” yet are still most easily read as fantasies, extrapolated perhaps from the realities of the present day, but mostly fantasy, with the fictional wish fulfilments of redemption for some individuals by the close of the story.

Are we still able to believe such tales? I think not. Perhaps I’m falling prey to doomsday hysteria, like those dear old Adventists, but nowadays the end of the world and thus humanity seems all too possible. It’s unlikely to be swift and spectacular, as the Emmerich Revelation has it; it’s more likely to be slow and degrading. And, once the Big Final Bang has happened in some way, whatever form it takes, we still face the question of what happens to those not destroyed at once. What of the survivors? And, related to that, and more deeply, what kinds of people will humans become?

These are the questions asked by The Road, the extraordinary film based on the even more extraordinary novel by Cormac McCarthy. McCarthy’s earlier novels often deal with the wild frontier, whether it’s the historical borderline of 1800s America, as in Blood Meridian, or the modern border between the US and Mexico in works such as All the Pretty Horses and The Crossing. Such borderlines, McCarthy implies, are inner borders too, and beyond them lie the potential for human savagery — we are not very far from our prehistoric ancestors and existences that were, and can be again, nasty, brutish and short.

The Road is set in a US after an undefined apocalypse, and that disaster forms a new border: the line between “then” and “now”, between a reasonably civilised human life and a reversion to something beyond barbarity as those who remain (the walking dead, one character calls them) struggle desperately to stay alive, to find some safe place, some form of hope for the future, some minor kind of comfort and joy, anything to motivate survival, if indeed it can be motivated.

After such devastation, why even try to live on? If the physical world we know is gone, all its pleasures and kinds of nurture replaced by little more than wet ash, and if the people we knew are dead, with only roving cannibal gangs to take their place, what is left to live for? In the case of The Road, it’s a father’s love for his son. As the unnamed man in The Road says to himself, as his boy sleeps: “If he is not the word of God [then] God never spoke.”

The Road is adapted by Joe Penhall, who beautifully preserves the novel’s blunt shards of dialogue (you can almost hear McCarthy’s lack of quote marks and apostrophes), and directed by Australian John Hillcoat, who made the excellent outback western The Proposition — a film almost as bleak as this one.

If The Road is so bleak, why watch it? Because it’s brilliantly done, it’s gripping in a visceral way that a film such as Avatar only pretends to, and because it offers an analysis of what makes or keeps us human that cuts to the very bone. Its nightmare scenarios are terrifying and its moments of tenderness shattering. Viggo Mortensen, as the father, is doing the best work of his already very distinguished career. Kodi Smit-McPhee, as the boy, matches him every step of this long journey. Charlize Theron and Robert Duvall have roles that are smaller but immensely impactful.

The Road might well be the movie of the year. It telescopes past and future to ask barely answerable questions about the present. Scariest of all, all the exterior scenes were shot in real locations, as they are today — landscapes devastated by industry and left for dead. That is a world we, or our descendants, face. We dare not look away.