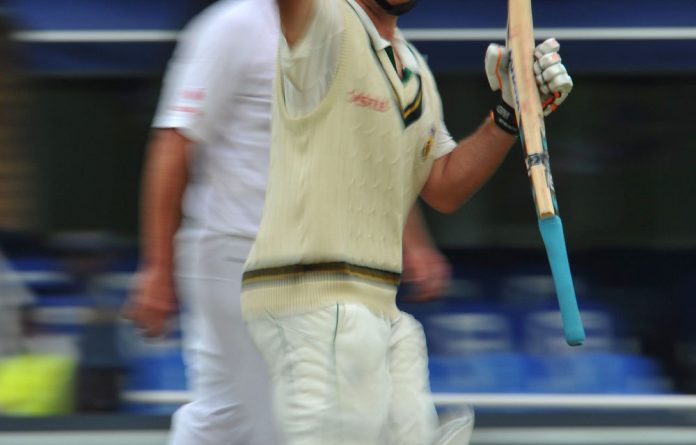 As certain Australian commentators might shout, Mickey Arthur is “gaaan!”, but South Africa have little time to mourn his loss as they take on number-one ranked India in the first of two Tests starting on Saturday.

Although Arthur’s shock resignation — before the Cricket SA board could shove him overboard — understandably created much uncertainty around the team, the Proteas have since arrived in India focused on the job at hand. There was a definite relaxed intensity about them as they warmed up for the first Test in Nagpur.

“The advantage, after all that has happened, is that we were able to come away from South Africa and just focus on cricket. The players have not been having any other thoughts, whereas if we had been playing at home it would have made it more difficult,” batting consultant Kepler Wessels told the Mail & Guardian.

“The players have been able to get down to cricketing business and there are no problems with their focus or intensity. There are no distractions and sometimes when you come to the subcontinent it’s easier for the team to bond because there aren’t as many social activities,” Wessels said.

The fact that the Proteas are not roaming the wilderness like lost sheep can largely be attributed to skipper Graeme Smith. He likes to talk about his team “taking ownership”. They will be aware, heading into a new era under Corrie van Zyl, Wessels and a new selection panel, that it was their own failure to perform to expectation against England that allowed Arthur to be isolated by his enemies on the CSA board.

A winning team is easier to keep together and consistency of selection can almost feed back into itself, as in 2008 when South Africa enjoyed a top-class sequence of results.

But the margins are ridiculously small. England wriggled off the hook in both Centurion and Cape Town and a single wicket would have meant a series victory for South Africa — and Arthur would have been able to laugh off his detractors.

As it is, if South Africa win the series in India, they will be back at number one in the ICC Test rankings and, surely, all will be merry and nice again.

The intervention of the CSA administrators may yet prove to be a killer blow for South Africa’s World Cup hopes next year.
Arthur was using this tour of India as a key planning exercise for the 2011 tournament, with South Africa playing a crucial World Cup match against India in Nagpur on March 12 next year.

Nagpur, situated dead in the middle of India, is also central to the new era the South African team have been pushed into — and Smith has made no effort to deny the broader vision.

“The tour is an important fact-finding mission. We want to look at facilities and what we require to be successful in the subcontinent next year. We’ll be using the tour to sum up what we need to do and what combinations we’ll need for 2011,” he said.

Although there is a feeling of having flown the coop by leaving South Africa, there is little doubt about which team will be under more scrutiny in Nagpur in the next five days.

Travelling in their own country can often be hell for the deified Indian cricketers, but it was startling to see them arrive in Nagpur aboard a no-frills airline (the type in which you have to pay cash for your food) and then mingle comfortably with the other passengers.

A relaxed Gary Kirsten is clearly under less pressure than his countrymen. The Board of Control for Cricket in India has already confirmed it will be offering a contract extension to the former South African opener in March. A hefty pay rise will also no doubt be in store after his great work in India in the past two years, taking him beyond the financial reach of a South African team whose future is uncertain.

What is clear, though, is that Smith and his gang of experienced stars — Mark Boucher, Jacques Kallis, AB de Villiers and Dale Steyn — will have to lead the way.

Hopefully Van Zyl and Wessels, who both have plenty to offer, will find a way of ensuring they don’t tread on too many toes while they fulfil their interim roles.

If Smith can tot up another away series win against one of the leading nations, it will prove that his team are on the right track after all.