Steyn blows India away as SA close in on victory 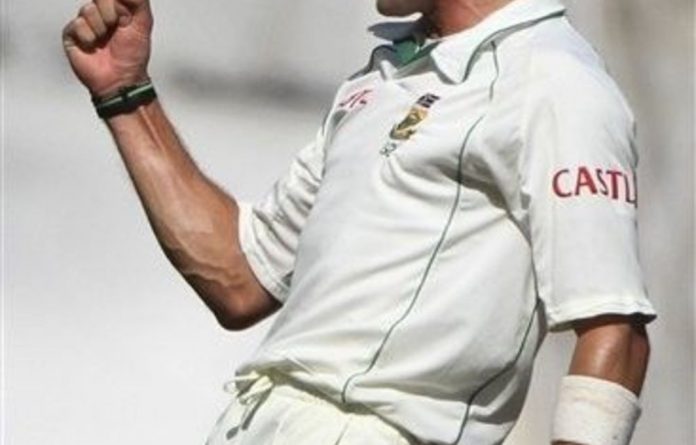 Dale Steyn bowled with fierce pace and control to return a career best 7-51 and take South Africa close to victory over India on the third day of the first Test on Monday.

Steyn took five wickets for just three runs in a dramatic spell after tea on the third day to bowl India out for 233 in their first innings, despite a fighting century by Virender Sehwag.

India are still 259 runs behind South Africa’s imposing first-innings 558-6 declared, with Murali Vijay (27 not out) and Sachin Tendulkar (15 not out) at the crease.

Steyn struck twice early in India’s first innings when he dismissed Vijay for four and Tendulkar for seven after Morne Morkel had removed opener Gautam Gambhir, who failed to add to his overnight score of 12.

Sehwag recorded his 18th Test century and Subramaniam Badrinath hit a fifty on his first Test appearance to guide India, resuming at 25-0, to 221-4 at tea.

Steyn magic
Steyn changed the game completely with his devastating spell, which brought back memories of his 2008 assault in Ahmedabad when he took five wickets to bowl India out for 76 and set up a South Africa victory.

Left-arm spinner Paul Harris triggered the collapse when he had captain Mahendra Singh Dhoni (6) caught at slip as India lost their last six wickets for the addition of just 12 runs.

Sehwag had earlier batted with uncharacteristic patience to put on 136 for the fourth wicket with Badrinath before pace bowler Wayne Parnell claimed his wicket.

Sehwag hit 15 fours before hitting a poor shot to JP Duminy in the covers to pile the pressure back on the home side, who had lost the experienced Rahul Dravid, Vangipurappu Laxman and Yuvraj Singh to injuries before the match. — Reuters