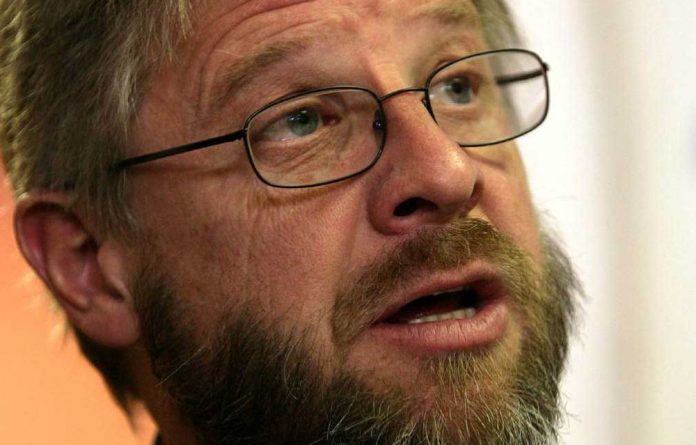 Although the Johannesburg Central Methodist Church was an “unsuitable” shelter for children, it had been their only option amid a lack of government assistance, the High Court in Johannesburg heard on Monday.

The church has become a shelter for destituted migrants, about 80% of whom are Zimbabweans who came to South Africa in search of jobs, part of an exodus that has seen up to three million Zimbabweans leave their country over the last decade.

But in a country with 25% unemployment, they have not received a warm welcome from locals.

“Unaccompanied children should not have been allowed to gather in large numbers at the Central Methodist Church, which is an unsuitable place for children,” was the finding of a report compiled by legal curator Ann Skelton.

However, the report submitted that the church had provided help before the government took up the children’s cause.

“The fact remains that the church was providing shelter and assistance to a group of children to whom little or no assistance was, initially, being offered by the state,” the report noted.

It found that the length of time the children had spent at the church had hindered the ability of the government and non-governmental organisations to help them.

“The children have formed strong bonds with one another and certain adults at the church, and this has made them resistant to the assistance being offered to them.”

Skelton was appointed to compile the report by the High Court in Johannesburg in December after an application by the Aids Law Project. The public has two weeks to comment on the report.

Skelton said that while the report was non-binding, she expected that the recommendations in it would be taken up as a matter of “good faith”.

Suggestions of sexual abuse
The status of children at the church, where thousands of mostly Zimbabwean migrants have sought shelter, has been a point of contention with the government.

Provincial officials have voiced concern over the children’s well-being, there have suggestions of sexual abuse, and there has been criticism of the church’s former bishop Paul Verryn, who has come to personify the provision of shelter at the church.

Skelton’s report found that the allegations of sexual abuse by officials at a school housed in the church “were sufficiently alarming … to have required a more robust response”.

Provincial health official Molebatsi Bopape in October tried to close down the church, which she described as a disaster and a health hazard.

“That place is not conducive for people to live there, and it’s an open secret that there is abuse of children there,” she said.

It’s the reports of sexual abuse that have done the most to dim the reputation of the church, which many Zimbabweans see as a beacon of hope in an often hostile land.

The report recommended that cases be further assessed by the provincial prosecutor.

Most of the children have been moved the Soweto Community Centre.

Urgent action is needed
The report suggests that they remain there and that a service provider be appointed for the centre’s management as a shelter until individual plans for the children can be made.

The report recommended that, to avoid the future shelter of children at the church, a reception centre should be opened in Selby “without delay”.

The report pointed out that a further 150 unaccompanied children were staying in unregistered shelters in Musina, near the Zimbabwean border, “and more children are arriving on a daily basis”.’

It called on the national government to implement a system for dealing with these children to prevent burdening of the budgets of Limpopo and Gauteng.

The report warned that the children were undocumented and risked becoming “stateless” if their situation was not addressed. — Sapa, AFP

Pandemic accelerates decline of printed news, but trust in media...

Covid-19 has forced newsrooms to find new business models, but the public has turned to the news more in the last year
National