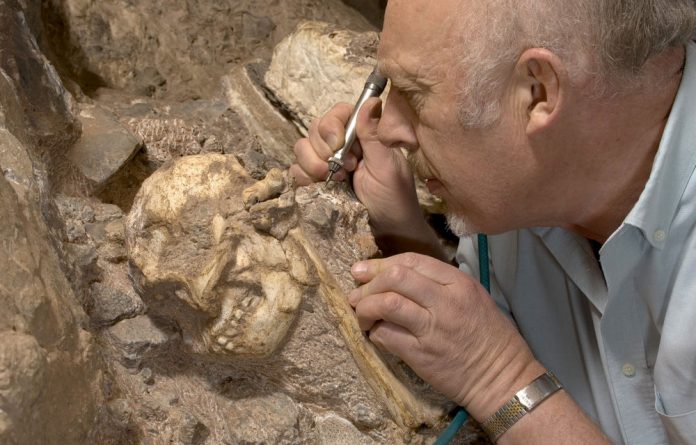 Rian Malan, the South African journalist and author, once made a spiky defence of Johannesburg in a British newspaper.

“Foreigners think we are nuts, coming back to a doomed city on a damned continent, but there is something you do not understand: it is boring where you are,” he wrote a decade ago. “You will probably live longer than us and acquire more possessions, but there is no ferment in your societies, no excitement, no edge. Your news­papers are bland and your politics are inconsequential, so many storms in teacups.”

Malan, author of one of South Africa’s seminal texts, My Traitor’s Heart, was asked how he spent an ideal day in his home city. In the afternoon, he said, he often took visitors to the Sterkfontein Caves, a world heritage site about an hour out of town.

He said: “If there is a possibility that Johannesburg was once the Garden of Eden, then our ancestors would have lived there 150 000 to 200 000 years ago.”

The city of Johannesburg has many qualities, but prelapsarian innocence isn’t one of them. In search of paradise I set out for the Sterkfontein Caves, in an area named, with arresting lack of understatement, the Cradle of Humankind.

City limits
Just 40km from the city of townships, skyscrapers and casinos, an expanse of highveld grassland and mixed woodland conceals secrets of our beginnings. The Cradle, spanning 47 000ha in the Witwatersrand Basin, is one of the world’s most important prehistoric treasures, not for its pleasant but unremarkable surface, but for the 12 major fossil sites below.

The dolomite hills are 2,6-billion-years-old — more than half the age of the Earth itself. The bedrock was once an ancient sea floor and contains the fossils of blue-green algae, some of the earliest life on the planet.

Sterkfontein is the world’s longest-running archaeological excavation, with digging continuing since 1966. It has produced more than a third of the world’s early hominid fossils, links in the evolutionary chain to modern humans. Its riches are rivalled only by finds in Ethiopia, Kenya and Tanzania.

Visits to the caves begin at a modern glass centre containing geology lessons, eerie mannequins of man-apes and quotations from Richard Dawkins.

A tour guide led us out and down a damp stairway into caverns, following in the footsteps of miners, as so often in Gauteng. The arrival of prospectors looking for lime in 1896 was both a curse and a blessing. Many fossils were probably blown up, hacked to destruction and lost, our guide explained. But if it wasn’t for the mining, she said, we might not have found the caves at all.

Home of Mrs Ples
One of the star finds at Sterkfontein was “Mrs Ples”. The 2,5-million-year-old, perfectly preserved skull has been identified as an intermediate species between ape and human.

With the “Taung child”, discovered at Taung 23 years earlier, it helped to confirm Charles Darwin’s conclusion that our roots are in Africa.

Mrs Ples was found in 1947 by Robert Broom, born into poverty in Scotland, who controversially didn’t spare the dynamite to get at his fossils.

In 1997 there came another sensational discovery, the world’s most complete pre-human fossil. It was dubbed “Little Foot” because its body parts were smaller than other adult finds and hailed as “the fossil that could rewrite human history”.

Wandering through the cool, dark caves, I looked up at a gate behind which the excavation of Little Foot continued.

Around me were the jagged walls and roof, soaring majestically above our heads like nature’s cathedral. The rocks had been worn into random shapes by the millennia. One, said the guide, shining a torch, looked like the trunk and ears of an elephant.

In a crevice crystals glittered in the torchlight. A thrown stone splashed in an underground lake and sent out ripples. Stalagmites and stalactites grown up and down over aeons touched and merged into one.

Fragments of limestone drooped from the darker rock like flecks of shaving foam or weeping willows.

“God is great,” said one member of the tour group.

The closest I felt to Indiana Jones was pushing myself through tiny gaps and narrow passages, either by samba dancing or curling up to the size of Little Foot itself. I emerged back on the surface and followed a path that allows you to see the excavations from above.

The museum shop has an excellent book, Field Guide to the Cradle of Humankind. It contains a foreword by Thabo Mbeki, the former president, who never missed a chance to hymn the African renaissance and attack the crimes of colonialism.

Source of pride
Mbeki argues that, “having given birth to humanity, we must reverse the many years of dehumanisation that have characterised our recent past”. He goes on to list reasons for Africans to be proud:

Looking around the group, at faces from Asia, Europe and the Americas, our tour guide said simply: “Welcome home, everyone.”
— ©Guardian News & Media 2010