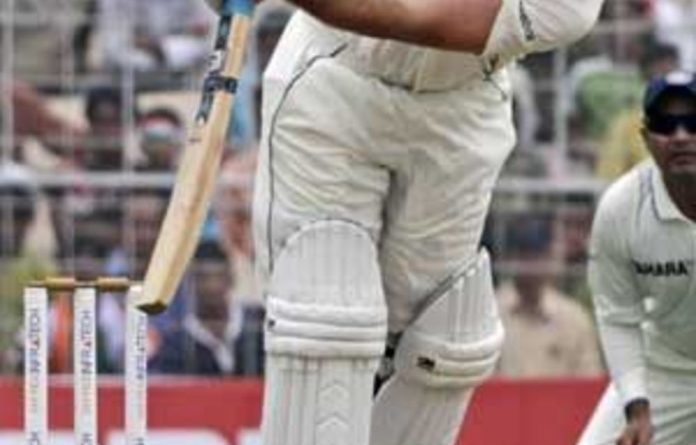 South Africa were 39-1 at lunch after losing captain Graeme Smith early on the fourth day of the second and final Test against India on Wednesday.

Only 14 overs were bowled in the morning session after a wet outfield at the Eden Gardens in Kolkata delayed start of play by 90 minutes.

South Africa, who made 296 in their first innings, still trail India by 308 runs with nine wickets in hand.

South Africa need a draw to win their first Test series in India for a decade and reclaim the top spot in the official rankings from Dhoni’s men.

The Proteas won the opening Test in Nagpur by an innings and six runs to go 1-0 up in the series.

Resuming at the overnight total of 6-0, Smith and first-innings centurion Alviro Petersen played with caution until leg-spinner Amit Mishra was brought into attack in the 13th over of the day.

Mishra struck off his first delivery, trapping Smith (20) in front of the wicket to cap a miserable outing for the South African skipper in the Test series. Smith scored just 30 runs in the series.

At the break, Petersen was unbeaten on 17 and in-form Hashim Amla was on two.

Amla had scored an unbeaten double-century in Nagpur and followed it up with 114 in South Africa’s first innings in Kolkata. — AFP