Putting out ‘fire next time’ 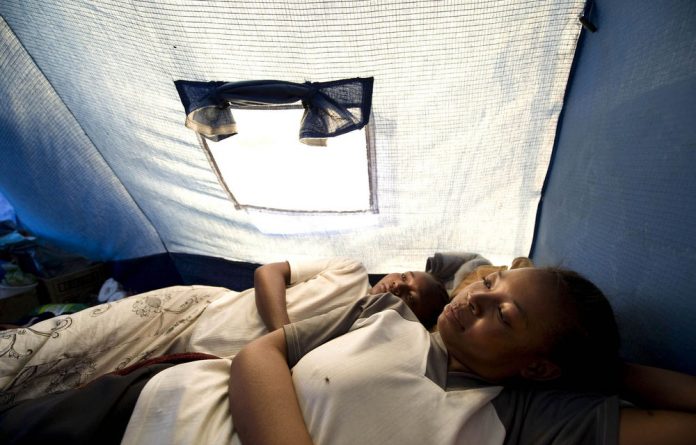 To address South Africa’s problem with xenophobia, especially directed against Zimbabweans, the government needs to seek a clean political solution up north

Towards the end of last year I was invited to participate in a discussion on migration in South Africa. There were representatives from civil society, the presidency, academics and church organisations and discussions were honest, open and uncensored.

The most interesting aspect of the discussions for me was how we ended up focusing on xenophobia — the causes of it, its various manifestations and the spectre of future attacks — rather than the broader issue of migration. And in all these discussions Zimbabwe seemed to be the elephant in the room.

An academic from Wits University’s Forced Migration Studies Programme presented data supporting anecdotal evidence that immigrants, even at “the bottom of the heap”, help to create employment opportunities for South Africans rather than taking away their jobs.

This is partly because many ­African immigrants to South Africa had better education opportunities (for historical reasons) than locals and so possess post-matric and tertiary qualifications; many have engaged in some entrepreneurial venture before arriving here.

The statistics show that up to 30% of immigrants from the Democratic Republic of Congo (DRC) possess tertiary qualifications and the number might be higher among Zimbabweans. The story of the Congolese car-guard-turned-doctor featured recently in the Sunday Times is probably not so surprising, given these statistics.

But this is irrelevant to an ordinary South African who has to live with the sense of being invaded and the reality of poverty and joblessness. An 18-year-old South African, who participated in the recent eviction of Zimbabweans from De Doorns in the Western Cape, expressed the standard sentiment: “They must go back to their countries. They do not belong in South Africa.”

One delegate at the migration discussion half jokingly told the story of how rabbits on Robben Island, once tolerable and cute, had turned into a menace and irritation when they proliferated and threatened to take over the island.

If you replace rabbits with “black foreigners” it becomes easy to understand the sentiments voiced by one participant in the 2008 attacks on foreigners.

She said: “My worry is that my children are going to be slaves because they won’t have anything. These foreign people come to South Africa with nothing, but tomorrow he has cash, third day he owns a shop and fourth day he has a car. Where do these foreign people get this money?”

Further, once the foreigner has settled here, he (or she) has the temerity to disrespect the locals; not speak their language; take their women; and “change the culture” of the local people.

These are the perceptions and, for many locals, this is their reality. It sounds pretty surreal and even ridiculous to most of us, but for someone who has emerged from apartheid expecting a better life and now appears to be losing it “because the foreigners are taking away opportunities”, this makes perfect sense. Perhaps.

It is not surprising then that these sentiments will break out into ­violent attacks of foreigners or people of a darker hue (including South Africans). In the 2008 xenophobic attacks, which resulted in at least 60 deaths, a third of those killed were South African citizens.

There seems to be a gathering storm again — witness the recent killings of Zimbabweans in Diepsloot in October 2009, the ­xenophobic driving out of Zimbabwean seasonal farmworkers in the Cape and reported attacks in Polo­kwane in November 2009.

This is coupled with apparent inertia on the part of the authorities and, in some instances, tacit approval from local political party structures. In De Doorns, for instance, a town councillor was fingered for being behind the initial attacks.

In fact, as things stand, as one Zimbabwean immigrant, who lived in Imizamo Yethu informal settlement in Cape Town, intimated to the meeting, he hears rumours of “fire next time” — a concerted and locally coordinated effort to drive out all black foreigners after the Fifa Soccer World Cup.

Whether this is true or not is difficult to establish, especially given the fact that the attacks of May 2008, though not centrally organised, spawned copycat attacks countrywide and the state stood by helplessly while people were being driven from their homes.

The person who sounded this warning is Anthony Muteti, who escaped harm from Zimbabwe intelligence agents because of his involvement with the opposition party in rural Zimbabwe in 2002 and was chased, in his words, “like a dog” from Imizamo Yethu in November 2009, a few weeks after sounding this warning at the meeting.

The worrying thing about migration in South Africa is that there is no real debate going on in the country giving direction to government policy — if in fact there is a lucid and comprehensive policy.

Under the Mbeki administration, migration from Africa was swept under the carpet and any attacks on foreigners were denied or dismissed as the work of criminal elements. The present administration is clutching at straws and does not seem too interested in upholding international law, which calls for the protection of asylum seekers and immigrants, whatever their legal status.

What, then, is the solution?

The meeting went into some detail and there will be a position paper that hopefully will inform both government and civil society. I remain convinced that a major part of the solution to South Africa’s social instability lies elsewhere, up north, and until we deal with the upstream leak, the push factors across the border in Zimbabwe, turmoil will continue here.

It is an established fact that every major town in South Africa has had to deal with an unprecedented influx of Zimbabweans running away from the collapse of that country since 2000.

The 2005 Operation Murambatsvina, which destroyed many small businesses and wiped out many urban people’s livelihoods, accelerated the forced migration of people who previously engaged in cross-border trade. That was the first big wave of the past decade.

The second wave followed the pre- and post-election violence of 2008, immediately followed by the most recent arrival of people fleeing the cholera outbreak, which resulted in 3 000 deaths and marked the complete collapse of the public health system in Zimbabwe.

South Africa’s poor have had to bear the brunt of being reluctant hosts while their government has dithered and negotiated the setting up of a fragile, unstable and schizophrenic inclusive government that is paralysed by intrigue and in-fighting.

It is time for the South African government to do the selfish thing and push for a clean political solution in Zimbabwe.

This is the only way out. The migration issues in South Africa at the moment are tied closely to the Zimbabwe question, so to reduce social friction and further xenophobic violence, dealing decisively with the Zimbabwean crisis should be paramount.

In one fell swoop a large number of Zimbabwean immigrants — the underemployed teachers working as waitrons, the housewives working on the farms, the men at your local filling station — will probably begin to look homeward.

Tied to finding a solution to the push factors in Zimbabwe, the South African government needs to show commitment to international law and protect migrants from constant harassment and attacks.

Law enforcement authorities must be diligent in arresting attackers of foreigners and the courts must mete out exemplary punishment. For South Africa’s reputation on the continent and internationally, it must be that simple.

Dr David Katerere lives and works in Cape Town. He is a past convener of the Zimbabwe Community Forum and a board member of People Against Suffering, Suppression, Oppression and Poverty, a refugee rights NGO