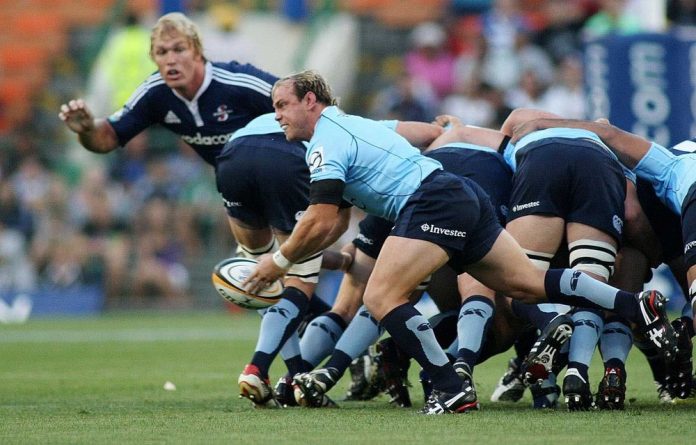 Schalk Burger, the Stormers’ lone injury casualty from the weekend’s 27-6 triumph over the Waratahs, is a doubtful starter for Friday night’s Super 14 encounter against another Australian outfit, the Brumbies.

The Stormers’ medical staff will on Monday assess the damage to Burger’s hamstring which forced the talisman flanker to retire after only 20 minutes of action against the Waratahs at Newlands.

Up to the time of his departure, Burger was a most enthusiastic participant but his replacement, Pieter Louw, made an immediate impact at breakdown play where he competed ferociously against Waratahs skipper Phil Waugh, one of eight Wallaby caps in the visitors’ line-up.

The Brumbies arrived in the Mother City on Sunday afternoon and Burger said they posed an equally big challenge.

“Every week in this competition has got a different challenge,” said Burger.

The other injury scare in the Stormers’ camp was lock De Kock Steenkamp who left the field after taking a knock to his face, but he will be fit for the Brumbies clash.

Two wins from as many outings is a fine start for the 2010 Stormers but coach Alistair Coetzee is wary of the threat posed by the Brumbies.

“They might not be as physical as the Waratahs up front but they hang onto the ball well and take it through a lot of phases,” said Coetzee. “The Brumbies are a quality side and a force to be reckoned with.

“We want to keep the ball through phases and build pressure with that. Patience is what it is all about. If you just hold onto ball and play in the right areas of the field, you will get the penalties and the opportunities to score tries.

“We looked at our performance against the Lions last week and we knew we had to maintain our intensity for the full 80 minutes.

“The Tahs have a lot of good ball-carriers like Tatafu Polota-Nau and Wycliff Palu, and we did well to not only contain them, but hit them back behind the advantage line.”

More good news for the Stormers is that loosehead prop Wicus Blaauw has overcome his shoulder injury and will be available for action this week. — Sapa