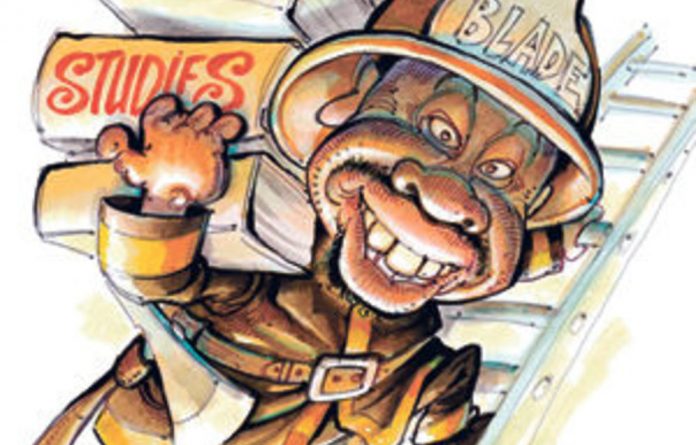 Peter Vale: Can the humanities help to train a new generation of intellectuals, civic leaders and change agents for building a just democratic society?
Blade Nzimande: We need people who can think independently, are able to evaluate ideas and who are able to develop creative solutions to problems. The social sciences and humanities are uniquely placed to provide this type of training. Beyond this, such training should also include a strong element of ethics and strive to engender in students a concern for their fellow human beings and, in particular, for those who for whatever reason have been deprived of their basic rights — to a decent standard of living and to democratic participation in shaping their lives.

Above all, this should mean a willingness to work with others for a just, democratic and equitable society, without poverty, unemployment or political or social oppression. This type of education should go beyond the formal curriculum and include the involvement of the youth in all sorts of extramural and community outreach activities so that they learn organising skills, skills of practical management and people skills in real-life situations.

Most importantly, we need to strengthen support to postgraduate studies and seek to retain some of these as academics in institutions of higher education, as well as to serve communities, especially the workers and the poor.

Both science and mathematics enjoy a high profile in society, which is probably appropriate in a contemporary environment. But the humanities, broadly understood, are also indispensable to a flourishing society; however, they are frequently put down. What strategies can address this problem?
In our country blacks — and especially Africans — were deprived during the apartheid and pre- apartheid periods of access to mathematics and science education. This has led to a shortage of these skills and a need for us to make a special effort to overcome the legacy of the past to meet the needs of a modern economy and society. So we need to encourage talented youths to study in these areas.

This, however, does not mean the humanities and social sciences are less important. They not only contribute to a deeper understanding of our society, how it functions and how it changes; they also teach us important analytical and thinking skills that can be put to good use in tackling new problems and challenges. So we need to guard against a growing tendency to discourage the brightest students from studying these disciplines even when they are interested in them. Pushing all the brightest youth into science and business does have its dangers.

What is often not appreciated is the important role that the humanities and social sciences play in producing the knowledge and skills for the economy. Thousands of occupations, professions and industries require, or would benefit from, people with an education in the humanities or social sciences. These include, among others, teachers, social researchers, people in the entertainment industry and the performing arts, artists, journalists, advertising personnel, writers of fiction and nonfiction, politicians, lawyers, clinical psychologists, industrial psychologists and sociologists, human resource specialists and various other managers. Some top private and public sector leaders are social science or humanities graduates.

In addition natural scientists and particularly applied scientists, such as engineers, town planners, architects and environmental scientists, can benefit immensely from insights gained from studying the social sciences. These things need to be communicated to young people to increase their awareness of the importance of the social sciences and humanities. The responsibility for doing this lies especially with the schools, universities, professional associations of sociologists, historians, psychologists, journalists and so on, as well as with the media.

Do you believe that streams of funding should become available for areas such as African languages and philosophy, which seem particularly
threatened by a fall-off in student enrolment?
State funding will automatically become available as enrolments increase, so I think we need to look in the first instance at ways to persuade students to enrol in such areas. I am particularly concerned about the position of African languages, which seem to have received more attention in higher-education institutions even under apartheid than they do now.

In the past this system was used successfully for education and law students to ensure that they learned at least some Afrikaans and English. As it was not very onerous and did not affect the medium of instruction, it did not stimulate the kind of resistance that led to the Soweto uprising.

Apart from better preparing students for their careers, this would also have the effect of strengthening African language departments at universities — and eventually start making an impact in the production of African- language literature and performing arts.

Do you think we should gear the syllabus to expose all university students to some training in the humanities?
Yes, this is starting to happen to some extent. The University of Fort Hare is busy piloting a ‘grounding course” that will eventually become compulsory for all first-year students and that includes interdisciplinary content on social sciences and development studies. At least one other university that I know of is considering a compulsory (and very creative) civics course.

I think these types of initiatives are definitely worth pursuing further. The ability to read, write fluently and comprehend language has shown up as a major weakness in our school system.

What can your department do to ensure that those who arrive at university are better qualified to be there?
We will work closely with the department of basic education and support its efforts to improve the quality of schooling, particularly with regard to providing strong foundations in literacy and numeracy in the primary schools. The failure of most of our schools to address these basics impacts on the rest of the schooling and post-school education of our young people.
Fortunately the department of basic education recognises this and is putting considerable effort into addressing the problems.

The higher-education system obviously has an important supporting role to play as it is the locus of teacher training and development and of research on teaching and learning in the schools. It is clear that the academic support and upgrading programmes at universities need to be extended
and strengthened.

The department of higher education and training will look for ways to support these programmes financially within the constraints imposed by the current economic crisis.

Are you thinking of ways to better fund the creative arts at the heart of African culture such as fine arts, photography, dance and music?
These are very important disciplines and have been relatively neglected. We need to be creative in looking for funding for them in this difficult economic environment, including trying to access funds from other government departments, the private sector and foundations in addition to what the department of higher education and training can afford.

Academics in the humanities are taught to explore their ideas in books and there is an important conversation beginning to take place on the need to better reward scholarship that reaches wider audiences beyond journal articles. But the current funding formula discourages such public scholarship and book writing. Will your department be exploring ways to better reward the dedicated work required to generate a wider range of scholarly productions?
Although the current formula has worked reasonably well, it has come in for some criticism. One such criticism is that the research funding formula privileges articles in academic journals over books or creative productions, such as works of art (for example, paintings, musical compositions, novels, poems and so on). This, it is said, favours the natural sciences over the humanities and social sciences.

The current system does not give credit to important unpublished research reports (for instance, research for government departments) or popular publications aimed at poor communities, the public or other non-academic audiences. The wisdom of these policies is being questioned by sections of the academic community.

There are other criticisms of the funding formula, the most important of which, in my opinion, is that it is not possible to build a differentiated higher-education system (which we want) with an undifferentiated funding formula. The current formula is the same for traditional universities, universities of technology and comprehensive universities and applies equally to research-rich institutions and to those that devote a greater proportion of their efforts to undergraduate teaching.

I have no ready-made answers to the question of whether these criticisms are all valid or what can be done about them. I am therefore considering instituting some time in the next year an inquiry to examine the funding formula and to make recommendations about amending it. This may well end up benefiting the humanities and social sciences.

Peter Vale is Nelson Mandela Professor of Politics at Rhodes University and co-chair of the Academy of Science of South Africa’s consensus study on the humanities.

The future of the humanities
The Academy of Science of South Africa’s Consensus Study on the Future of the Humanities will consider funding, government policy and the experience elsewhere with strengthening these disciplines, among other issues.

May I suggest, Deputy Minister

Age is no impediment to doing my job

Championing education as we did the World Cup