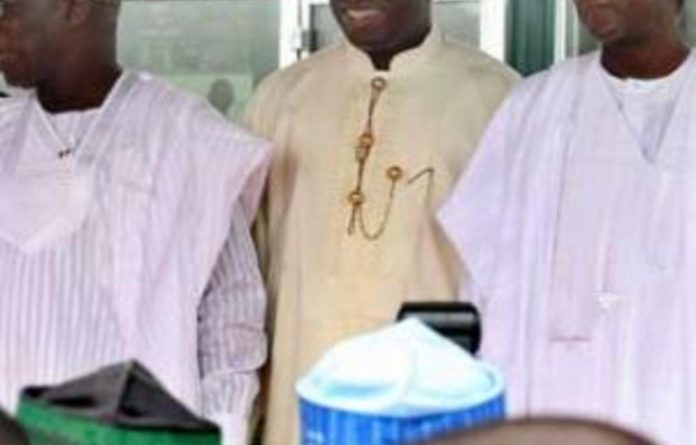 Nigerian President Umaru Yar’Adua arrived back in Abuja on Wednesday after three months in a Saudi Arabian hospital, renewing uncertainty over the leadership of Africa’s most populous nation.

There was no immediate word on his condition but a presidential adviser said it was unlikely he would immediately resume office, suggesting Vice-President Goodluck Jonathan would remain acting head of state for now.

Yar’Adua’s absence brought sub-Saharan Africa’s second biggest economy to the brink of constitutional crisis and threatened to paralyse the business of government, until Jonathan was sworn in as acting leader two weeks ago.

Jonathan has since adopted the mantle of leadership, reshuffling ministers, pledging to tackle chronic power shortages and forge ahead with an amnesty for rebels in the oil-producing Niger Delta. Some politicians have said he could win support to run for president in elections due by April next year.

Ministers waited inside the presidency an hour after a weekly Cabinet meeting was due to begin, uncertain about who would be chairing the session.

“The news of the president’s arrival is reportedly causing a lot of anxiety in Abuja especially among politicians, many of whom had prepared themselves for a post Yar’Adua era,” said Nigerian newspaper NEXT.

Emmanuel Egbogah, presidential adviser on petroleum matters, confirmed Yar’Adua had arrived in Nigeria on Wednesday morning but told Reuters it was “doubtful” he would immediately take over executive powers.

“I heard about it this morning and I am yet to be briefed,” she told Reuters.

Key Cabinet meeting
Analysts say those close to Yar’Adua were growing concerned about Jonathan’s assertive behaviour since the Senate and House of Representatives recognised him as acting head of state two weeks ago and wanted to bring the president back quickly.

A Senate resolution passed on February 9 stated that Jonathan would cease to be acting president once Yar’Adua stated in writing to the leaders of both houses of Parliament that he had returned from “medical vacation”.

But Nigeria’s politicians have been flexible in their reading of the Constitution during the crisis.

“The Senate resolution was very clear. It says the acting presidency lapses once the president sets foot on the shores of Nigeria,” one of Yar’Adua’s close allies said.

“We now have a president and a vice-president. The president can choose to delegate or carry out his functions directly.”

The Cabinet has twice passed resolutions that there are no grounds to declare Yar’Adua unfit to govern but splits have emerged between Yar’Adua loyalists and ministers who feel he should step aside. Any new pronouncements after Wednesday’s meeting could be key to his political fate.

Many Nigerians remained sceptical he would resume office.

Yar’Adua’s arrival was shrouded in secrecy.

Two planes arrived at the presidential wing of the Nnamdi Azikiwe international airport in Abuja in the early hours of Wednesday, one of them met by an ambulance which left under a heavy police escort shortly afterwards, a Reuters witness said.

Soldiers lined the main road from the airport to the city, a standard manoeuvre when the president is travelling.

Jonathan could continue as acting president until such time as Yar’Adua’s health recovers and he is fit enough to resume office. Should his condition be so serious as to render him incapable of holding office, he could step aside, allowing Jonathan to be sworn in as leader and name a new deputy.

Yar’Adua has been receiving treatment for pericarditis, an inflammation of the membrane surrounding the heart that can restrict normal beating, and also is known to suffer from a chronic kidney condition.

Neither the presidency, the ruling party nor the Cabinet have given any details on his health since shortly after he left, fuelling speculation about the gravity of his condition.

‘Nobody likes uncertainty’
Below is reaction to the return of Yar’Adua.
Bismarck Rewane, Financial Derivatives Consultancy, Lagos

“The president can no longer be considered to be missing in action … on the possibility of looking for a solution to the political equation, the chances are higher.”

“It is good for the financial markets because nobody likes uncertainty. We are getting closer to closure.

“This consistent attempt to be in a state of self-deception cannot continue. We need to come to terms with what we have. What are the unknowns and let’s solve them.”

Razia Khan, head of Africa research, Standard Chartered
“It is probably still too early to gauge any meaningful market reaction. In all likelihood, financial markets will adopt a ‘wait and see’ approach.

“Investors like certainty, with markets likely to react favourably to any turn of events that quickly re-establishes some level of certainty, allowing for reforms to continue without any disruption by the political cycle.”

Kayode Akindele, director, Greengate Strategic Partners, Lagos
“The return of the President to Nigeria is good news but the state of his health is very important for the unfolding political dynamics … It’s almost impossible to keep such information secret now he is back.

“Whatever the case a permanent solution to the three-month crisis appears imminent and the Executive Council meeting today, if held, could be a key indicator of what is to come.”

Thompson Ayodele, executive director, Initiative for Public Policy Analysis, Lagos
“If Yar’ Adua doesn’t say anything before the week runs out, that is an indication that he is undoubtedly incapacitated and this may facilitate his removal.

“Above all, a mere press release won’t solve his ability to rule. Nigerians would like to see him addressing them and be seen to be able to perform his required roles. Without that, he risks impeachment.”

David Aserkoff, strategist, Extoix
“It’s good news on the margin for Nigerian politics. What we need to see is the president not just returning to Nigeria but returning to being active as a president.

“The real positive development in Nigerian politics is the consensus that Goodluck Jonathan would be able to take over as president, the hope is that this consensus will remain. We should be happy about the good news, we can worry about the problems as they happen.”

“Whatever people have been saying about the politics, all of the instruments have been rallying. Nigerian equities have outperformed the MSCI in January and February.”

Richard Segal, analyst, Knight Libertas
“The return of President Yar’Adua is a very newsworthy event for Nigeria, given that he has been absent from the country for three months with no official contact and was also highly unexpected. It is too soon to gauge the impact of this weighty development, but all Nigeria watchers will wait avidly for the first official statement.”

Timeline
April 2007: Umaru Yar’Adua is elected president.
November 23: Yar’Adua goes to Saudi Arabia for medical checks. Three days later officials say the 58-year-old president is suffering from the heart condition acute pericarditis and it is unclear when he will return.
December 2: Cabinet unanimously agrees there are no grounds to seek the president’s resignation, rejecting calls for him to quit.
December 19: Niger Delta rebel group Mend say they have carried out their first attack on an oil pipeline since an amnesty offer as the absence of Yar’Adua was delaying talks.
January 12 2010: – Yar’Adua makes his first public comments in over seven weeks, saying in a radio interview that he is recovering from illness and hopes to return home soon.
February 9: Vice-President Goodluck Jonathan assumes presidential powers. Parliament earlier had recognised Jonathan as acting head of state in an effort to end uncertainty. The Senate resolution states that Jonathan will cease to be acting president once Yar’Adua stated in writing to the leaders of both houses of Parliament that he has returned from “medical vacation”.
February 10: Jonathan chairs first Cabinet meeting as acting head of state, seeking to revive government business after more than two months of stagnation. He removes Justice Minister and Attorney General Michael Aondoakaa. Aondoakaa had been among ministers who held out against formally transferring power to Jonathan during Yar’Adua’s absence.
February 12: Jonathan approves the disbursal of $2-billion from windfall oil savings to the country’s 36 states and government agencies.
February 17 2010: The Cabinet rejects a motion to declare Yar’Adua unfit to govern, deciding instead to send a delegation to Saudi Arabia for an update on his health.
February 24: Yar’Adua arrives back in Abuja after three months in a Saudi Arabian hospital. – Reuters

A study shows that the social messaging platform is both emancipatory and destructive, particularly during election campaigns
Read more
Advertising
Continue to the category
National