Big guns back for unbeaten Chiefs 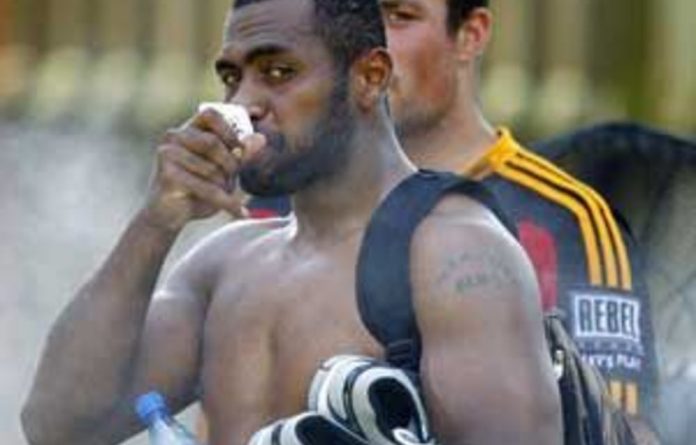 The Chiefs welcome back strike weapons Mils Muliaina and Sitiveni Sivivatu as they look to take full advantage of the Bulls’s bye and go top of the Super 14 this weekend.

Last season’s beaten finalists are favoured to toss aside injury-ravaged Reds in Hamilton on Friday and take over the running after four rounds of the southern hemisphere provincial championship.

The Chiefs returned from South Africa perserving their unbeaten start to the campaign and along with fellow New Zealanders the Hurricanes are just one point behind the Bulls.

The Hurricanes have injury concerns and are embarking on a testing three-match tour of South Africa on Saturday, starting with the Cheetahs in Bloemfontein.

The Chiefs are at home for the first time this season and will be looking to extend a franchise record winning sequence of six at Waikato Stadium.

Their hopes were boosted by the return of winger Sivivatu from a shoulder strain, while All Black fullback Muliaina is having his first outing from his extended off-season break.

Queensland are having a dreadful run of injuries and will be without their in-form back three after strike weapon Digby Ioane joined fellow Wallaby Peter Hynes and winger Rod Davies on the sidelines.

The Hurricanes will be without lock Jason Eaton, possibly for the rest of the season, after he ruptured his anterior cruciate ligament in his right knee last weekend against the Golden Lions.

Wellington will also be without All Blacks Conrad Smith (thumb) and Tamati Ellison (shoulder) for the Cheetahs’ match.

The Cheetahs have been competitive this season despite their 10th position, but the ‘Canes have an excellent record in South Africa, winning 10 of their last 16 games there.

Seven-time Super rugby champions the Crusaders are likely to be a much tougher proposition in Saturday’s New Zealand derby with the Blues, with the first start of the season for All Blacks captain Richie McCaw.

McCaw, who had been given an extended sabbatical after the All Blacks end-of-season tour last year, came on late for the fourth-placed Crusaders in their 35-6 win over the Sharks last Friday.

“It was nice last week to get a bit of rust out, but it’s different when you are starting and I’m looking forward to it as I’m sick of doing all the training for no rewards,” McCaw said.

The intense rivalry between the two Kiwi powerhouses — between them they have won 10 of the 14 Super titles — will add spice to the contest.

Burger’s troublesome hamstring has healed and in another change Springbok scrumhalf Ricky Januarie makes way for Dewaldt Duvenhage for the fifth-placed Stormers.

The seventh-placed Brumbies are unchanged for their first home game of the season against the Lions on Friday, while Wallaby flanker Dean Mumm is back from suspension for the 11th-placed Waratahs’ home game with the winless Sharks on Saturday.

The Force will also have this weekend off. — AFP