Taxi signs get the finger on South African stamps 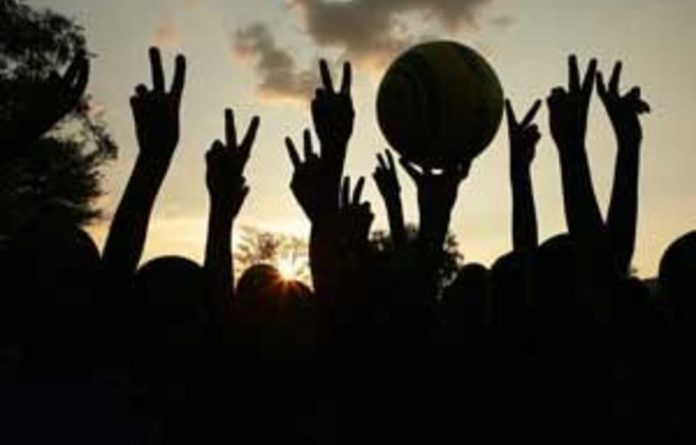 The stamps, released in a blind-friendly raised-relief set of 10 by the South African Post Office, salute the unspoken language that ferries millions of commuters daily along fiercely competitive private taxi routes.

“It was chosen because the hand signs are so unique to South Africa,” said Thea Clemons, graphic designer for the post office’s philatelic services which receive around 100 stamp proposals annually.

“We always say stamps are our smallest ambassadors, so we are looking for something that we are proud of. It says that we are a creative bunch of people who use different hand signs so that we can show the taxi where we want to go.”

In a nation with 11 official languages, the hand signals are a universal “12th” language that crosses cultural lines. Each signal pinpoints a specific route in street-side finger lingo that is used to bring jam-packed minibuses to a swift, traffic defying halt.

‘If you show the wrong sign, it means you are lost’
Knowledge is key to reaching a desired destination: an upward index finger goes to Johannesburg’s inner city, a gun style-point is for Alexandra township, and a splayed hand will go to upmarket Rosebank.

“As soon as you have the wrong sign, they take you to the wrong place. So it’s important to have the right sign,” said Hlile Doshane, 52, who is a daily passenger. “If you show the wrong sign, it means you are lost.”

Arising out of the apartheid state’s loosening of transport controls, the unregulated minibus taxi industry transformed into a cut-throat, powerful sector beset with taxi wars.

Today it is plagued by abysmal safety records with unroadworthy vehicles and unsafe driving and often violent flare-ups. But for the majority of South Africans, it is the only public transport available.

Artist Susan Woolf, whose delicately colourful work is depicted on the stamps, started researching the hand signs three years ago for a doctoral thesis.

“I drove around Johannesburg and I saw a lot of people doing these signs and I thought they were brilliant,” said Woolf, who has also published a booklet for the sighted and a book for the blind with braille-like signs.

“Hopefully the map and the taxi hand signs will become an everyday thing like the London Underground.”

Changing perceptions
Armed with a few sketches, Woolf approached taxi drivers with a few taxi signs where initial scepticism at a “mlungu gogo” (white grandmother) in a black male dominated environment gave way to collaboration that led to the first documented workings of the industry’s hand signs.

“I think the taxi industry is still a very dark place. It’s a violent place and very fortunately what I’m doing is the first really positive thing to talk about when you associate anything with taxis,” Woolf told Agence-France Presse.

“I want people to understand how fantastic and innovative so many South Africans have been in very difficult circumstances. And I see the hand signs as something like that.”

Philip Mahibe of the South African National Council for the Blind (Sancob) welcomed the blind-friendly stamps — available in a set of 10 for about R30.

“It doesn’t only empower blind people, it also empowers those who will to render services to blind people in the form of taxi operators.”

And paging through one of Woolf’s booklets for sighted people, 23-year-old taxi driver Thami Ndebele said the images had great potential for South Africa’s football World Cup in June when some 450 000 tourists are expected.

“It’s going to help people — tourists and South African people beacause they don’t know where they’ll be going during the World Cup. The signs are very important so that people don’t get lost.” — AFP