Benin’s Angelique Kidjo is no stranger to world music fans, with her 2007 album Djin Djin winning a deserved Grammy Award. Her follow-up, Õÿö, pays tribute to the music that influenced her in her youth. From James Brown and Carlos Santana, Aretha Franklin and Miriam Makeba to Curtis Mayfield and Otis Redding, Õÿö is a rich, soulful album that brings together American funk and soul and traditional African songs from Benin and South Africa. Featuring guest performances from John Legend, Dianne Reeves, Roy Hargrove and New York’s Afrobeat outfit Antibalas, it is an all-star affair. Highlights include Kidjo’s stirring rendition of Solomon Linda’s infamous Mbube, her Afrobeat-tinged take on James Brown’s Cold Sweat and Kelele, Kidjo’s tribute to the highlife genre that sprung up across West Africa in the 1920s. Although the album can feel a little disjointed at times because of its diverse range of material, it is still a rewarding offering from one of Africa’s finest singers. — Lloyd Gedye 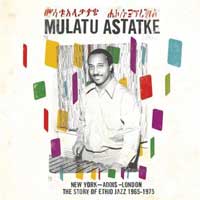 With an Inspiration Information title already released on Strut Records in 2009, this compilation of the Ethiopian jazz legend’s work in the late Sixties and early Seventies is a welcome addition to the reissues of Mulatu Astatke’s magnificent catalogue. The acclaimed Ethiopiques reissue series and the soundtrack to Jim Jarmusch’s Broken Flowers initially brought Astatke into the international spotlight and it has just been announced that Strut will be releasing his first new studio solo album in more than 20 years. This collection traces Astatke’s travels from Trinity College London to Harvard and then to New York, where he cut his teeth playing live and recording, fusing Western jazz and funk with Ethiopian melodies. His return to Addis Ababa in the late Sixties saw him become a central figure in the local Ethiopian music scene, mostly as an arranger for other vocalists. If you have a taste for jazz and funk, this album is absolutely essential listening. — Lloyd Gedye 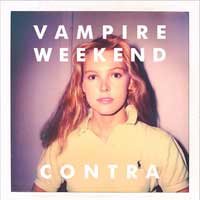 Someone I know once said of Vampire Weekend that just because they grew up listening to Paul Simon’s Graceland they think they know about South African music. Judging from their second album, Contra, that’s exactly what they think. And although the songs are thoughtful, there’s something rather exploitative about using generic African beats to make indie music, without attempting to dig deeper into the elements of African sound. The band’s choice of single is hard to understand — they chose Cousins, easily the blandest track on the album. The thing about this album is that it’s not hard to see that they’ve developed it with a middle-finger attitude to anyone who doesn’t like their chosen sound — there is as much diversity on this album as on an Enya record. — Ilham Rawoot 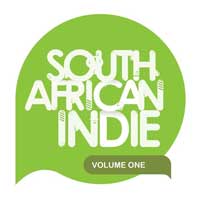 Compilations can be a hit-and-miss affair. The same can probably be said of South African indie music. But this album manages to get it right and the result is an entertaining two hours of South Africa’s most happening alternative rock acts. Of course, the Bellville brigade, with the original Fokofpolisiekar and its offspring Van Coke Kartel, aKING and electro-pop outfit Die Heuwels Fantasties, feature and that alone is worth the album’s price. Other stars include New Holland, Ashtray Electric and Straatligkinders. But the absolute gem on the album is Jack Parow’s Cooler as Ekke, which is fast becoming a cult classic in South Africa. When old Jack raps: “Shame, you listen to the Dirty Skirts”, he probably did not imagine his tune would be sharing compilation space with a Dirty Skirts song only months after he wrote the lyrics. — Yolandi Groenewald 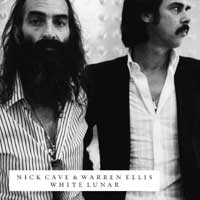 Nick Cave and his fellow Bad Seed Warren Ellis have been working on film scores together since 2005 when they collaborated on the music for Australian western The Proposition. Since then they have scored 2007’s The Assassination of Jesse James by the Coward Robert Ford and recent Cormac McCarthy adaptation The Road. White Lunar attempts to compile some highlights from all three of these scores on disc one, but although it serves as a great introduction to these works, the full scores are so magnificent they should be heard in their entirety. But the real treats on this collection are on disc two, where Cave and Ellis’s work on a number of lesser-known documentaries is compiled. These recordings have not seen commercial release until now, so fans of the duo’s work will be in their element. As the liner notes state: “The first CD has the big themes, the orchestra and the songs, and the second CD is fractured, haunting and sometimes badly behaved.” Pure, unadulterated delight! — Lloyd Gedye 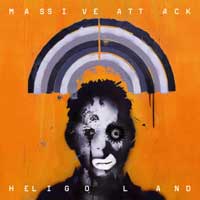 Massive Attack are back! With their first proper album in seven years, this Bristol outfit have made a major return to form. 2003’s 100th Window had few interesting moments and left many fans disappointed, but the quality of Heligoland should rectify that. Featuring a host of great guest artists, including Damon Albarn, Martina Topley-Bird, TV on the Radio’s Tunde Adebimpe, Mazzy Star’s Hope Sandoval and Portishead’s Adrian Utley, Heligoland is an all-star affair. Opener Pray for Rain is a slow-burner, but Adebimpes soulful vocals ensure that it still has presence. Perennial Massive Attack collaborator Horace Andy returns on two tracks: the stomping Splitting the Atom and the dubby Girl I Love You. But the album highlight has to be Saturday Come Slow, which features Albarn on vocals and Utley on guitar. Dedicated to the deceased producer Johnny Dollar, who took the helm of their 1991 breakthrough debut album Blue Lines (credited with inventing the trip-hop genre), Heligoland feels like an appropriate statement of intent from a band 20 years into their career. — Lloyd Gedye 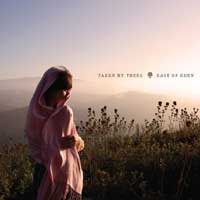 This is the second album by former Concretes singer Victoria Bergman since she quit the band back in 2006 and it is by far her best. Her first solo album, Open Field, which featured Electrelane front-woman Verity Susman on piano and backing vocals, was dominated by reverb-heavy minimalist nu-folk, but for East of Eden, Bergman travelled to Pakistan to record with a host of the country’s musicians. The result is a mesmerising East-meets-West folk record. Opener To Lose Someone is a beautiful, soothing piece that features the voice of local Sufi musician Sain Muhammad, while Anna features Noah Lennox, Animal Collective’s Panda Bear, on backing vocals. But that’s not the only Animal Collective link, with Bergman reworking the band’s My Girls as My Boys, a fantastic folk take on the song with great Pakistani percussion. Bergman has gone out on a limb with this album and been justly rewarded — absolutely gorgeous. — Lloyd Gedye 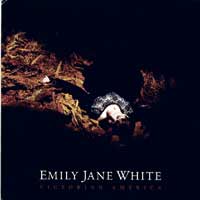 Emily Jane White’s Victorian America is another little joy from offbeat French record label Talitres. It is surprising that despite White’s having lived in Bordeaux and her extensive touring in Europe her work does not carry much that is redolent of the continent. Instead her work is sweet, sad folk music, steeped in Americana. The acoustic arrangements and layered orchestration gently underscore her rich, rather deep voice, showcased best in tracks such as Stairs and The Ravens. The depth of sorrow in much of her music may well be the reason her music has been categorised as “dark folk”. Nevertheless, many may find her work relentlessly abstract and depressing. But this reviewer did not — it is simply suited to still, cloudy days. — Lynley Donnelly