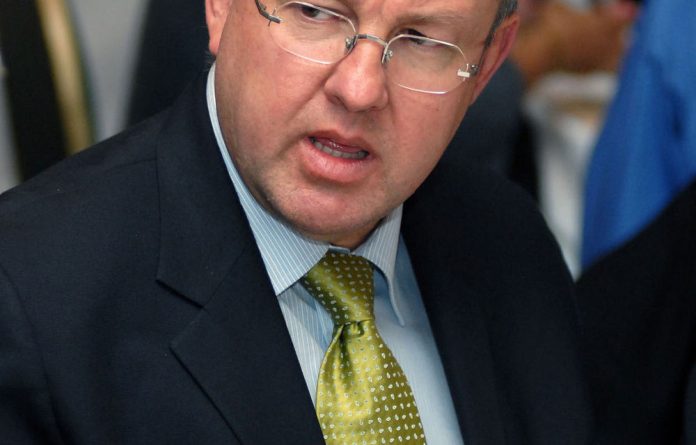 Former environment minister and current Tourism Minister Marthinus van Schalkwyk has emerged as a frontrunner for the post of the United Nations’ new climate chief.

A government official confirmed this week that a range of organisations and countries had approached Van Schalkwyk, urging him to take the position, but that talks were still at a preliminary stage. Van Schalkwyk’s office would not comment.

The new chief will oversee one of the most important treaties of the 21st century, designed to curb climate change and shape the way countries power their economies.

During his tenure as environment minister, Van Schalkwyk won considerable respect in the UN’s climate change negotiations. “He can definitely be such a person,” a Copenhagen negotiator told the Mail & Guardian. “He would be acceptable to most people, so he should definitely be counted as a favourite.”

De Boer, from the Netherlands, resigned five months before his contract was due to expire, after almost four years on the job. His successor will almost certainly come from the basic group, comprising Brazil, South Africa, India and China. De Boer also said it would be preferable for his successor to come from a large developing country.

But Sharma will not be acceptable to the United States, which mistrusts India and China after the Copenhagen climate change summit. Only South Africa, seen as a bridge builder, and Brazil are likely to be palatable to the US. There is also an outside chance that the new chief could come from UN ranks, though many involved in the negotiations feel that a strong political head is needed to avoid another Copenhagen debacle and to steer the world towards agreement.

Ban must first compile a shortlist and then consult governments and members of the UN’s climate change bureau, which has representatives from countries in each UN region. The list is not publicised and Ban must make the final decision.

In interviews De Boer indicated that he did not foresee the conclusion of a legally binding treaty in Mexico at the end of the year.

It looks increasingly likely that the deal will be sealed at a summit in South Africa in 2011.

UNFCC sources said having a South African chief at the helm would give the conference major impetus. If Van Schalkwyk lands the job he will have to secure US buy-in for the UN negotiating process and address the legal status of the Copenhagen accord.

His next step would be to set a new negotiating timeline to move towards a treaty at the South African encounter. The US favours shifting the talks to smaller forums, while the basic group fiercely opposes this.

The US and the European Union aim to replace the Kyoto Protocol with a new treaty when it expires in 2012, while developing nations want to keep it going.

The new chief would also have to mediate this tension.