Writers: Penned in or breaking out? 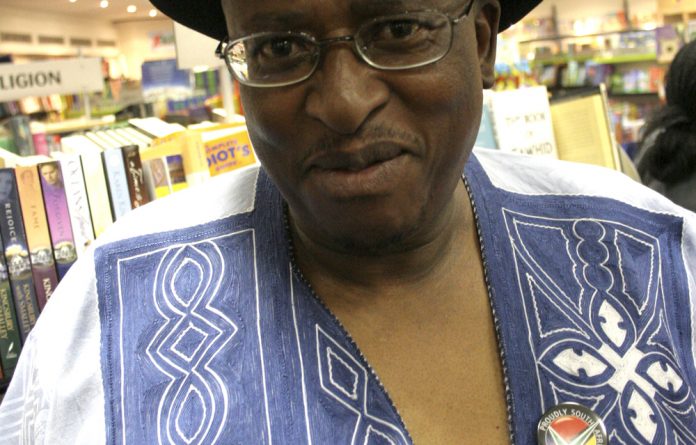 Theatre director Mike van Graan’s keynote address to the Time of the Writer Festival began with the larger symbolism of the “storming out” of Arts and Culture Minister Lulu Xingwana from a lesbian photographic exhibition at Constitution Hill.

The minister, reportedly in a huff, left the exhibition of naked photographs of lesbian women in August last year.

Van Graan found it disturbing that this incident took place, of all places, at Constitution Hill, the arbiter, Van Graan emphasised, of “what is good and bad, what is right and wrong, not in terms of some individual’s arbitrary moral prejudices or any party’s political agenda … but in terms of the country’s Constitution”.

The award-winning playwright drew salutary lessons from the incident: “It doesn’t matter if rights are guaranteed on paper, those in power will always seek to create democracy in their self-serving image so that the artistic space for freedom of expression can never simply be assumed and needs to be asserted and defended in practice and through struggle.”

In his wide-ranging meditation, entitled “The State of the Arts and the Black Arts of the State”, Van Graan proclaimed 2010 to be an epochal year in Africa’s calendar. And not because of the 2010 Fifa World Cup, an event “from which few Africans beyond the Limpopo will benefit”. It’s a landmark year “because 2010 marks 50 years of independence for no less than 17 African countries”.
He then posed a difficult question for South Africa and the continent at large: “Amid the South African razzmatazz and the propaganda about the World Cup’s contribution to development on the continent, it will be prudent to reflect on what independence has meant for many Africans, and for the arts and artists in particular.”

Nigerian writer and Catholic clergyman Uwem Akpan, one of the visitors taking part in the festival, is well placed to engage with the audience on this topic. His native country is endowed with numbers (more than 150-million people) and petroleum (as the 12th-largest producer in the world), advantages that the country’s leaders have, over the past half-century, conspired to sabotage.

In the past year Akpan has edged his way into the literary mainstream following the inclusion of his book, Say You’re One of Them, in Oprah Winfrey’s Book Club. That acknowledgement from the diva guarantees pop status for the Jesuit priest-cum-writer, but the raw material he uses for his fiction is heavy and unpalatable.

His book, winner of last year’s Commonwealth Prize for Literature Best First Book Award, is a pessimistic collection of short stories set in the slums of Kenya, in Rwanda circa 1994 (at the time of the genocide) and in Nigeria in the claws of religious violence. Indeed, hundreds of Nigerians were reported dead after clashes between Muslims and Christians in the city of Jos this week.

Akpan will join Zakes Mda and Imraan Coovadia in a panel discussion, “Why I Write What I Write”.

One of Akpan’s stories, My Parents’ Bedroom, is set in a Rwanda in which machete-wielding brother has turned against sister in a genocidal violence the likes of which the continent had never seen since … well … the Biafran war of 1967 to 1970. When Granta asked him about the genesis of this story, Akpan replied: “When I read in newspapers that one million Rwandese were killed by their compatriots, it makes no sense to me. I have not seen a million people before. For me to even begin to understand, I may have to see how one person was killed and how much propaganda went into such an act.”

Other notable fiction authors at the festival include Sally-Ann Murray (Small Moving Parts); Cameroonian French writer Léonora Miano; Zukiswa Wanner, whose third novel is due out this year; Elana Bregin; and Thando Mgqolozana (A Man Who Is Not a Man).

At last year’s Grahamstown launch of A Man Who Is Not a Man, which deals with circumcision, Mgqolozana invited the gathering to “imagine that you live in a world where innocent young boys are dying, eaten by a cultural practice gone wrong. They die, sometimes get amputated and lose their manhood, but certainly all the time they take with them a baggage of physical and psychological trauma, for life.”

If it’s not botched circumcisions killing off Africa’s young people, it’s something else: war, famine, poverty or disease. Indeed, one of the questions Van Graan raised was: “Why is it that after 50 years of independence and development in Africa, a third of the countries on the continent have an average life expectancy of 50 or less?”

Other rabble-rousers invited to the festival to help answer this question include William Gumede, author of the critically acclaimed Thabo Mbeki and the Battle for the Soul of the ANC and, more recently, The Poverty of Ideas, a tome he co-edited with Leslie Dikeni. Gumede will be in conversation with Andile Mngxitama, a Black Consciousness thinker and columnist.

Mngxitama, co-editor of Biko Lives! Contesting the Legacies of Steve Biko, is the publisher of New Frank Talk, an angry and articulate journal that not only bemoans the black condition but also prescribes solutions.

Last week, before the festival, I sat with him for an interview in Sophiatown, a trendy hangout spot in Newtown, Johannesburg. Mngxitama revels in his role of agent provocateur and stone-thrower. A patron walking into the restaurant shouted “Viva Azania!” at seeing Mngxitama; it was a greeting met by a waspish “Fuck Azania!”

Provocation and being a general nuisance to the establishment is intrinsic to what New Frank Talk is about: “We are explicitly political, we take a radical Black Consciousness position. We read the post-1994 moment through the Black Consciousness lens and hope to contribute to a new chimurenga” (the Zimbabwean, as opposed to Shona, word for revolution).

Even though life in Africa is gloomy, we still manage to laugh. The panel discussion this Friday, “What’s So Funny about Africa?”, will feature Sihle Khumalo and Ndumiso Ngcobo, two of South Africa’s funny men. Khumalo is the author of humorous travelogues Dark Continent, My Black Arse and Heart of Africa, books that have set him apart as a witty and open-minded South African.

Ngcobo, a columnist and satirist, is working on a debut collection of short stories. Ngcobo has already put out Some of My Best Friends Are White and Is It Coz I’m Black?, irreverent and humorous musings that have won him a loyal following.

Although laughter, as the cliché has it, might be the best medicine, Van Graan argued that, for him, “the health of the arts is to be analysed in terms of the democratisation of our society: the space created for freedom of artistic expression and for the arts sector to engage with those in power”.

The Time of the Writer runs from March 9 to 13. Other panellists include academic Ashwin Desai, writer Fatima Meer, activist Trevor Ngwane, scholar Eunice Sahle and internationally renowned sports writer David Zirin in the panel “Dennis Brutus: Life, Literature, Politics And Mandates To Us All”. For details go to www.cca.ukzn.ac.za or phone 031 260 2506/1816