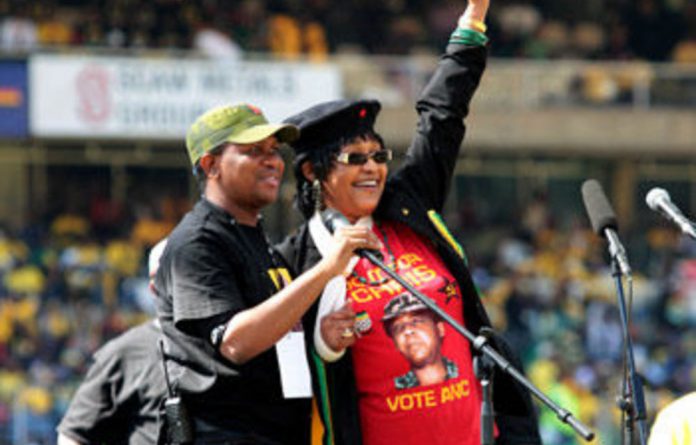 Fatima Meer’s house should be declared a national heritage site, Winnie Madikizela-Mandela said on Saturday at the late activist’s state funeral at the Durban Exhibition Centre.

“I feel she was never truly recognised for the work that she has done,” she said.

“I will work for her home to be declared a national heritage site. May her soul rest in peace,” said Madikizela-Mandela.

Meer (81) died on Friday afternoon after suffering a stroke two weeks ago.

An emotional Madikizela-Mandela told about 200 people who had gathered to pay their last respects to the political activist of their special friendship and how they helped each other during the struggle against apartheid.

“This is a very emotional moment … Fatima represented my world as a . My world was complete with her,” she said.

Madikizela-Mandela said during the struggle days Meer would look after her children while her former husband, Nelson Mandela, was in prison and when she had been detained.

“When I met Fatima I was struck by the wonderful person that she was. The role that Ismail [Meer’s husband] and Fatima played is one of the enduring struggles of the movement,” she said.

Madikizela-Mandela also said she was exhausted after returning from her week-long trip to the United States.

‘Figment of their imagination’
“I am physically exhausted from a week of travel in the US and emotionally drained from the media [attention] on my arrival,” Madikizela-Mandela said.

She reiterated that the interview with journalist, Nadira Naipaul, that made newspaper headlines recently, was not true.

“The so-called interview is a figment of their imagination,” she said.

In the interview, which raised eyebrows in South Africa, Madikizela-Mandela was quoted as saying that Nelson Mandela had become “a corporate foundation”, who was “wheeled out to collect the money”.

Naipaul further wrote that Madikizela-Mandela told her “this name Mandela is an albatross around the necks of my family” and that she could not forgive her former husband for accepting the Nobel Peace Prize with former president FW de Klerk.

Buthelezi, who meet Meer in 1960 at the University of Fort Hare, said Meer’s death left a void and her life should be celebrated for her bravery.

With tears in his eyes, Meer’s younger brother, Farouk said this was a very difficult time for the family.

“Her death is extremely difficult to bear she was a caring person, she loved people. She was happy to work tirelessly so that lives of people would be changed [and] these things made her who she was,” he said.

Farouk also called on the government to do something about government tenders that were falling into the wrong hands.

“There is a young man leading the country to disaster making a mockery of our legacy. Somebody has to restore pride on the liberation of our movement,” he said.

Farouk also called upon his close friend, Gordhan, to do something about government funds falling into the wrong hands.

Fatima’s activism started at the age of 17 in 1946 when she shared the platform with anti-apartheid leader, Dr Yusuf Dadoo to mobilise support for passive resistance.

In 1949 she worked tirelessly to improve race relations between Indian and black South Africans in Durban.

Fatima married Ismail in 1951 and they had three children, Shamin, Rashid and Shehnaz. She was buried at the Brooke Street Cemetery in Durban. – Sapa