Hanging up my wig 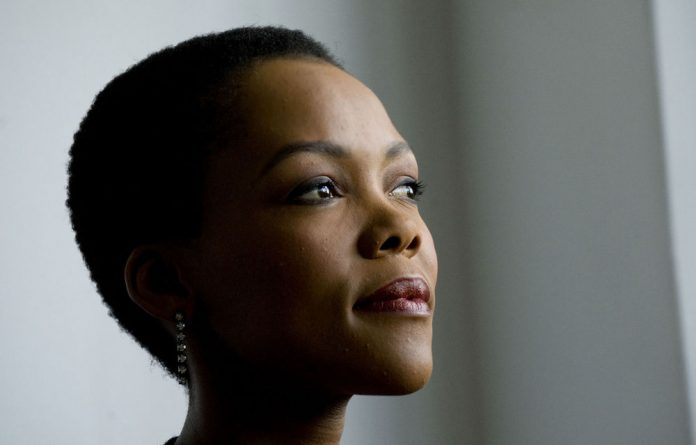 A funny thing happened at the JP Morgan Corporate Challenge last week. A few colleagues from the e.tv channel and I joined thousands of other Johannesburg city slickers to participate in the 5,6km race through the streets of Melrose and Rosebank. It’s good fun but, most importantly, it helps raise funds for Cyril Ramaphosa’s Adopt a School Foundation.

The fact that I was running is not the amusing bit. While throngs of us were waiting for the start gun to go off, it started raining. It pelted down for about 20 minutes while we waited for the race to begin. Some not-so-brave souls decided to abandon the escapade while the majority decided to soldier on, skipping about and pacing to try to shake off the relentless raindrops.

It was the shrieks of horror from the black women that had me chuckling. The hair! How would the variety of weaves, wigs and chemically straightened styles survive the downpour?

The possible repercussions of what the endless sheets of rain would have on one’s “hair” had completely escaped me as I had decided to hang up my wig two weeks earlier. It was only at that moment as I saw my poor sisters scampering for cover, desperately trying to shield their mighty expensive locks from the destructive effects of the rain, that it dawned on me what a liberating step I’d taken by putting my fake coif out to pasture. I laughed until the tears from my eyes became mingled with the rain drops, which poured down my face from my teenie-weenie Afro, as African Americans would call my latest hairdo.

The decision to retire my wig wasn’t prompted by ideology; neither was I influenced by the ebb and flow of the neverending debate on the politics of black hair; that is: does wearing fake hair mean you have sold out and are aspiring to be white, et cetera. I don’t buy that nonsense because I’m of the firm view that we have rights and choices and we should be allowed to look whichever way we want. Besides how can your ideological standpoint be determined by your hairstyle? It wasn’t, I confess, even influenced by the groundswell of economic data, which shows that blacks don’t even benefit from the lucrative multi-million-dollar black hair industry.

Personally, I’d always been a fan of natural hair and have kept my hair in either an Afro or dreadlocks for most of my life. As a child my father forbade the use of chemical relaxers and by the time I was old enough to make such decisions for myself, I was a feisty, idealistic 16-year-old Africanist who was screaming black power after reading Steve Biko’s I Write What I Like.

So I kept my hair natural until my career in television began a decade ago. It was then that the unspoken pressure set in. All my colleagues had long, sleek, straight hair extensions and there was an expectation spoken in not-so-veiled terms that I had to conform. So conform I did. I was young and impressionable. I did what I was told and did what was expected of me — even if it made me uncomfortable or feel like an imposter. One had to look a certain way to be viewed as palatable and professional to the oh-so-ubiquitous viewer.

I’ve already written in this column about the pain and expense one has to endure to maintain the braids, plaits, weaves and, most recently, wigs. The wig had become my latest tool of trickery. What I liked about it was that once off camera I could just yank it off and wear my Afro in my own space and time. This double life, however, had begun to take its toll.

While doing a live report from the parliamentary precinct after Pravin Gordhan’s Budget speech, a strong southeasterly gusted my way and almost blew away my wig while I was on air. I stifled laughter because I couldn’t help wondering what would happen should my “hair” decide to go for a run down Government Avenue in mid-report about budget deficits. Would President Jacob Zuma and his deputy, Kgalema Motlanthe, who were walking past me at that very moment, be gallant enough to give chase and help me retrieve my wig while I clung to my microphone for dear life?

So the next day I decided to give up the jig and go natural. I’ve never felt so liberated. Curiously, I’ve never had so many compliments in my television career. Most of these are from men who are positively fawning over my Afro. This reminded me of a radio talk show discussion my good friend Siki Mgabadeli had on her programme a few weeks ago about the ever-contentious subject of black women’s hair. A whopping 99% of the callers were men and all of them, without exception, waxed lyrical about how much they detested the weaves, wigs, et cetera. They accused women who sport these of letting down the side, poor hygiene, et cetera. I couldn’t help thinking how chauvinist and prescriptive that view is. Although I love my Afro and I’m flattered by the numerous compliments, I wouldn’t dare prescribe to anyone how they should wear their hair. Why can’t we just respect the choices that women make about their looks, be it a chiskop or a miniskirt?