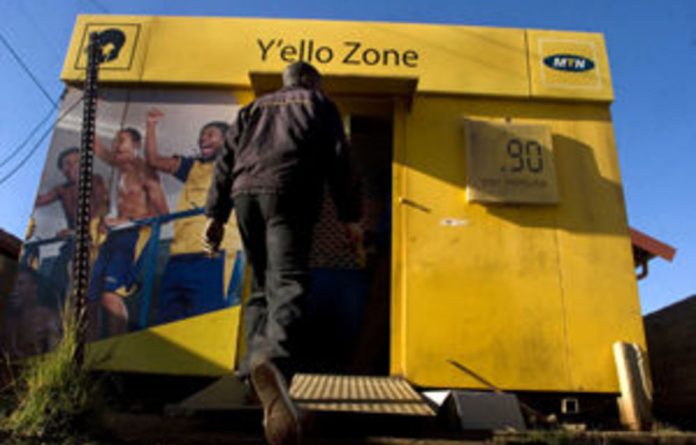 Just when you thought that all the big deals were done comes the news that MTN is still going to do another BEE deal and it will be big, though not as big in percentage terms as was originally mooted.

It will also not be as big as the original deal that saw MTN the only black-controlled company in the Top 40 of the JSE for many years.

Chief executive Phuthuma Nhleko was quoted saying that the company envisages transferring a smaller percentage than the 5% to 6% that was envisaged at the end of 2008. This was because MTN’s share price had grown from R186-billion to R220-billion and therefore the absolute amount involved will be so much larger.

Even a 4% stake in MTN would be worth around R9-billion. Indeed, the experience of the earlier MTN BEE deal showed that it is better to have a smaller stake in a really big, profitable company than a big stake in a small, struggling company.

The original BEE shareholders in MTN had a notional stake of around 35%. This eventually shrunk to 13% before the deal was unwound. But that smaller stake was real and substantial.

BEE policy, as outlined in the Codes of Good Practice, intends that every company that can be considered large — depending on turnover and sector — should have a BEE stake.

The target is 25% plus one share. The implication is that every substantial company should have direct ownership by black people of 25% plus, even dud companies, and this is bizarre.

I am beginning to think that the target for ownership of the country’s economy should be much broader than company shares and it should be at the national level. The reason MTN would want to do a BEE deal is that the landmark Newshelf BEE deal has been wound up.

There is no longer an identifiable empowerment stake of any size in MTN. The way the BEE deal was unwound was complex, but what happened was equivalent to beneficiaries receiving their shares and then selling them. This is only natural.

If shares are to have any value they must be freely tradeable. Of course, if the sale of your shares have conditions attached, such as who you have to sell them to, they are worth less — and in some cases worthless.

The problem for the target company, in this case MTN, is that it did a BEE deal and for some years was a BEE company because of that deal and now it has to do a new deal.

Wouldn’t it have been simpler if the BEE beneficiaries, upon receiving their shares, could sell what they wanted to sell to another black person or group rather than into the open market?

The National Empowerment Fund was at one point seen also as a place to warehouse shares from empowerment shareholders, but the NEF is to be cut loose from government funding, so who knows what its future is.

A bit of good news for BEE beneficiaries and the companies in which they hold an interest is that the JSE is looking at establishing a subsidiary exchange to trade BEE shares.

It remains to be seen whether there will be sufficient liquidity for this to work. But what the proposed exchange, and even the empowerment legislation, flaky though it is in places, does show is the sophistication of our markets, and of government policy, in handling issues of BEE.

The Nationalisation and Indigenisation Act requires 51% of companies to be transferred to black Zimbabweans. But nationalisation means state ownership, not private indigenous ownership.

In South Africa BEE was part of the deal for the state ditching nationalisation. If the state is going to take ownership of major chunks of the economy, there is no real need for BEE or indigenisation.

The youth league document says that privatisation is the opposite of nationalisation. And it calls for the state to own up to 60% of new mining ventures and speaks of 51% ownership elsewhere, while not ruling out 100% ownership.

The problem with 51% ownership is that it is unethical to buy a majority stake in a company without offering to buy out the remaining 49%.

This is recognised in company law in South Africa, where a buyer who gains above a certain percentage of a company’s shares is obliged to make an offer at the same price to the remaining shareholders.

Few owners who suddenly find themselves holding a minority stake in the company they thought they owned outright will want to stick around.

I haven’t seen the Zimbabwean legislation, so I am going on secondhand reports, but the ANCYL document is scarily confused, ignorant of how markets and companies work — as well as illiterate in places.

In South Africa nationalisation is a non-starter because it will mean all kinds of immediate — not long-term — adverse financial consequences for the state.

When the overseas markets got a whiff of a forced sale of 50% plus of mines in 2002 with the publication of a draft of the Mining Charter, the plunge in mining shares so scared the government and the industry that they went on a road show together overseas to repair the damage.

Nationalisation means almost inevitably that privatisation is the last recourse when everything goes bad, because companies that should be seeking profits are used to soak up labour and dole out patronage, and the state is leaned on to bail out those now-loss-making entities.

And it is in the privatisation that an error of judgment can easily be converted into a crime as state assets are stolen by a few with money and state connections.

The Russian oligarchs have botched privatisations to thank for their billions. That’s a version of empowerment we already see on a small scale with crooked BEE tenders and enrichment and we don’t need any more of it.