Change we can believe in 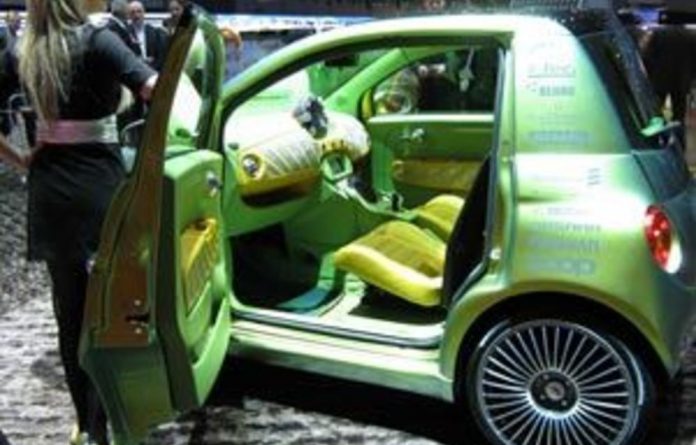 Only Deepak Chopra could get away with this sort of insult.

On a spiritual lecture DVD Chopra — that omniscient transcendental resource — explained how an anthropologist friend told him that if all insects were wiped off the planet, life on Earth would come to a standstill in five years, but if people were expunged, the planet would flourish in five years.

In essence his point was that we are what’s wrong with this planet and the best description he gave, which was also the most offensive, was that if you looked at Earth from outer space, you would see a perfect blue and green organism, but upon closer inspection you would find a metastatic cancer (people) spreading slowly and destructively across what is an otherwise healthy life form.

Once I got over his posturing from on high I realised that he was, of course, completely correct.The solution was clear to me: get rid of the cancerous cells.

Obviously, my cut-and-not-so-dried solution has its shortfalls — the end of humankind as we know it being the most glaring one — so we’re forced to pursue less apocalyptic fixes.

Whatever your feelings are about climate change, the two unassailable facts are that the planet doesn’t have as much crude oil as oil barons have led us to believe, and we’re running out of fossil fuels faster than a sleazy strip-club owner can go from zero to behind bars in his Pagani Zonda supercar.

Hence the worldwide push for alternative fuel vehicles, among other initiatives, and it’s been a long time coming.

I naively think one of the most logical solutions is for governments to impose restrictions on childbirth as the planet wouldn’t be on its deathbed if there were fewer cancer cells running around. However, given that I live in a country where no one can tell us how many children our president has spawned, my logic may be likened to a slice of Swiss cheese.

In a few months Cape Town-based Optimal Energy will unleash a fleet of its electric family car — the Joule — around South Africa, to gather information about what average Saffas think about it, and, given that we’re a largely petrolhead nation, I think Optimal Energy is in for a tough time.

The gathering of data before a vehicle is finalised for production is known as a “clinic” and Optimal Energy chief executive officer Kobus Meiring is looking forward to the upcoming tests.

“While a very small percentage of Joules is going to be sold in South Africa, we still need feedback from the general public,” said Meiring at the Geneva International Motor Show recently.

Meiring has no illusions about the uphill battle a South African start-up faces in what is now a fiercely contested arena.

“We’re not saying we expect everyone to choose us over more established brands. All we want is a small piece of the global EV pie.

“By 2020 it’s estimated that the demand for EVs will outstrip supply and that’s why smaller companies such as ours have an opportunity to capture a small percentage of the market moving towards green cars.”

When the Joule was launched at the Paris Motor Show in 2008, low-volume production was scheduled to start at the end of 2010, but the deadline has been shifted several times. However, Meiring said he would soon announce the location of the manufacturing plant, which will probably be at the Coega port in Port Elizabeth.

As old manufacturing sites pose ecological risks, it was decided to create a greenfield plant to produce 50 000 units a year — up to 80% of which would be for export. This number of units also means that Optimal Energy, which is laregly funded by the government, will qualify for assistance under the new Automotive Production and Development Programme.

After a seven-hour charge using a regular 220V wall socket, the Joule will be good for about 300km. Safety is taken care of according to European standards so you can expect six airbags, ABS brakes, stability control and much more.

Given that there are fewer moving parts in an EV compared to an internal combustion engine, wear and tear will be significantly less than car owners are accustomed to, and service intervals are likely to be every 40 000km.

It’s estimated that by 2013 the Joule will cost about R350 000, including the lease price of the lithium-ion battery pack. Its motor generates up to 75kW of power and 280Nm of torque, and has a top speed of 135kph.

The most important fact about the Joule is not that South Africans, who have been building award-winning cars for foreign manufacturers for decades, will finally have an original equipment manufacturer to brag about, it’s the possibility of up to 10 000 jobs being created at a time when the government is falling abysmally short on its job creation promises.

In all honesty, I wasn’t entirely sure, given the constant production delays, whether the Joule would ever see the light of day, but after witnessing how enthusiastic Europeans were about it and after spending time with the passionate Optimal Energy team, including Meiring, who happily squeezes his 6-foot 4-inch frame into a cattle-class seat so as not to waste taxpayers’ money on business class tickets, I think it would be safe to give in to that mawkish cliché and admit that this could very well turn out to be the prized Joule in South Africa’s industrial crown.