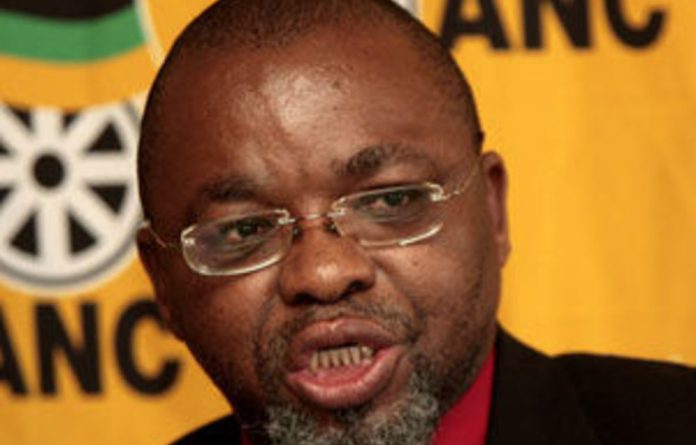 The African National Congress (ANC) is showing a “dangerous disregard” for the courts by criticising a high court ruling on the “shoot the boer” song, the Independent Democrats (ID) said on Wednesday.

ID secretary general Haniff Hoosen said he deeply regretted the ANC’s decision to continue with its appeal against a ruling of the South Gauteng High Court in Johannesburg on Friday that the use of the words “dubul’ ibhunu” in the song Ayesaba Amagwala was unconstitutional and unlawful.

“Our nation does not need leaders that get involved in these petty squabbles; it needs leaders that rise above them and reach out to all sectors of our society.

“It was a vain hope on my part that Mantashe would honour the role played by Nelson Mandela in bringing about unity and reconciliation for our nation,” Hoosen said.

‘Incompetent’
On Tuesday, the ANC said the high court judgment banning the use of the words “shoot the boer” was “incompetent” and “unimplementable”.

“There is no correlation between the singing of the song and any attacks on farmers … no one has in fact produced such correlation, including in that South Gauteng High Court.

“That’s why our view is that that judgement is incompetent, that’s why the appeal,” ANC spokesperson Jackson Mthembu told media following a meeting of party officials on Monday.

Mantashe described the ruling as “unimplementable” — and added that the arguments in the case were “very superficial”.

The parties to the court bid “decided to collude to abuse our system of criminal justice”.

The ANC will appeal the judgment to get a more correct constitutional interpretation of the struggle songs it deems form a big part of the country’s history.

The South Gauteng High Court in Johannesburg on Friday ruled that the use of the words “dubul’ ibhunu” in the song Ayesaba Amagwala was unconstitutional and unlawful. — Sapa

In the book, The Indian Africans, academic Kiru Naidoo explores the society of colonial Natal in the late 1800s to early 1900
Read more
Politics

So says public protector Busisiwe Mkwhebane’s lawyer, who said she had reason to suspect the money was being laundered through the campaign
Read more
Opinion

South Africa is disproportionately targeted by cybercriminals. Digital attacks call for digital solutions and technology is a the prime weapon in this fight
Read more
Advertising