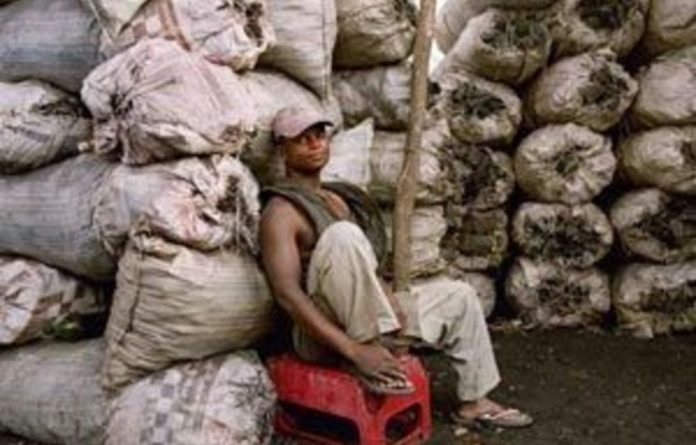 Artist Zwelethu Mthethwa’s long-awaited monograph will be launched this month. Simply titled Zwelethu Mthethwa, and published by the Aperture Foundation in New York, it provides an overview of Mthethwa’s photographic work to date and features the portraits that have brought him international acclaim.

In his essay, titled Photography after the End of Documentary Realism, Okwui Enwezor of the San Francisco Art Institute concludes that Mthethwa “challenges conventional ideas of the black subject as a ground-down, disposessed, disempowered and abject figure in need of social sympathy.

“His grand images present the emancipatory possibility of colour; its ability to infuse life into beleagured communities and to speak persuasively of the dignity of the subjects in the face of their entrapment.”

Why the decision to move from painting into photography in 1996 and what were your reasons for avoiding the black-and-white medium?
Well, I’ve never really moved from painting to photography. Photography has always been part of my life. When I was a kid — I think I was around six years old — I went to movies every Saturday. I think that’s where everything started. So I am very much influenced by cinema, by photography and growing up. The first books I think I read were comic books. Comic books are like still photographs. When I was a teenager — maybe when I was around 13 — I got my first camera and I started taking photographs. I drew as well as a young kid, so I have always traded between photography and drawing and painting.

How do you reconcile framing black South Africans as dignified and defiant, even under the duress of social and economic hardship, which beautifies poverty?
There is a very thin line when I photograph black people who are poor and I make them public, or I show them in exhibitions, because I’m treading in very shallow waters here. It is so easy to make poverty beautiful. It is so easy to idealise things. But if you look at the history of how black people have been photographed, or how black people have been placed in our history, it’s a very interesting journey.
One must go back to the time when you had to have an identity document, which used to be called a “dompas”. If you look at those photographs, which were black and white but were highly underexposed, they used strong flash bulbs that deleted all the details that we have on our faces. You were just left with the nose, the eyes and the mouth. And most of the eyes would be shut because of the strong light.
So, those pictures were ethnographic in a sense because it was just a record that they used to say that you are in this zone; you have a permit. This was your passport to the city. And that was the basis of photography for black people.
If you look at my photographs, they are in colour. The resemblance is very close to what people look like. Now go back to the early 1980s or 1990s — the height of documentary photography in South Africa — and you had photographers who went into different communities, different neighbourhoods, and they took photographs that were black and white. But they didn’t spend a lot of time with the people they were photographing.
Now when you take a photograph in colour you tend to notice the colour of the shirt, or the blouse, you tend to notice the colour of the room, what is on the walls. You are not just looking at poverty, per se, poverty is not right in your eye. You’re looking at the textures. And colour has a history of emotions. In different cultures colour has got meaning.

Basically you deal with key issues: the crisis of dwelling and habitation, and the production of sovereignty, land and labour. Let’s talk about your interiors.
The photographs are a celebration of people who are living. It’s a celebration of life. They are not just used as mere documents for propaganda — it’s in their homes, they live there. They are as real as any other people in this world. They have a choice in the way that they have been photographed. It’s a celebration — they are living, they are human beings. What I choose to show is that people living in these not-very-good-looking conditions have the energy to turn that around and make their homes aesthetically pleasing. Because they make their homes with very little money and their homes are very warm.

Let’s talk about your landscape images, such as the sugarcane series, and the way you have portrayed the dynamic between the subject and the landscape. You have placed subjects to show both their autonomy and their entrapment (or even enslavement) by the land and the labour they perform.
The photographs focusing on sugar-cane cutters refer back to a very old history where man is battling with the field. You know, we try to conquer the Earth, and we exploit and abuse the Earth, but eventually we fail. The Earth will always conquer. And there has always been an interest in and balance between man and land.