No blank cheque for journos 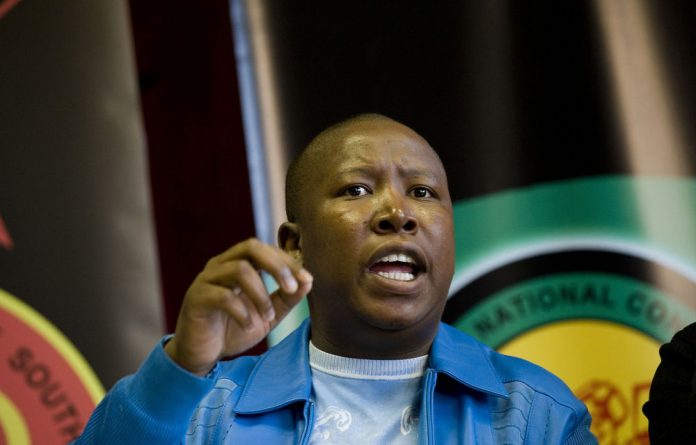 Last week a relaxed and confident Julius Malema bragged about how a journalist had come to him with information about a colleague who was not paying maintenance.

He mentioned that he had the court documents but did not know what to do with them because journalists were refusing to publish stories about one another.

But he appeared less concerned about the refusal to publish than gleeful that the solidarity of the media was crumbling and that journalists were now terrified of him.

The Mail & Guardian found him writing an opinion piece for publication on why he is right that the Pan Africanist Congress (PAC) hijacked the 1960 anti-pass mass campaign. As President Jacob Zuma would say, at least he was prepared to debate his viewpoint.

It may have been false bravado and lies, but I really do not know. Yet the possibility that reporters could be bowing before Malema at night and dissociating themselves from others disturbed me, especially because this emerged in the same week that, listening to radio debates, I picked up some hostility towards our profession.

I was particularly surprised when some Metro FM listeners sided with ANC Youth League spokesperson Floyd Shivambu even after journalists caught him out lying in personal comments he had made about them. Some listeners made half-valid points, asking why journalists wanted to shield one another when they spent most of their time prying into other people’s lives.

But others made silly comments, saying the journalists should have gone to the police if they felt intimidated by Shivambu. This is silly because if Shivambu approaches me with information (true or false) on a colleague, and says that if I don’t publish it he will expose me next, it is not a matter for the police.

Rather, it is political intimidation meant to silence me and all those who might think of writing stories the youth league considers hostile. Which brings me to my next point — that no journalists should be hostile to the league, or to Peter de Villiers, or the Democratic Alliance, or Zuma, or even the PAC.

Journalists have no business taking a stance against the subjects they cover. Our work is to be the eyes and ears of the public. Tomorrow there should be no compunction about covering the good work done in communication by Minister Siphiwe Nyanda even if he is today not covering himself in glory by wasting public funds staying in the most expensive five-star hotels and acquiring the flashiest car.

I also think we should not entertain those who ask “why are you giving this boy a platform” when we cover Malema’s endless provocative comments. Decisions on coverage of events should not depend on our whims and prejudices.

We should play our cards openly and fairly so that those who try to mobilise the rest of society against the media in a desperate attempt to cover their personal shenanigans have no room to manoeuvre. Already I have picked up that one national minister, who feels he is the target of continual negative coverage, and one woman premier, have privately voiced support for Shivambu’s dirty-tricks campaign.

My point is that the next time Shivambu alleges that Rapule Tabane got paid to write a story, we should ask him to produce the evidence and not just condemn him.

I think the onus is now falling on journalists not to ask for a blank cheque of trust. Let’s show that we are not above scrutiny and do not ask for special treatment. Indeed, to quote Malema, “corruption everywhere must be exposed, including among journalists if it exists”.

But it seems in Shivambu’s case the intention is not to expose corruption but to use the threat of exposure to bring reporters into line. It is an exercise also decried by Shivambu’s senior in the SACP, general secretary Blade Nzimande, who this week said spying on journalists was “a dangerous activity that has the potential to take us back to a period where state institutions were being abused to pursue narrow political agendas”.

Our lead story this week — involving our laying a trap for a business executive who paid us money in exchange for our agreement not to publish a story on his company — shows that there are individuals in our society who believe that we are on the take. Those who are on the take should be rooted out and dealt with harshly.