Massacre in woods that brought war to Moscow’s metro 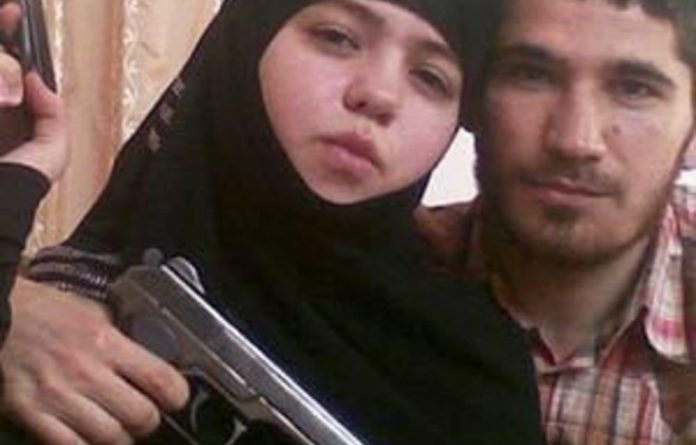 When the shooting started Adlan Mutsaev and his friends were in the woods picking garlic. They had arrived in the forest earlier that day, together with a group of neighbours travelling in a battered coach. The plan had been straightforward: stuff their sacks, enjoy the countryside, and then head back home to the Chechen town of Achkoi-Martan.

Without warning, Russian commandos hiding behind a hillock opened fire.Adlan (16) was with his brother Arbi (19) and their friends Shamil Kataev, (19) and Movsar Tataev (19). Shamil and Movsar were both wounded. Adlan was shot in the leg, but managed to hobble into a ditch. He hid. Arbi also attempted to flee, but men in camouflage fatigues caught up with him.

Begging for his life
According to the human rights group Memorial, Arbi was forced to drag his two wounded and bleeding friends across the snow. Shamil begged for his life. But the solders were impervious. They placed a blindfold over Arbi’s eyes. And then they opened fire: executing Shamil and Movsar on the spot. At least two other garlic pickers suffered the same fate: Ramzan Susaev (40) and Movsar Dakaev (17). According to his relatives, Dakaev had pleaded to be allowed on the trip with the others. Wearing a bright green fleece, he took a photo of himself in the woods with his cellphone. It shows him proudly posing against a craggy backdrop of cliffs and trees covered in snow. A little over 48 hours later his body was discovered.

The misfortune of the four garlic pickers was to have unwittingly strayed into a “counter-insurgency operation” conducted by Russian forces in the densely wooded border between Chechnya and Ingushetia. The soldiers, apparently looking for militant rebels who are waging their own violent campaign against the Russian state, came across the unarmed group, brutally killing them amid the picturesque massif of low hills.

Revenge
Normally this atrocity on a cold day in February would have raised barely a ripple of attention had it not been for the terrible events in Moscow this week. In a video address on Thursday, Chechnya’s chief insurgent leader, Doku Umarov, said Monday’s suicide attacks on the Russian capital’s metro were in revenge for the killings of the garlic pickers near the Ingush village of Arshaty. He claimed federal security service (FSB) commandos had used knives to mutilate their bodies of the dead boys.

Forty people died and more than 70 were injured when two suicide attackers from the North Caucasus set off their devices at stations outside the headquarters of the FSB and Park Kultury.

Russia’s counter-terrorism committee on Friday named the Park Kultury bomber as Dzhanet Abdurakhmanova, saying she was also known as Dzhanet Abdullayeva. Born in 1992, she came from Dagestan. The Kommersant newspaper published a photo of her dressed in a black Muslim headscarf holding a pistol. It named the second bomber as 20-year-old Markha Ustarkhanova from Chechnya, describing her as the widow of a militant leader killed last October.

Linked or not, human rights groups say it is undeniable that the brutal actions of Russia’s security forces have fuelled the insurgency raging across the North Caucasus region of Russia and the ethnic republics of Dagestan, Ingushetia, Chechnya and Kabardino-Balkaria. This largely invisible war has now reached the Kremlin’s doorstep.

“People are abducted. People are killed. There are no guarantees of security,” Magomed Mutsolgov, a human rights activist, told the Guardian yesterday, speaking from Nazran, Ingushetia’s chief town. Law enforcement and security agencies have committed dozens of summary and arbitrary detentions, acts of torture and cruel, inhuman or degrading treatment, as well as extra-judicial executions, rights groups say.

‘Sweep operation’
Typically, armed personnel wearing masks encircle a village or district in a “sweep operation”. They force their way into homes, beat residents and damage property. Suspected militants are taken away. Many never return. Others are simply shot, and fake weapons planted on them, rights groups allege, citing interviews with victims and relatives.

According to Mutsolgov, the Kremlin’s counterterrorism methods have proved entirely counter-productive: “Violence produces more violence. It drives people to the militant underground.”

The nature of the armed conflict in the North Caucasus has also mutated. From 1994 to 1996 Boris Yeltsin fought a war against mainly secular Chechen separatists who wanted — like the newly independent Georgians over the mountains — their own Constitution and state. In 1999-2004 president Vladimir Putin fought a second Chechen war. The aim was to crush Chechen separatism.

Suicide squads
Now, however, the Kremlin is battling another kind of enemy. The new generation of insurgents have an explicitly Islamist goal: to create a radical pan-Caucasian emirate with sharia law, a bit like Afghanistan under the Taliban. In February Umarov vowed to “liberate” not only the North Caucasus and Krasnodar Krai but Astrakhan — on the Caspian Sea — and the Volga region as well.

The rebels’ tactics have also grown more fanatical. Umarov has seemingly revived the suicide squads used by his assassinated predecessor Shamil Basaev. Last summer a suicide truck bomber blew up Nazran’s police station. Another bomber succeeded in ramming the car of Ingushetia’s president, Yunus-Bek Yevkurov. Monday’s attack in Moscow was the first in the capital for six years.

Increasingly, the rebels are also exploiting a new weapon: the web. On March 2 special forces launched a massive operation in Ekashevo, a suburb on the outskirts of Nazran. There they killed Said Buryatsky, a Siberian-born convert whose jihadist messages on YouTube had attracted a following among disaffected Muslims. Under fire from Russian artillery, Buryatksy recorded a final message for his global disciples.

On Saturday Russian forces had sealed off Ekashevo. But video footage obtained by Memorial shows a picture of devastation: pulverised houses, wrecked cars and alleyways strewn with bricks. After the battle Russian forces displayed a haul of weapons seized from the rebels — together with a blown-off human hand.

Human rights groups are critical of both sides. They accuse the rebels and government of failing to respect human life. Timur Akiev, the head of Memorial’s Nazran office, said: “The government’s methods have led to a radicalisation of the underground. The rebels now have only one goal: to beat Russia at any price. The rebels and the security forces behave in the same way towards each other. The civilian population is caught in the middle.”

Like its imperial tsarist predecessors, who subdued the Caucasus in a sustained and savage campaign of tree-felling and village-burning, today’s Russian leadership has little understanding of the region or its habits, Akiev suggested.

He also condemned Monday’s bombings. “I don’t understand how you can kill Russian civilians in revenge for the killing of Chechen civilians. It’s absurd. The people who died in the metro had nothing to do with the conflict.”

‘Scraped from the sewers’
The Kremlin’s response to the metro bombings has been, predictably, vengeful. Vladimir Putin has called for those responsible to be “scraped from the sewers”. Dmitry Medvedev, the president, visited Kizlyar on Thursday, a day after twin suicide bombers killed 12 people and injured 28 others.

Security forces should “get more cruel”, he recommended. “Quite a lot has been achieved in fighting terrorism lately,” Medvedev said. “We have twisted the heads off the most odious bandits. But that, by all accounts, is not enough. We will track them down and punish all of them. We must deal sharp dagger blows to the terrorists, and destroy them and their lairs.”

Before Monday’s Moscow bombings, Medvedev had taken a few tentatively creative steps in the region, including appointing a new federal envoy. But the key problems remain. There are numerous socioeconomic factors driving the insurgency: poverty, unemployment (running unofficially at around 75% in Ingushetia), police brutality, and corruption.

Back in Achkoi-Martan, it took relatives two days to discover what had happened to their loved ones. After hiding for 48 hours in a hole, fed by a spring, Adlan Mutaev crawled out of the forest. Local people discovered him alive on the edge of the wood. His brother Arbi was released by Russian commandos after two days. Human rights workers from Memorial arrived on 14 February, interviewing dozens of witnesses and taking photographs of corpses heaped up in the snow.

Those of Shamil Kataev revealed that he had been shot in the temple from close range. Someone had stolen his cellphone and passport, as well as a letter from the head of Achkoi-Martin, granting the garlic pickers permission to be in the area. The body of Movsar Tataev was covered in gunshot wounds. In addition there were knife wounds to his spine and groin. Ramzan Susaev had been shot in the chest. His brother eventually found his body lying in the forest.

Unusually, Ingushetia’s president Yevkurov quickly acknowledged that several innocent civilians had been killed in February’s special operation. He added, however, that security forces had succeeded in killing 18 rebels, and said that the operation had served to increase the stability of the region. Both Chechnya and Ingushetia’s rulers have paid the families of the dead teenage boys compensation. – guardian.co.uk