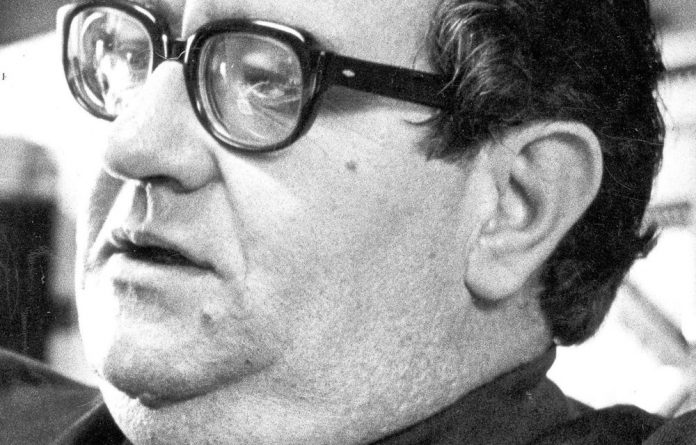 The Catholic bishop who made the call on whether sexual abuse complaints against the Catholic Church in Johannesburg should be investigated was himself accused of being a paedophile.

The late Bishop Reginald Orsmond, Bishop of Johannesburg from 1984 till his death in 2002, had the power to decide which complaints warranted investigation and the authority to issue decrees on them.

Although allegations against Orsmond were made public only in 2007, Mario D’Offizi claims in his book, Bless Me Father, that the church was aware of his suspected abuses as early as the 1970s.

D’Offizi’s book details his alleged abuse at Orsmond’s hands as an inmate of Boys’ Town in Magaliesberg in the 1960s. Between the ages of 13 and 16 , he wrote, Orsmond made him drunk and then asked him to “toss him off” and “ravished me at will”.

In 2008 D’Offizi, with several other men, received letters of regret from Archbishop Buti Thlagale, of the Archdiocese of Johannesburg. “I have studied the report of the investigation carefully and it is my opinion and that of the Professional Conduct Committee that your allegations are indeed credible,” wrote Thlagale. “Unfortunately, as Bishop Orsmond is deceased, it is not possible to hear his response to these allegations or his account of the circumstances that may have been ­associated with them.”

The church has offered D’Offizi financial compensation for past and future treatment necessitated by his ordeal.

Father Chris Townsend, spokesperson for the South African Catholic Bishops’ Conference, said that no suspicions had been raised or complaints laid against Orsmond before 1996, when he would have had powers to appoint a chairperson to the provincial committee and had the authority to decree investigations.

However, in email correspondence between Townsend and D’Offizi’s publisher, Andrew Miller, Townsend says: “Some of the allegations were part of a court case in the ’70s that was thrown out of court.”

Thlagale lashed out this week at abusive priests, calling them “wolves in sheep’s clothing”. However, critics and victims believe there is much room for improvement in the church’s complaints probe.

Several complainants have raised concerns that the investigations process lacks independence. “The problem is that they are investigating themselves,” said M&G journalist John McCann, who was sexually abused by a Catholic cleric as a child.

“They are in charge of the procedure. But they claim that by placing people in charge who are not Catholic, the process is impartial … I would prefer to report this to a completely independent body, not affiliated to the church.”

Undermining the impartiality of the process for McCann was the fact that the psychologist on the committee who investigated his complaint, Joan Schon, was a director of the Reginald Orsmond Counselling Services, launched by Orsmond in 1984.

Schon was also involved in the investigation of D’Offizi’s compliant against Orsmond.

“It’s impartial,” insisted Townsend last week, “independence implies that it was done outside the church structures.”

Complaints were laid with a contact person at his or her diocese, who then interviewed him or her and submitted an assessment to the Metropolitan Protocol Committee.

The committee then informed the bishop of the area, who decreed a formal investigation. The professional conduct committee, comprising the bishop’s delegate, or chairperson, social workers, psychologists, contact people and civil and canon law experts conducted the probe.

Townsend said if the church believes there is a case to answer, a report is sent to the Vatican, which decides whether to defrock the transgressor. “In most cases the men [respondents] just walk out,” he said.

Although complainants have the option of taking their complaint to court, Townsend said this is rarely done and most cases are dealt with by the church. He mentioned two cases that have gone to court, one of which is currently under way in Gauteng.

This was an apparent reference to the Randburg Catholic priest, German national Georg Kerkhoff, who has pleaded guilty in a Brits court to five child abuse charges.

The case has made headlines in Germany and Ireland, where media reports claim the church ignored complaints after Kerkhoff invited boys to share his sauna in the diocese of Aachen in Germany.

Children and their families are not always willing to go through the harrowing legal procedure, Van Niekerk said. “When the church conducts its own investigation it often tries to silence the child.”

Townsend insisted that the church does not cover up cases, calling this “abhorrent”.

But in a tribute on the website of the Catholic Archdiocese of Johannesburg, Orsmond continues to be praised for his “extraordinary rapport with the boys [of Boy’s Town] — that led to the great establishment that we know today.”

amaBhungane are the investigators of the M&G Centre for Investigative Journalism, a non-profit initiative to enhance capacity for investigative journalism in the public interest. The centre is funded by M&G Media Ltd and the Open Society Foundation for South Africa. www.amabhungane.mg.co.za

The other two committee members were more polite and one later told me that they both thought I had been abused. Even so, the general treatment meted out was high-handed though did improve after I wrote about it in the Mail & Guardian in April 2009. As part of the improved communications monthly progress reports are sent to me, but the last one betrayed a crude intention by the church to wriggle out of responsibility. Although I’ve been notified that the complaints process will be concluded shortly, I doubt that the church will admit to anything it can avoid and do not have high expectations of the result.

In retrospect my advice to potential complainants is not to go near the church without your own lawyer. The church has an array of lawyers at its disposal and one can’t avoid raising questions about the independence and impartiality of internally commissioned investigations or committees. —John McCann

The arrest of two of Bangladesh's foremost human rights activists has brought to light the country's severe crackdown on journalists and NGOs.
Read more
National

The Cape Town government may shut down a facility that gives hope to boys whom society has shunned. Ilham Rawoot reports.
Read more
National

The correctional services department owes about R1.3-billion in damages to prisoners and former inmates for bodily injury and rape while in prison.
Read more
National

South Africa's arms exports show that human rights are not a priority when the government takes decisions on trade policy, according to arms experts.
Read more
Advertising
Continue to the category
Coronavirus