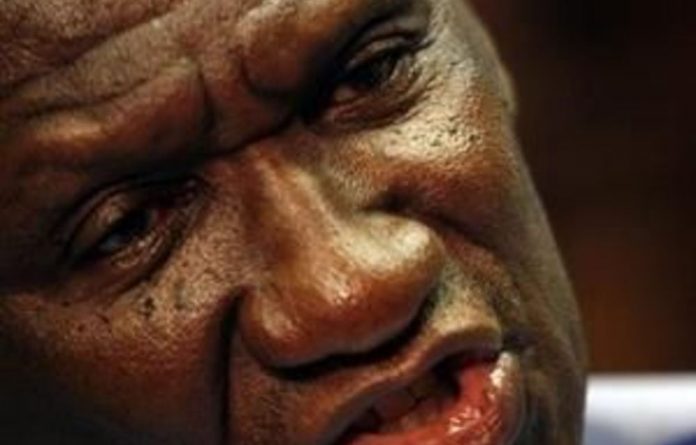 Police National Commissioner Bheki Cele on Friday urged South Africans to be colour-blind as they come to terms with crime in the country.

Terre’Blanche’s white supporters fear that his death is proof that white people are being targeted for murder, and reject initial reports that his death was related to a pay dispute.

But Cele said the police “don’t look at whether people are black or white”.

“We are working hard to reduce crime. Any killing is a senseless killing in South Africa,” he said, after a brief meeting with AWB delegates in Ventersdorp.

The police had worked hard to reduce crime statistics over the past seven years.

“Indeed, we come from a bad history, but we are working on it,” he said.

In response to a call by AWB secretary general Andre Visagie that visiting soccer teams and spectators bring their own security for the 2010 World Cup, Cele said “everybody” had confidence in South Africa’s safety plan for the matches.

“Everybody, without fail, has given the thumbs-up to the South African [safety] plan. For 2010, we will make sure that crime does not come close to South Africa.”

When asked about reports of farmers arming themselves for protection, Cele said: “South Africans are allowed to own firearms, but what they do with them is a different story.

“Nobody is allowed to commit a crime in South Africa, but the laws of South Africa allow you to have guns and there are procedures to own them.”

He said last year alone 18 000 people were killed in the country, but did not have a breakdown on how many were black and how many were white.

Earlier, mourners and AWB supporters spoke of how they felt they had been targeted by black people for murder over the past 10 years.

Tense, but not aggressive
Earlier, Afrikaans community members of Ventersdorp gathered at the entrance of the Afrikaans Protestant Church for Terre’Blanche’s voiced their concerns to the media.

One young man said: “We are simple people here, but we are not scared — if they want a war, we’ll give them a war.”

Others were more moderate, insisting that were not racist, but only concerned for the protection of “their people”.

The mood was tense, but not aggressive.

The ideological aims of the criminal justice system in dysfunctional societies, like South Africa, is to indirectly legitimise the inequitable economic system
Read more
Environment

Telemedicine in Africa is currently limited by the availability of basic infrastructure, but, considering the lack of doctors in rural areas, it is a vital component in addressing the continent’s healthcare needs
Read more
Advertising
Continue to the category
Coronavirus