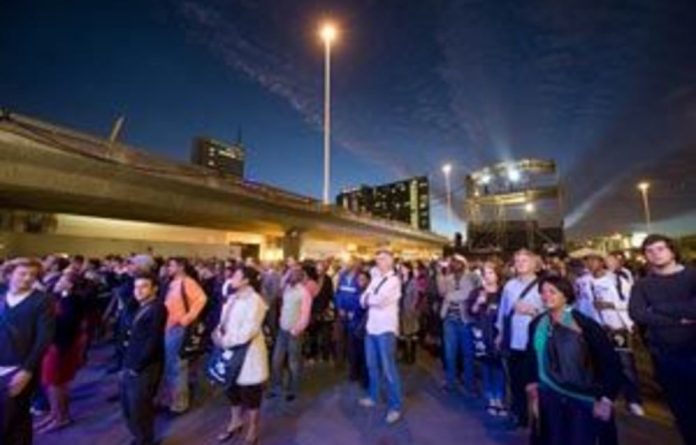 “When I wrote that song,” says Hartman of his composition, The Awakening Suite, “I heard Robbie’s horn in my head.”

Things are different this time around. Out of Hartman’s imagination, the changes are way trickier than the average popular anthem. And Jansen’s in a chair, wired to the oxygen that, these days, is his lifeline. But the soaring, yearning chords, the deliberately wicked acid notes and the saxophonist’s final indignant reed splutter are richer — if more measured and thoughtful — than ever.

Nobody recorded Hartman’s gig at the Cape Town International Jazz Festival last weekend. That was a tragedy, not only because of the quality of the playing but also because of the history in the event. “Mr Reliable”, as Hartman is known by his peers, is a jazz legend whose life has never been archived. And as the city’s musicians embark on various ways to reclaim their history, it’s obvious that there’s a gap that needs to be filled.

He started, way back, as a boy soprano. His mom bought him a piano and supported his studies at the city’s college of music. Then, in the 1960s, he toured with the Golden City Dixies. “I played with greats like Kenny Japhtha and that influenced my career in major ways as I could now cross over — from accompanying [Eoan Group operatic tenor] Joseph Gabriel to playing jazz and popular music to any audience.”

Hartman married and established a family band that could earn on the hotel circuit, working with, among others, bassist Lionel Beukes and drummer Monty Weber. They travelled, playing on cruise liners: “But always, behind the scenes, there was that frustration; that desire to play jazz. Your progress was stifled by those surroundings and by managements who did not want interesting music. You never had that freedom to do your real creative work.”

Racism intervened too. Hartman rehearsed for close to two months with drummer Anton Fig’s band, Hummock, “and then City Hall wouldn’t let me play because my permit had not come through and it was a mixed band”. Even when Hartman recorded “we would be working on a tune and then the engineers would look at the clock and say: ‘Kom, kom, it’s dinnertime. Stop now, it’s good enough.’ But it was never good enough for us …”

After that, Hartman says: “I’d never want to go into a studio again and be subjected to that. I told myself that one day, when things have changed and I’m ready, I’ll do it properly, with people who respect and understand musicians.”

The Awakening Suite is, for him, part of that process. On the festival stage, with Jansen, Ezra Ngcukana, Basil Moses and Denver Furness, Hartman presented classic Cape jazz: melodic, passionate and spiced with his own blocked chords and mercurial lightning runs. He’s not alone. In Gugulethu the festival has hooked up with the Food and Allied Workers’ Union, which is reclaiming an old Fawu hostel compound and turning it into family housing, a cultural centre and a museum where the cultural history of the community can be reclaimed and displayed. “There was an interruption after 1994,” says Fawu project director Majiedie Abrahams. “People went off on a money track for a while and we lost a lot of memories and the spirit they built.”

In another suburb bandleader Chris Hendricks toils to put back together the history of the Philadelphias, one of the city’s most historic dance bands. “Apartheid pushed the music into dives where people were drinking and doing crime. Now, because of those painful memories, people don’t want to talk about it. The ones who played and listened and danced are dying — and their children don’t know their own history.” He fingers a battered album, full of the sepia images of proud men in suits, carrying shining instruments, and yellowing newspaper clippings. “Where are our people’s historians?” he asks.