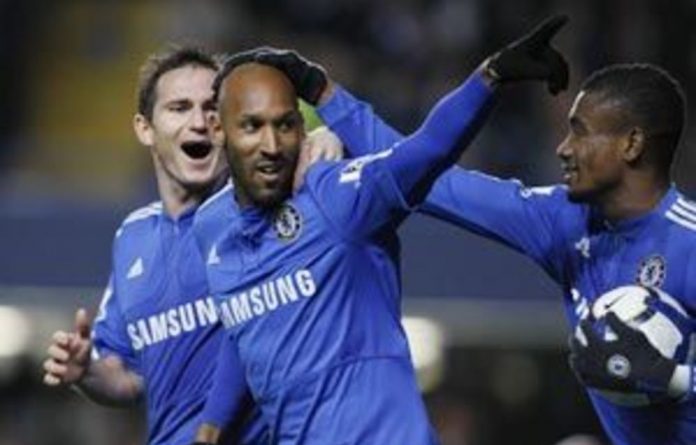 The English Premier League title race could be as good as over by Saturday night with the two main challengers both facing testing away games.

If Manchester United lose the derby away to Manchester City at lunchtime, a victory for Chelsea away to their London rivals Tottenham Hotspur would take them seven points clear with three games of the season remaining.

However, a win for Arsenal at Wigan Athletic on Sunday would bring them within three points.

After beating Bolton Wanderers 1-0 on Tuesday and then seeing Arsenal lose 2-1 at Tottenham on Wednesday, Chelsea goalkeeper Petr Cech is optimistic.

“It can be a decisive week,” he said. “It can change the position in the Premier League a lot if we manage to win our game and the others lose theirs.

“It could also go the other way and change everything for the last three games.

“But beating Bolton was a massive step forward. We can play good football and score goals but when a game isn’t going our way and we have to fight and dig deep, we can do that.”

Tottenham and City both need points as they battle for fourth place and qualification for the Champions League, only adding to the sense of Saturday as a major day in the calendar.

“It was always going to be huge at this time of the year, they are going for fourth and we are going for the championship and derby days anyway are massive,” said United midfielder Ryan Giggs, who should have recovered from a hamstring strain to be available.

“There is a bit of extra spice to this game but we have faced them three times this year and they have all been great games so hopefully that will be the case again with us coming out on top.”

United won the league meeting at Old Trafford 4-3, and they met again in the League Cup semifinal, City wining the first leg 2-1, but United won the second 3-1 to reach the final.

“It’s big for them because they’re in the title race and big for us because we’re going for fourth spot,” said City striker Roque
Santa Cruz.

“We could make a big step if we win the three points. Our fans have high expectations for this game and I’m sure every Blue fan will really love the fact that if we win, we might take them out of the race for the title.

“It’s going to be a great atmosphere and we’re looking forward to it.”

At the bottom, Burnley look to build on last week’s 4-1 win at Hull City as they travel to Sunderland, while Hull are away at Birmingham. Fourth-from-bottom West Ham United meet Liverpool on Monday. — Sapa-dpa