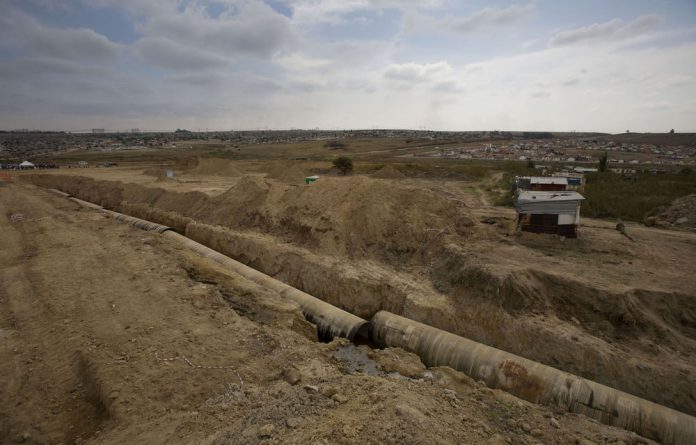 If you can’t beat them, join them, especially when you are being threatened with bankruptcy and fear for your life.

This seems to be the underlying message that has emerged from two recent Competition Tribunal hearings in the past few weeks.

The directors of smaller players in the concrete pipes and maize milling industries, while settling with the Competition Commission, claimed they were harassed and threatened by the giants in their respective industries. Cobro Concrete and Keystone Milling agreed to fines of R4-million and R6,7-million respectively.

Keystone Milling is the first of the accused in the milling cartel to come forward and settle with the commission. Premier Foods and Tiger Brands split on their fellow cartel members in exchange for corporate leniency.

George du Toit, Keystone Milling’s managing director, attended his company’s consent order agreement hearing on April 7 and detailed the threats he said he had been subjected to by other members in the industry.

‘The reason I came forward in an anonymous capacity at first was I was really afraid for my safety,” said Du Toit. ‘You know there were very big figures that we were talking about, very big potential fines and I wanted to know if other companies would become aware, because I felt my safety was at risk.

‘I received a phone call where I was threatened that I should not approach the commission, so that was the reason for the anonymous capacity,” said Du Toit.

He alleged that it was ‘common practice” that if any player did not attend the monthly meetings the bigger players would ‘target their marketing area and hurt them enough to force them to come to the meetings”.

‘At the time we were the only company that was not part of these meetings and there was more and more pressure put on us by various managing directors of some of the other players who made phone calls and said we think you better come,” said Du Toit.

‘Then the phone calls would become more serious and they would say there are ways and means of making you come.”

Du Toit claimed that he then received a call from the managing director of one his competitors warning him not to speak to the commission.

‘I got a phone call one evening and I was told that they just want to warn me in case there is an investigation — the words they were using was don’t go now and run to the commission and tell them about everything; we must all stick together and they would get one big legal team to represent everybody,” said Du Toit.

On March 31 this year Cobro Concrete appeared before the tribunal to admit to its involvement in the concrete pipes cartel and settle with the commission.

The commission’s investigation into a concrete pipes cartel was initiated by a corporate leniency application from Rocla, a subsidiary of Murray & Roberts.

Rocla provided the commission with evidence of a precast concrete cartel that had been operating since 1973 and involved 10 companies in the sector.

One of them, Infraset, a subsidiary of Aveng, agreed to settle with the commission and paid a R46-million fine.

When Cobro Concrete appeared before the tribunal, its lawyer, Charmaine Schween, detailed what had happened to it when it had tried to leave the cartel in 1999.

‘My client exited the pipes cartel in 1999 and over a period of 1999 to 2002 Rocla and Infraset waged a price war against my client which drove them nearly into bankruptcy,” said Schween.

‘They undercut the market considerably. My client was faced with threats where they were told that Rocla had a war chest of funds and that they would continue to undercut and underprice them to the extent that they would be driven out of business.”

But Millard Arnold, legal counsel for the Murray & Roberts Group, said there is nothing to substantiate these claims by Cobro Concrete.

‘I’ve never heard of a war chest or any threats,” Arnold said.

‘I’m not saying they didn’t happen, but if there was anything there I think we would have known about it.

‘It is an allegation and there is no proof that it actually happened,” he said. ‘Why didn’t they say something about it at the time?”

Attempts to get comment from Aveng before deadline were unsuccessful.