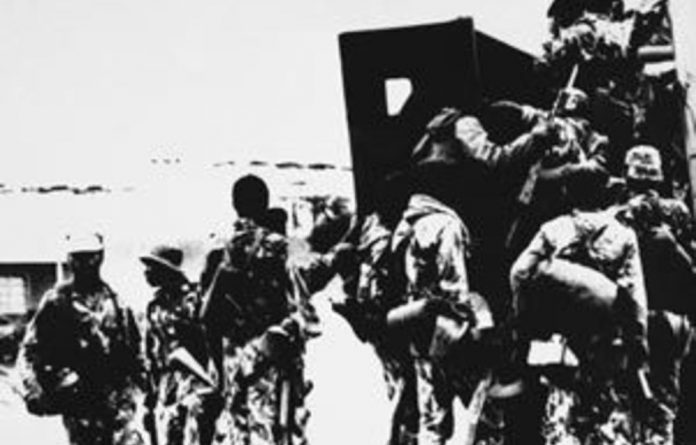 Civil society organisations are up in arms about the Zimbabwean government’s invitation to the North Korean national football side to base itself in Zimbabwe during the Soccer World Cup in June.

The Korean side is scheduled to train and play practice matches in Bulawayo, in the heart of the Matabeleland and Midlands areas, where the North Korean army-trained Fifth Brigade allegedly went on a rape, torture and murder spree that is said to have left 20 000 people dead between 1982 and 1987.

Civil society has condemned the move as “an insult” to both the dead and the survivors of the Gukurahundi pogrom, when the exclusively Shona Fifth Brigade was accused of being responsible for the ethnic-political cleansing of mainly Ndebele civilians.

“One of my aunts was murdered outside her household and the army refused her a burial, so for days we watched the dogs eating her corpse as it lay there at the gate until they left,” said Effie Ncube, an activist with the Matabeleland Constitutional Reform Agenda in Bulawayo.

Ncube said that more than 30 church and civil-society organisations concerned with human rights issues have begun mobilising against the invitation by Zimbabwe’s tourism minister, Walter Mzembi, a Zanu-PF member.

If the lobbying of political parties and the government fails, protests are also planned during the North Korean stay in Zimbabwe and at all their matches during the tournament in South Africa.

“We’ve had no response from [the] government [of national unity] yet. But we don’t expect them to respond, especially on the issue of Gukurahundi, which nobody is allowed to really speak about,” said Ncube.

Another activist, Blessing Mhlanga, said the protests would go beyond the “merely symbolic” and would include pressuring football teams in Bulawayo to refuse to play the North Koreans.

“We have been informed that what [the government] intends doing is to pitch friendly matches with big teams in Zimbabwe as part of their training — We know they would want to play the Highlanders,” Mhlanga said. “Imagine the insult. We’ll soon be making frantic efforts to ensure that Highlanders FC takes a clear position on this.”

The Movement for Democratic Change, which has a strong following in Matabeleland, has yet to release a party statement on the issue, prompting criticism.

Methuseli Moyo, spokesperson for the Zimbabwe African People’s Union (Zapu), was dismissive of the MDC’s influence in the government of national unity.

“We’ve noticed that the MDC is very selective about the issues it chooses to raise and they don’t seem to appreciate the gravity of Gukurahundi … One can’t help but sympathise with the MDC. They seem powerless in that government.”

Zapu supporters bore the brunt of the reign of terror, which included public executions and people being thrown into empty mine shafts or being burned alive in their homes.

Zenzele Ndebele, a filmmaker who documented victims’ and survivors’ experiences of Gukurahundi for his 2007 film, Gukurahundi: A Moment of Madness, said: “[MDC leader and Zimbabwe Prime Minister] Morgan Tsvangirai was the guest of honour at the launch of my film in 2007 and he promised a truth commission on Gukurahundi.

“What has happened to that and how can this government now allow the North Koreans to stay in Matabeleland?”

Speaking to the Mail & Guardian after an MDC national executive meeting on Wednesday, party chairperson Lovemore Moyo said: “We didn’t have a chance to discuss the issue [of Gukurahundi] today. We had a lot of issues to discuss.”

M&G attempts to question MDC Cabinet ministers about whether the party had tried to effect a government about-turn on the North Korean visit proved fruitless.

President Robert Mugabe has not acknowledged the atrocities, describing them only as “a moment of madness”.

The massacre also appears off-limits in Zimbabwe’s national discourse. On March 26 this year painter Owen Maseko was detained for four nights after his exhibition about the Gukurahundi atrocities opened at the Bulawayo Art Gallery.

Maseko was charged with “displaying certain pieces of art that were allegedly insulting to Mugabe or causing offence to persons of a particular race or religion”, reported Zimbabwe’s the Standard newspaper.

According to activists in Bulawayo, no one has since been allowed to view the exhibition.