Chiefs dump SuperSport out of Cup 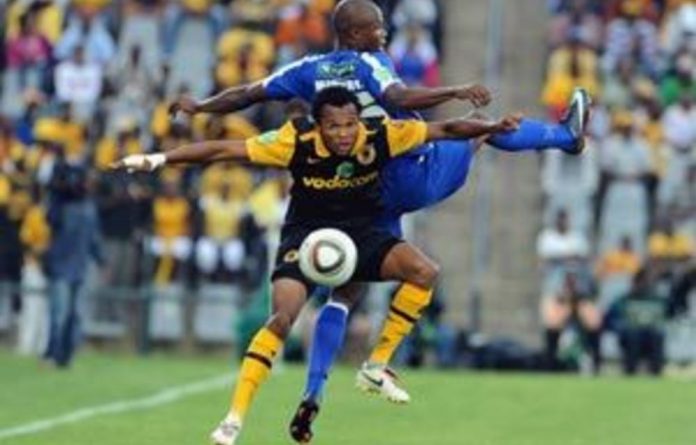 Kaizer Chiefs’ faith in coach Vladimir Vermezovic this season has been justified after Amakhosi defeated Premiership champions SuperSport United 2-1 in the Nedbank Cup on Sunday.

After a slow start under their new Serbian-born coach at the beginning of the season, things are staring to turn to gold for Chiefs and Vermezovic.

Team manager Bobby Motaung believes Chiefs are on track to add the Nedbank Cup to the Telkom Knockout Cup they lifted last weekend when they defeated holders Ajax Cape Town 2-1 in the final played in Durban.

Said the Amakhosi team manager: “We are hitting top form late in the season. Beating SuperSport was brilliant, but what impressed me was the way we did it.

“We played well and, most importantly, the players are enjoying their game. I reckon we are a good bet to win the Nedbank as well and end the season on a high note.

“Signing Vermezovic at the start of the season was a great move by the club. It is now starting to pay big dividends as he has shown he is a top coach.”

Vermezovic was delighted with his side’s fighting performance: “We recovered in the second half after going a goal down late in the first half.

“SuperSport are a top class side and this was a big win for Chiefs. By beating United we have shown our triumph in the Knockout was not a fluke or a one competition wonder.

“This was a really good result and professional display from my players. It augers well for the remainder of the competition.”

Vermezovic admitted he had to work hard to make sure the Knockout triumph did not spoil their hopes of adding the Nedbank Cup to the club’s silverware.

“I allowed the players to celebrate for two days after winning the Knockout and then it was down to business again.

“Had we not played a big side like SuperSport my job might have been more difficult in getting the players’ minds back to earth.

“But they knew SuperSport are a quality side and they went out focused and did the business.”

United coach Gavin Hunt, was crestfallen after an 88th minute goal from Knowledge Musona sunk his depleted side: “We are scratching for a side with the injuries and Bafana Bafana call-ups, but I am not going to make any excuses.

“I have been using the cup competitions to field different players with a view to building for the future.”

SuperSport scored through Lethladi Madubanya in the 43rd minute while Mthokozisi Yende bagged the equaliser with Zimbabwean hitman Musona grabbing the late winner.

Both Hunt and Vermezovic denied that United defender Thabo September, had signed a pre-contract agreement with Chiefs.

Said Hunt who dropped his stand-in captain after a couple of poor performances: “I always lose players at this stage of the season. I will lose another big name player within the next two weeks, but that’s life. All I can do is rebuild and go out and try and win the league again.”

Hunt will have the consolation of playing in the African Champions League to keep his players busy until next season, while Chiefs go into the hat when the second round of the Cup is made in Johannesburg on Monday. — Sapa