Precedents opened the door to the media 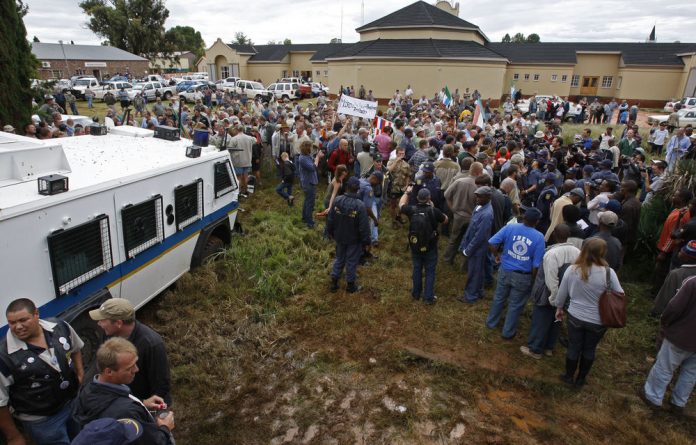 Zola Majavu, the attorney representing the 15-year-old, one of two males accused of killing Eugene Terre’Blanche, says he will not oppose any application for the media to be granted access to the trial.

The trial date for the murder of the Afrikaner Weerstandsbeweging leader is still to be set.

South African law prohibits members of the public from attending the trial of a child, though journalists can be granted permission to be present. The Child Justice Act has not changed this.

“There is no need for me to oppose an application for the trial to be open to the media because they have to agree not to prejudice my client,” he said.

“At any time [if] they do not abide by these conditions and give away any information that may identify my client, I will oppose the media being present.”

Majavu said the minor would give all his evidence in camera.

If he did oppose the media being granted access to the trial, said Majavu, it could be argued that the rights of the media and the public had been infringed.

The National Prosecuting Authority (NPA) has decided that the teenager and his co-accused, 27-year-old Chris Mahlangu, will not be tried in separate trials.

Media24, e.tv, Independent Newspapers and the SA National Editors’ Forum dropped their special application to have access to the bail hearings heard in open court after the minor decided not to apply for bail.

The media have been granted access to Mahlangu’s bail application on May 10, but NPA chief Menzi Simelane is standing by his stated intention to oppose their attempts to have the murder trial open to the public, because one of the accused is a minor.

Jacqui Gallinetti, a senior lecturer in the law faculty of the University of the Western Cape, said there were precedents where cases involving minors had been opened to the media. In 2004 a 12-year-old girl in KwaZulu-Natal was accused of conspiring to murder her grandmother and, Gallinetti said, the media had applied for access to the case.

They met the conditions set for them being admitted to court and the child’s identity was not disclosed.

“It’s about balancing the rights of the child not to be identified and potentially being subjected to victimisation with the interests of society to have insight into a particular matter,” she said.

Her view of the Terre’Blanche murder trial is that, provided the rights of the child are protected and the media comply with any conditions set by the court, she would have no problem with them being granted access.