The law of discovery and intuition 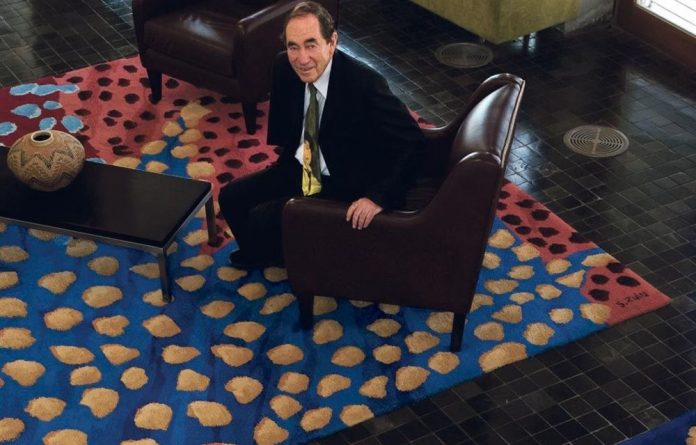 Albie Sachs served on the first Constitutional Court of South Africa. A lifelong member of the ANC and a political activist, he was forced into exile in the 1960s. Years later he was a victim of a car bomb planted by the South African Security Police that cost him his right arm and the sight of an eye. Although he practised as a barrister at the Cape Bar before going into exile and later had a distinguished academic career, his background marked him as a different kind of judge from his 10 colleagues on the Constitutional Court.

As he says in the prologue to his book: “I never took my being a judge as something natural, preordained and unproblematic. The intensely contradictory nature of my earlier relationship to the law would not have allowed this.”

Reviewing his record at the Constitutional Court, it is evident that Sachs brought a different perspective to the court. He wrote beautifully and his judgments often combined eloquence, compassion and an even rarer quality, legal imagination.

For this reason, it was with great expectation that I sat down to read this book that documents his career on the court. In particular, a chapter entitled “Tock-Tick the working of a judicial mind” promised to give the reader an insight into the mind of a judge involved in developing a new jurisprudence for a recently born democracy. For as he writes: “Our primary challenge had been to lay secure foundations for a transformative constitutional jurisprudence.”

Sachs suggests that when a judge sits down to write a judgment, the initial processes entail discovery and justification. By discovery, although the description in the book is extremely enigmatic, Sachs seems to mean a process of intuition; that is a judge, faced with evidence and argument, intuits a conclusion based upon “that intense feeling emerging inside yourself based on a lifetime of experience”. Intuition alone may lead to an arbitrary conclusion. Sachs thus contends that this problem is cured by a process of justification.

But the process of adjudication involves more than the achievement of harmony between discovery and justification; a logic of persuasion of the legal and broader community is also required. In this context, Sachs invokes the concept of rhetoric, distilled from the mystique of law to so persuade the audience. Finally, a judge “preens”; that is she or she engages in “a little bit of show-off that adds a distinctive voice and register to the exposition”.

Save for preening, for which most judges pressed with a large case-load have no time, there can be little objection to the three concepts employed by Sachs. But sadly the book hardly develops these concepts into a coherent exposition of the judicial mind. As a result a reader gains no serious understanding of adjudication — that is, the process by which a judgment is made.

In addition, Sachs hardly refers to the influence of political choices made by judges. Take, for example, the case of Jordan, which is discussed in some length in the book. The court dealt with the constitutionality of a law that penalised sex workers. Although Sachs was in the minority, in his judgment he was still not prepared to declare unconstitutional a law that had been spawned out of the morality of apartheid. His justification for this conclusion was that other democratic societies maintained a system of criminalisation of sex work.

On its own this is hardly an explanation. The Constitutional Court had a clear choice. It could have declared the law to be unconstitutional. It declined to do so and the reason is not difficult to find. Both majority and minority judgments reveal an approach saturated by a conservative morality that refused to examine the power relations of society that, in many instances, gives rise to conditions that afford little economic opportunity to those affected by the judgment than to have recourse to sex work. Nor did the court engage in any analysis of the contested concept of sexuality.

Understandably, Judge Sachs reveals a pride in the way in which the Constitutional Court found for the Treatment Action Campaign in a case brought by that organisation to compel the government to provide antiretroviral drugs to pregnant mothers. But there is little explanation as to why the court adopted a standard of reasonableness to determine whether the state was in breach of its constitutional obligations to provide social and economic rights to the poorest sections of the community. The court could have chosen a jurisprudence that set out a defined standard to determine a minimum core for these rights. The best we get is the following: “We sought to express the need both to remind the state of its duty to protect the fundamental dignity of human beings and to recognise the fact that it was the role of the government to determine the priorities, texture and detail of the manner in which it fulfils its responsibilities.”

Critics of this approach contend that the court adopted an excessively deferential attitude to the executive and the legislature. Now the court’s approach is sourced in a justifiable model of judicial modesty. But the book does not engage either with the defence or this criticism, surprisingly so when it was Sachs, to his great credit, who developed extremely progressive notions of social and economic rights in papers authored for the ANC prior to 1990.

In summary, readers will gain insight into the personality of one the court’s most important justices. But, beyond that, the book provides too superficial a gloss on the nature of the complex process of adjudication and why the Constitutional Court stopped short of developing a jurisprudence that could have altered the fabric of the legal culture that dominated the South African legal community prior to 1994.

The fault may be that this book represents an excessive, triumphalist celebration of the achievements of the court rather than a critical reflection of whether it truly transformed the legal system as opposed to predominantly being concerned with the critical eradication of apartheid laws and their bigoted implications. This is regrettable as The Strange Alchemy of Life and Law is penned by a judge who authored opinions that held out a real possibility of a significant break with the legal culture of the past.