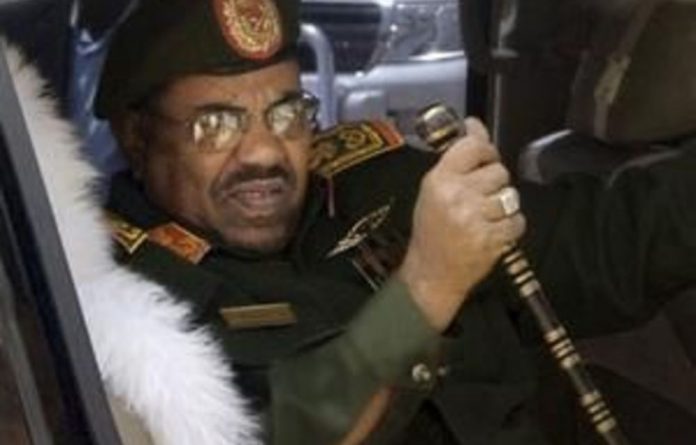 Sudan President Omar Hassan al-Bashir stamped his authority on Africa’s biggest country on Monday with a decisive election win that followed a campaign that highlighted the uncompromising tactics of a career soldier.

The next few months will test whether al-Bashir, the world’s only sitting leader to be wanted by the International Criminal Court, also has the political skills to steer Sudan towards a 2011 referendum that could see the mostly Christian and traditionalist south break away from the Muslim north.

The oil-producing nation is facing a delicately balanced year as northern and southern leaders — who fought each other during decades of civil war — try to tie up a list of contentious issues ahead of the secession referendum.

But al-Bashir, staring down an arrest warrant from The Hague over alleged war crimes in Sudan’s western Darfur region, does not have a reputation for delicacy.

He was an obscure army brigadier when he came to power in a bloodless coup in 1989 in an alliance with Islamists, deposing the country’s last elected civilian government.

In his early years in power, al-Bashir oversaw the transformation of Sudan into a radical Islamic pariah state that provided a refuge for al-Qaeda leader Osama bin Laden.

When rebels took up arms in Darfur, he armed militias to crush the uprising, unleashing a wave of violence Washington still calls genocide — a charge dismissed by Khartoum.

Al-Bashir responded to the ICC arrest warrant by expelling 13 major aid groups in Darfur. He has threatened to expel the rest, but has not yet followed through on a step that would be sure to worsen already dire humanitarian conditions in Darfur.

Pragmatism
Al-Bashir’s belligerence has been balanced by pragmatism, particularly when under external pressure.

After the 9/11 attacks on the United States, when then-United States president George Bush warned foreign countries they were either for or against Washington, Sudan stepped up its security cooperation, sharing information about its former guest.

In 2005, again under pressure from Washington, al-Bashir brought his country closer to the international fold with a peace deal that ended more than two decades of north-south civil war and set up the elections and the referendum.

Over the years the regime’s Islamist agenda has taken a back seat to a growing interest in strengthening ties with the outside world, particularly relating to Sudan’s oil industry.

Some major world oil firms are already investing in Sudan, such as China’s state-owned CNPC, and Malaysia’s Petronas. Foreign firms are sure to watch closely plans for the 2011 referendum that could lead to a split of the semi-autonomous southern region from the rest of Sudan.

Al-Bashir has promised to resolve the Darfur conflict through negotiations, although some analysts fear he will be emboldened by his win to launch another military campaign.

The elections win, despite complaints of fraud by the opposition and expressions of concern from observers, has given him a new veneer of democratic respectability, at least at home.

The world will now be watching what he does with his triumph. — Reuters