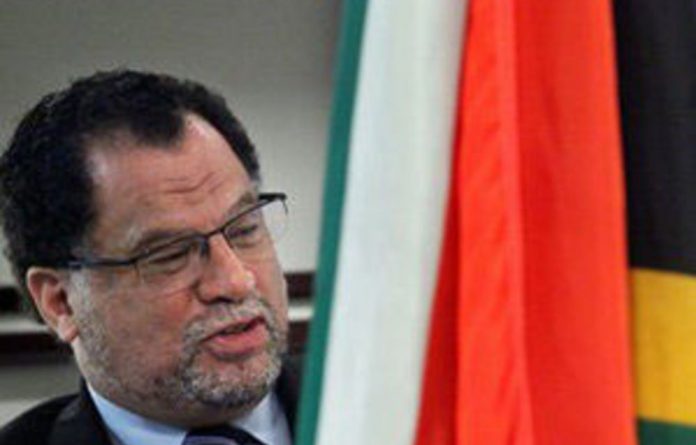 The official World Cup song, courtesy of Shakira and South Africa’s afropop darlings Freshlyground, is Waka Waka:This time for Africa. It’s also the most glorious collection of rank clichés ever assembled in the same song.

The touching opening lines are “You’re a good soldier, choosing your battles/ Pick yourself up, dust yourself off/ And get back in the saddle.” These lyrics are either written by a Supersport presenter (I suspect the foul hand of Neil Andrews, a man who can never resist a pun), or by a committee that’s run an algorithm on the most used phrases during Premier League broadcasts.

“This isn’t over/ the pressure’s on/ you feel it/ but you got it all, believe it.” Good grief. This is so banal, it’s almost poetic. And the recycled 80s house beat that accompanies this ode to over-achieving mediocrity is like the Bafana strike force. Slow, tired, and really doesn’t hit the mark.

And what is one to make of this bit: “Listen to your God/ This is our motto/ Your time to shine/ Don’t wait in line.” That a team of atheists will never win the World Cup? That in true South African style, we don’t want you to queue in an orderly fashion, go on, push to the front, no need to wait? It’s disturbingly religious, and I for one don’t want the trophy to go to the team that’s closest to God. Because then Italy will win again.

Amazingly, this is probably the best World Cup song for a while, although I’m happy to stand corrected on that. The previous best was at the US tournament in 1994, if memory and Google serves me right, where we were treated to the gay double-whammy of Queen’s We are the Champions and Ricky Martin’s The Cup of Life. And the Americans wonder why soccerball doesn’t take off in their country, tsk.

The final bit of the song (because soccer is a game of two halves ,dontcha know) makes the point, “We are all Africa.” Funny, I don’t recall anyone claiming we were all Europe during the last World Cup in Germany, or we are all Asia in the one before. It seems that you aren’t just allowed to visit Africa, you have to become it. If you can convince tourists that they own their cliché, they’ll be a lot less nervous about braving the mean streets of Rustenburg.

I don’t want to be accused of being an Afropoppessimist, so let me add that Freshlyground do us proud, especially when you contrast Zolani’s beautifully engaged voice with the faultlessly soulless delivery of Shakira. And in truth, Waka Waka will do the job of appealing to a cross-section of soccer fans. Proceeds are going to Fifa’s 20 Centres for 2010 programme, and be used to build Football for Hope Centres across Africa, promoting social development. So bad art in a good cause, if you will.

(A previous version of this column incorrectly alluded to the unofficial YouTube video as official. Thanks to @GetDownAdam on Twitter for the correction.)