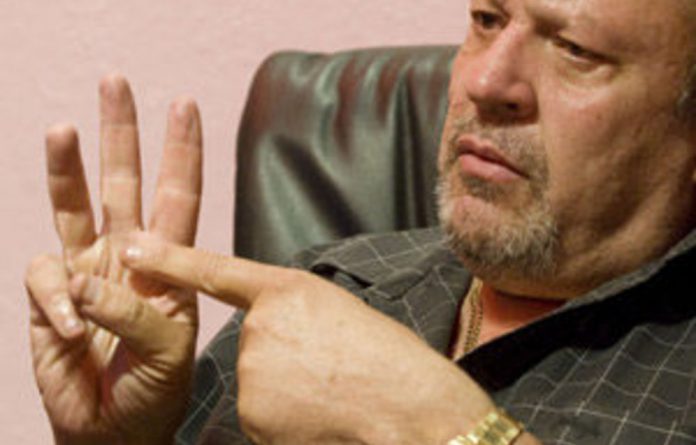 The head of crime intelligence in Gauteng, Commissioner Joey Mabasa, told the Mail & Guardian on Tuesday that George Smith called him on Monday night to allegedly admit to killing strip-club kingpin, Lolly Jackson.

He called Mabasa shortly after shooting Jackson 15 times at a house in Edleen, Edenvale, at about 11pm on Monday night.

Mabasa said: “Yes, he did call me. Three years back Smith was an informant on drugs for us. I had forgotten him. We stopped using him because he turned out to be a drug user. When he phoned yesterday [Monday] he had to explain who he was and then I remembered him. He said he killed Lolly.”

Mabasa said he then planned to meet with Smith, along with back-up, at Bedford Centre in Bedfordview. “When we got there he wasn’t there.”

Police are currently searching for Smith, and Mabasa said his cellphone has been off since last night.

The M&G understands that Smith is a pseudonym for a longer Cypriot name.

Police were on Wednesday still searching for the gunman.

“We do have a team of detectives out there …There is no arrest yet,” said spokesperson Colonel Eugene Opperman.

Jackson’s bullet-riddled body was found at a friend’s house on Monday night.

Beeld newspaper reported that the house was registered in the name of Georgios Toumbis, who put the phone down when telephoned by a journalist.

Teazers clubs across the country were closed on Tuesday.

“Due to respect to family and staff of Lolly Jackson and Teazers, all Teazers will be closed today [Tuesday],” read a notice posted on the door of club in Rivonia.

Bouquets of yellow and red roses were laid next to the door in honour of Jackson.

Teazers spokesperson Sean Newman told reporters at the scene of the shooting that Jackson “was a great man with a big heart who gave to charity”.

Jackson was no stranger to controversy. His love of fast cars landed him in trouble with the law in 2005 when he was caught driving at 249km/h in a Lamborghini. He said he had been on his way to church.

His murder comes just 37 days before the Soccer World Cup kicks off in South Africa and has again put spotlight on the country’s violent crime rates, among the highest in the world. About 50 murders are committed each day, a slightly more than in the United States, which has a population six times larger South Africa’s 50 million people.

Two years ago Jackson was cleared of fraud and immigration contraventions and last year he pleaded guilty to assaulting a former employee.

In April he appeared in court on charges of extortion, kidnapping, intimidation and assault. The case related to a fight with a former stripper and Teazers’ dancer.