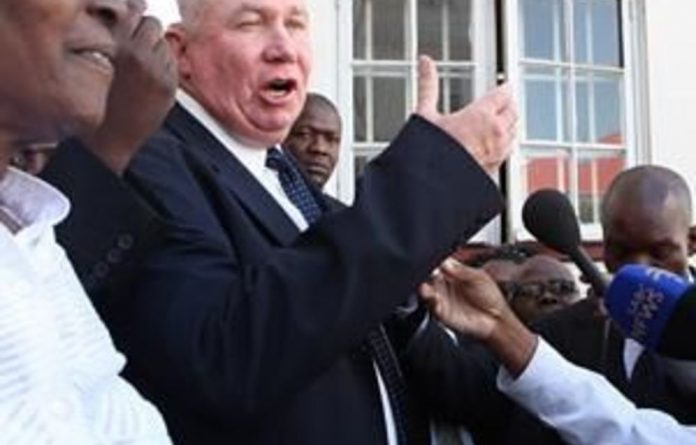 Zimbabwe will appeal the acquittal of a top ally of Prime Minister Morgan Tsvangirai in a terrorism trial, a state prosecutor said on Wednesday, a move that may worsen sour relations within the coalition government.

The charges against Roy Bennett, treasurer general of Tsvangirai’s Movement for Democratic Change (MDC) and its nominee for an important ministerial post, have been one of the big disputes in the unity government with President Robert Mugabe’s Zanu-PF.

Mugabe has refused to swear in Bennett, Tsvangirai’s pick for deputy agriculture minister, saying the white former farmer had to be cleared by the courts first.

The MDC says Bennett is innocent of the charges of illegally possessing arms of war for purposes of committing terrorism, banditry and sabotage.

The high court cleared Bennett on Monday and analysts said this could ease tensions within the fragile power-sharing government set up by Tsvangirai and bitter rival Mugabe last year.

But senior state lawyer Chris Mutangadura told Reuters that the Attorney General’s office would appeal against the decision.

“We are appealing today [Wednesday],” he said. “We are making an application for leave to appeal, –if the judge grants us, then we go for appeal.”

‘Poisoning the spirit’
A spokesperson for Tsvangirai’s MDC party denounced the appeal plans on Wednesday, saying it proved that the Zanu-PF was pursuing a political grudge against an innocent man.

“We have always insisted that Roy Bennett is innocent. This clearly poisons the spirit which is already complicated [in the unity government],” he added.

Bennett, whose charges carry a possible death penalty on conviction, was arrested in February 2009 while MDC colleagues were being sworn in as ministers in the Mugabe-led coalition.

The state’s case — that Bennett planned to fund a 2006 plot to blow up a major communications link and assassinate key government officials — hinged on emails that prosecutors say link him to the crime.

But in the high court hearing, the prosecution suffered a setback when its chief witness, ex-policeman and arms dealer Peter Hitschmann disowned the emails and denied Bennett was involved. High court Judge Chinembiri Bhunu said on Monday the state had failed to prove its case against Bennett. — Reuters