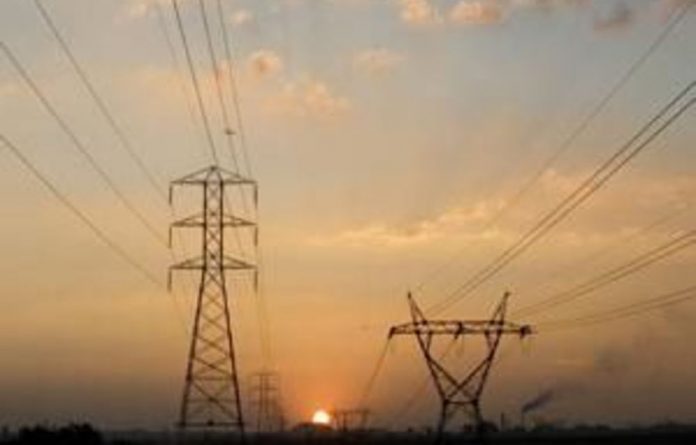 Authorities are asking foreign fans to join South Africans in saving electricity during the Soccer World Cup to avoid power cuts, and will broadcast warning messages about consumption on incoming flights.

The country was crippled by a power crisis in early 2008, caused by years of neglect of generation capacity, which severely damaged industrial output, including the vital mining sector.

The country is now building new power stations, but the programme will not be complete until 2012. Supply problems are aggravated by cable theft.

Partial power cuts in some city districts are still common and traffic lights are frequently out. Power was cut in the Sandton business district on Tuesday morning.

Soccer’s governing body, Fifa, has insisted that big generators are installed in all 10 World Cup stadiums.

Power utility Eskom said in a statement that supplies would very likely be sufficient during the month-long World Cup starting on June 11, but called on the public to use electricity sparingly.

“It is expected that more than 200 000 tourists will arrive in South Africa during the next few weeks, and although electricity supply is expected to be sufficient over this period, cold winter temperatures combined with high electricity demand are likely to place Eskom under additional pressure,” the utility’s Nosipho Maphumulo said.

Foreign visitors will be warned to conserve power through public announcements on flights and notices posted on airline seat tables and in flight magazines.

Eskom is introducing a new system on public television channels this week with a referee holding up coloured cards to indicate the power situation, ranging from green for stable supply to black when power grid load-shedding begins.

At that point, the public will be asked to turn off everything except one light and a television to watch the matches. — Reuters

The construction industry has contracted sharply, partly due to Covid, and needs to rebalance its focus if it wants to survive
Read more
Advertising